Arctic Magic is a video slot with an arctic theme at its central. Richly depicting the North pole, the animals and the background are replete with ice and snow, hence stamping the arctic theme of this slot.

Arctic Magic is one of several online slots that boast a blend of astronomy and striking aesthetics. The animals, which are hugely characteristic of the Northern arctic region, are adequately designed to add more breathtaking features to your gameplay.

Arctic Magic is steep in awarding wins, given the wild multiplier feature that doubles any winning combination, including the wild and other symbols. Arctic Magic also has the free spins feature, where up to 30 free spins can be awarded when you land the feature twice, as well as a 3x multiplier that triples all your wins.

Needful to say, Arctic Magic has more promising payouts than some feature-packed slots in the industry at the moment. This slot comes with 5 reels, 3 rows, and 9 pay-lines, to cement your gameplay. Get to know more about Arctic Magic in the following paragraphs or play slot online today on Wizard Slots.

Microgaming – the Developers of Arctic Magic

Arctic Magic is one of the very thrilling slot games uk by Microgaming. Microgaming is one of the oldest slot providers in the iGaming industry, having been established as early as 1994. Microgaming is reputed to have developed the first-ever online slots machine games. The company has earned widespread acclaim, a strong reputation, and ever-positive reception by players, casino providers, and casino expert analysts.

Microgaming has one of the biggest jackpots wins in the history of iGaming, hence stamping its authority in the industry. A testament to its proficiency is the array of licenses under Microgaming's belt, such as those of the UK, Sweden, Alderney, Malta, Australia, Macau, Norway, Italy, among others. An examplar to other developers, Microgaming has developed some of the following online slots UK:

You can play this game and the other best slots games online form Microgaming on Wizard Slots today. 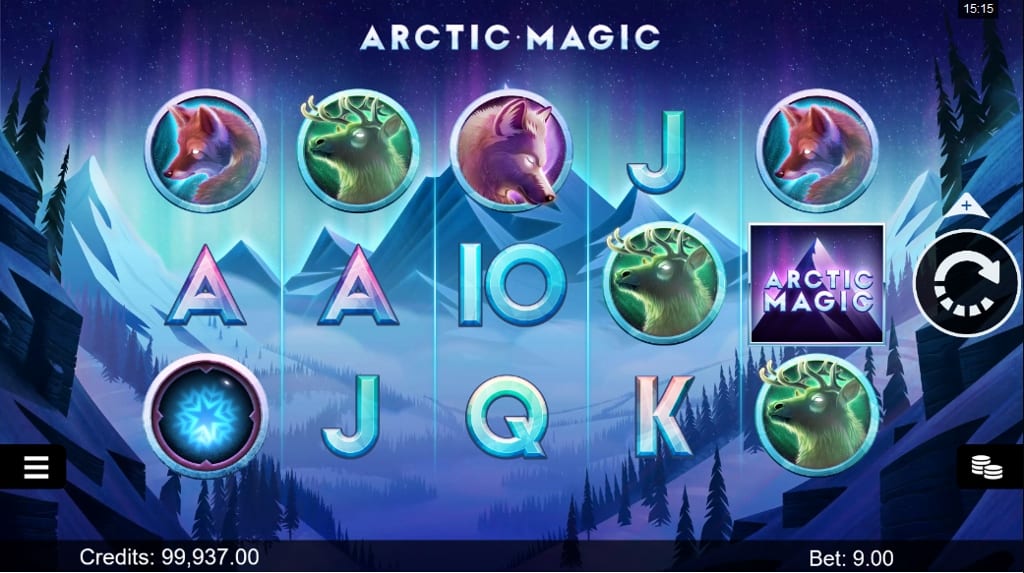 Arctic Magic is all about the wild multiplier feature alongside the free spins feature, with both awarding you the maximum win of 3,333 times wager reward. The free spins feature comes stacked with various displays of the scatter symbol, with 3 or more triggering the feature. The high paying symbols here include arctic animals such as polar bear, wolf, deer, foxes, and wild rabbits. The Snowflake is the scatter symbol.

The Ice Mountain is the wild symbol that substitutes all other symbols save for the scatter symbol. There are the lower-paying symbols in the form of standard card suites, such as A, K, Q, J, 9, and d 10. The wager ranges from 0.9 Pence to 45 Pounds for every spin. You can have a direct touch of the gameplay by playing Arctic Magic on Wizard Slots now!

You can trigger these bonuses yourself by playing on Wizard Slots today and win massively! 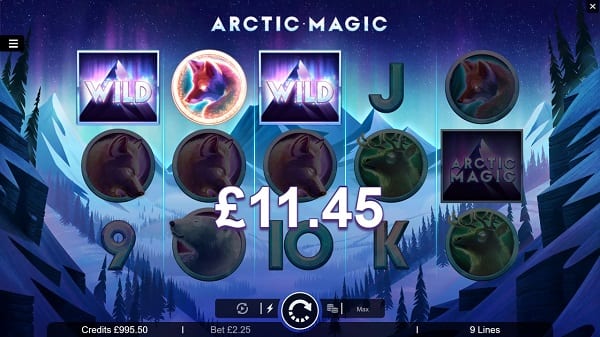 Arctic Magic is one of the online slots that provide you with interesting payouts, even with a few interesting features. If you want more features, try out Wild Pixies slot today!

Here you stand a chance of winning big, especially in the Wild Multiplier and Free Spins features. On the whole, you should try out Arctic Magic on Wizard Slots today, as you could land unbelievable wins!