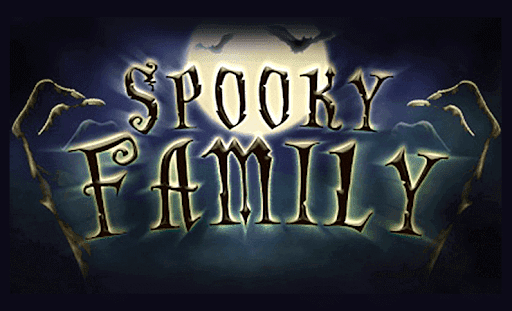 Anyone who has seen the Addams Family will be able to draw comparisons to this 5 reel. This spooky family slot game at Wizard slots features a long, dark-haired female, a moustache-bearing male and 2 peculiar children who feature prominently across the reels. Match the skeleton Wilds and haunted house bonuses to win yourself some cash rewards in this gothic nightmare.

iSoftBet is an online gaming developer that provide new slot games for some of the world’s top gaming operators. Operating in a range of European countries including Italy, Spain, Belgium, Portugal, and the UK, iSoftBet knows exactly what their customers want and how to pioneer and move the goalposts of what people expect from their slot playing experience. iSoft is responsible for a range of branded gaming content that includes games such as;

Spooky Family is a scary slot game that borrows its thematics from the success of the Addams family movies. The game board features extremely detailed graphics and animations that really set this slot apart from the rest as being a game that lives among the upper echelons for its dynamic gameplay and customer immersion.

You are immediately greeted by a rickety gate post that guards the entrance to the haunted family mansion. The gateposts are adorned with a spooky hanging skeleton that unfortunately now acts as a deceased candle holder for this harrowing family. The background fits the stereotypical expectations of what you’d expect from this sort of game. Think scorched trees, gravestones, and a general atmosphere of eeriness.

The Spooky Family consists of a dark-haired girl and archaic looking gentlemen with an extremely fine moustache. Also visible on the reel is Frankenstein’s Monster, the Skeleton Wild, the Haunted House Bonus in addition to a range of lesser value haunted lettering that makes up the rest of the gameboard. 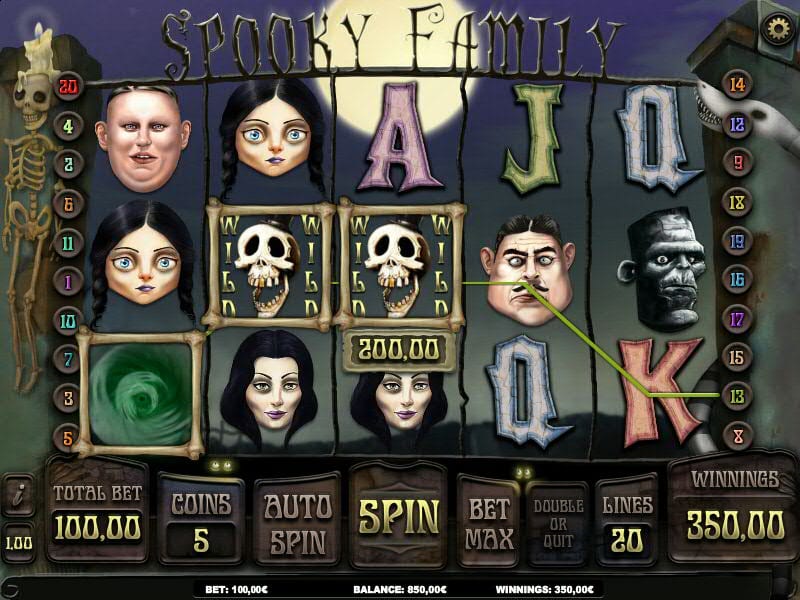 Don’t be alarmed by the sounds of the werewolf’s howl and the stray bat that swoops across your screen every so often. These creatures are all part of the fun. However, if you like to be relaxed while you play then perhaps this spooktastic game is not the one for you. This 5 reel isn’t as sinister as it may sound, despite the gruesome scene, the characters on the gameboard possess as slight comedic feel about them, generating more of a Walt Disney atmosphere rather than an ominous Alfred Hitchcock one.

This game features 5 reels and 20 gruesome paylines. You're scattered symbol is represented by the dark hypnotising wheel which signifies an immediate cash win. Land three or more of these across the reels and you will be greeted with a reward that equates to 5, 10, or 15 times your initial stake, respectively.

The Wild of this slot game is, of course, the gaunt-looking skull that candidly wears the little top hat. For any slot players out there familiar with the usual run of play, the WILD can be substituted for any other symbols on the reels. That’s not all, the WILD symbol can unleash a random bonus side-game that could see you win some enormous multipliers on top of your original stake. Don’t try and second-guess the game, this random bonus is completely sporadic and can occur following every spin. 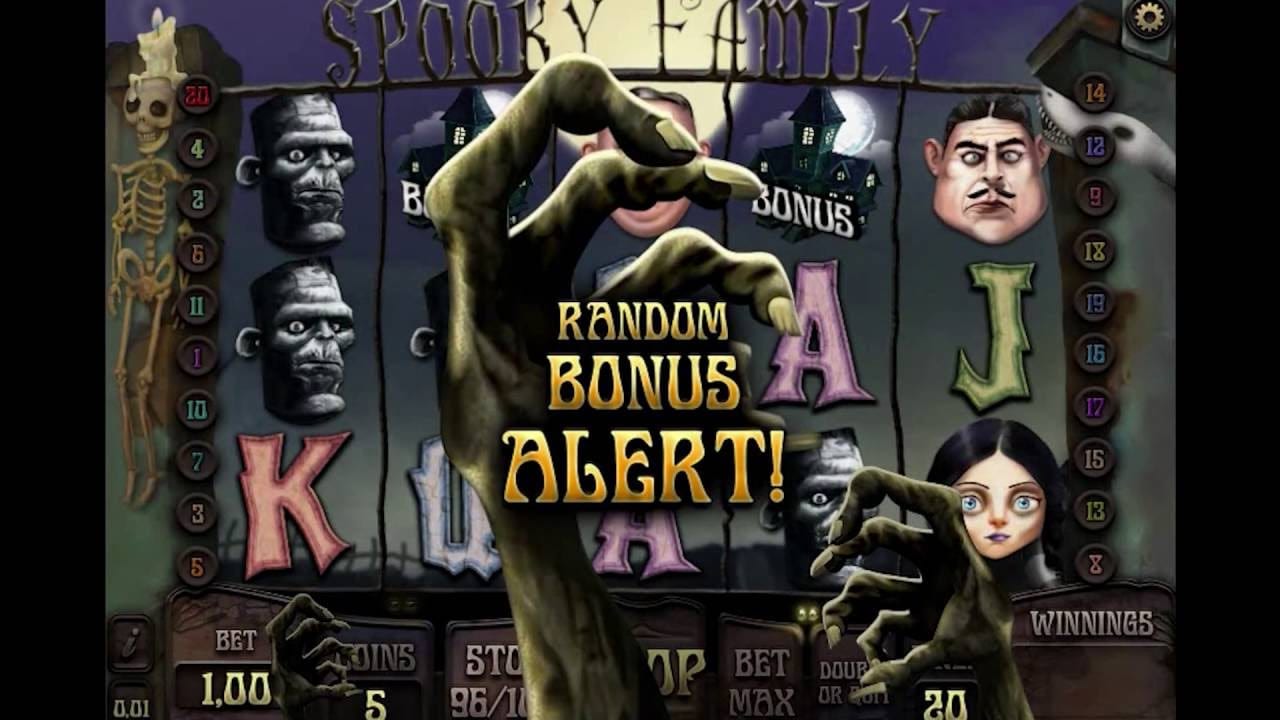 Spooky Family also features a spectacularly unorthodox bonus round that acts as some sort of harrowing tombola wheel. Featuring bats, eyes, and octopus tentacles, you will be rewarded with a prize that relates to the corresponding item that the spinner has landed upon. Everyone loves a bonus game. 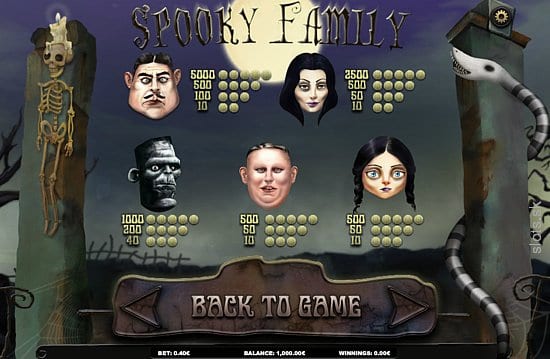 Spooky Family by iSoftBet intends to shock and strike fear into player’s hearts while offering comedic value all at the same time. It certainly achieves this feat. Complimented by some great contemporary graphics and unorthodox bonus rounds this game is a perfect entry point for new slot gamers and a seasonal treat for Halloween.

If this game spooks you out too much then instead why not have a go on our most popular game, starburst slot online?