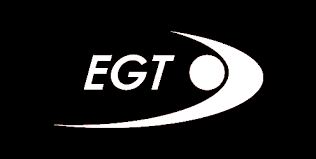 Euro Games Technology, popularly known as EGT, is a Bulgarian software development company launched in 2002. The company provides casino games for both online and land-based casinos. To date, almost 15 years since the company’s existence, they have provided over 150 casino slots operational in 83 countries.

With its headquarters located in Sofia, Bulgaria, EGT is one of the world’s fastest-growing casino game developers. Throughout the company’s existence, they’ve developed casino products that include, but are not limited to; slot online machines, jackpot systems, electronic roulette games, Blackjack tables, and several other casino-based products intended for both the land-based and online gambling industry. EGT provides casino-based games on several continents and is one of the major casino developers in Asia.

From the earlier days of the company’s inception to some of its new products, here’s everything you need to know about one of the world’s fastest-growing software providers.

Euro Games Technology became operational 15 years ago in 2002. The Bulgarian company set up their headquarters in Sofia and began work immediately. The company released their first slot game, Gladiator, in the same year.

EGT was originally intended as a land-based casino development company, but the gambling industry had recently begun expanding into the online world. The first online slot game was developed in 1999 and within the next year, the first 50 online slot games were made operational.

By 2004, EGT began expanding their operations and focusing on several different aspects of the gambling industry. Gladiator was a land-based slot game, but the company wanted to focus on other gambling products as well as expanding their reach in other countries.

Within two years of their inception, EGT took part in their first exhibition, opened up a second office, and introduced new platforms. A year after that, EGT opened up their second office and released more games.

The company had established its momentum and in subsequent years continued to open more offices. Today, EGT is operational in over 83 countries, several continents, and employs a workforce of over 1,400.

Today EGT is a member of several famous communities and organizations. The company’s offices are spread out across five buildings and the total area of their offices, warehouses, exhibition halls and production facilities reaches 16,000 square metres. In 2017, during the ICE exhibition, EGT presented their latest products, including slot online games and their unique jackpot system called Cai Shen Kingdom.

Products from EGT are produced using several different software technologies including Vega Vision, General, and Premier. Their product development is based on the gambling world’s current and prospective needs. For example, EGT has incorporated Global Solution VLT systems to operate lottery video terminals in real-time.

EGT incorporated several different forms of media in their products that include:

Perhaps the best testament to a company’s standards including its safe and responsible gambling policies, fair practices, and compliance with several guidelines include the numerous certifications and licenses it holds.

EGT products are regarded as some of the gambling industry’s most innovative and responsible products. The company has received authorization from the Gaming Standards Association (GSA) and the Association of Gaming Equipment Manufacturers (AGEM).

EGT received its first license from the Bulgarian Gaming Board shortly after its inception and from other gaming boards and commissions shortly thereafter.

In a world where there are obviously several casino game developers and software companies, the main focus is on creating a company that’s unique enough to hold its ground. For EGT, their uniqueness comes from the fact that their slot games are designed as modernized versions of popular games with an increased number of features to make them more appealing than their counterparts.

Notwithstanding creativity, EGT games are also easy to navigate through, simple to understand, have reasonable statistics, and are variable enough for players to find something they’d like.

Several other of the companies advantages include:

Bonuses and Jackpots: The Four-Level Jackpot

Bonuses for EGT gambling products; casino games, slot games, and other categories, are variable based on a punter's location. However, some features are dominant throughout their games. One of which is the Four-Level Jackpot.

Developers at EGT embodied modern and exciting ideas into the classic jackpot system by introducing a progressive jackpot with 4 tiers. This was opposed to the average of 3 tiers by most casino games.

Each user has a chance to hit a jackpot and the winning amount is calculated according to the bet size. However, the rules of each game should always be read in case there are any special terms and exceptions to the general rule.

In some games, the jackpot prizes are aptly categorized as mini, midi, major, and grand jackpots. Along with their in-game bonuses, several online casinos offer incentives of their own for playing EGT games. These incentives vary from one casino to the next.

For example; Wizard Slots is an online casino containing a plethora of online slot games ranging from simplistic ones with low payouts to more complicated ones with significant returns. The online casino features games developed by EGT and offers new players welcome bonuses that include a chance to win up to 500 free spins (Full T’s and C’s Apply).

EGT started off in 2002 as a developer for land-based casinos, but by 2004 the company shifted their focus to creating online slot games. Today, EGT has made more contributions to the online gambling industry than it has for land-based ones.

Their slots are usually designed using Flash and are known for having simplistic controls, creative designs, and a range of themes that includes; history, fiction, fruits, and fairy tales.

Some of EGT’s more popular online slots include:

5 Dazzling Hot pays homage to what slot machines are beloved for - funky and fun fruit themed games. The game features a traditional 5 by 3 slot reel system with 5 fixed paylines.

The most a punter can win in 5 Dazzling Hot is by aligning 5 matching number 7 symbols on the reels for a jackpot prize of £300,000. 5 Dazzling Hot is one of EGT’s most popular online slot games and is available to play on both desktop and mobile phones.

Prepare to explore the ancient pyramids of Giza in EGT’s progressive slot game with several in-game bonuses such as scatters, wilds, and free spins. Grace of Cleopatra is an online video slot game playable on 5 by 3 reels and contains 10 fixed paylines.

The game contains several symbols representative of ancient Egyptian culture divided into high-paying and low-paying symbols. The gameplay is exciting enough to keep punters at the edge of their seats throughout.

2 Dragons is an Asian-themed slot developed by EGT that’s gained quite some popularity because of its unique design, controls, and gameplay. If you are looking to be taken on a fantastical journey through unique settings and alongside mythological creatures, this slot is worth a try.

If you liked EGT's 20 Super Hot, or any of their other flaming hot, retro-themed slots – then your slot-play is about to go up a notch with 40 Super Hot. This game is a bigger and better version of EGT's original offering.

There are several prizes to be won courtesy of the retro fruit symbols including; cherries, oranges, lemons, plums, melons and grapes. The Lucky Red Number 7 will make you go wild in the bonus games, whilst the Scattered Stars can also shine brightly on you.

40 Super Hot also features a Double-It Gamble Feature that adds an extra special layer of excitement whenever you win a prize.

Themed to Halloween festivities and available to play for free, Halloween is an online slot created by EGT. The game is played on 5 reels, with 3 symbols on each. You can activate up to 20 paylines.

There are 10 regular symbols, 6 of which are themed as well as a Wild, an Extra Wild, a Scatter and a free spins round with a x2 multiplier. It has 4 progressive jackpot levels that can only be won when you are playing for real money.

EGT Interactive is a subdivision of EGT’s gaming company which caters specifically for the online gambling industry. The company has transferred its development projects for land-based casinos towards EGT Interactive to create a more surreal iGaming experience.

The video slots are representative of their land-based varieties, featuring the same themes, along with delivering a real-life gaming experience “from the casino floor”. Premium-class games by EGT Interactive are delivered to the best online casinos of the world and take top positions in various industry rankings.

EGT is a Bulgarian-based casino developer that has been operating for the past 15 years. Although a relatively smaller company with less reach, EGT is regarded by experts as one of the world’s fastest-growing companies in terms of gambling product development.

Their games contain frequently triggered bonus features, a four-level jackpot feature, and several other features. All of this makes Euro Games Technology a popular name and one to look out for when you’re out gambling.