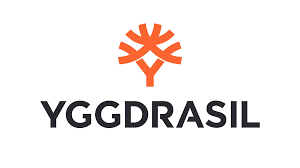 Asgard is said to be a place where the Gods and Goddesses reside. In the middle of ‘Asgard’ there is a tree, but this is not just any old tree. This is Yggdrasil, or what is otherwise more commonly known as the Tree of Life. What is Yggdrasil? It is a deciduous and eternal ash tree.

The branches from the tree of life, Yggdrasil, are said to extend themselves to all nine worlds well-known in Norse mythology, and to extend above all of the heavens. The tree is carried by three roots, the first in Asgard next ‘Urd’ the place where all of the Gods and Goddesses hold their meetings day to day.

The second of the roots from Yggdrasil stretches down to a place known as ‘Jotunheim’, the land of giants. The third takes itself to ‘Niflheim;, nearby the well Hvergelmir. It is there that Nidhug the dragon can be found having a chew on one of the Yggdrasil roots. Nidhug is also known for sucking the blood from dead bodies. 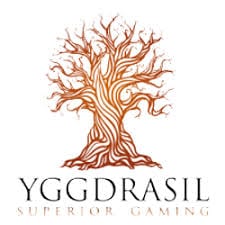 And, at the very top of the tree there is an eagle who hates the dragon, these are both bitter enemies. Amongst Yggdrasil there is also a squirrel called Ratatosk, and he spends almost all of his time running up and down the ash tree. The squirrel does everything possible to keep the fire of the hatred between the eagle and the dragon burning by telling them both bad things that the one has said about the other, and this is the reason the eagle and dragon stay enemies.

But, thankfully, the Yggdrasil casino games developer is nothing like the thing it is named after. These marvellous games makers are instead among some of the best games creators out there today, with a huge range of fun slots game options at the ready for any excitement seeker looking for a great gaming experience with an online casino.

About Yggdrasil and what they do

Yggdrasil is a leading, innovative online gaming content supplier who puts player engagement and user metrics at the core of every game’s focus. This online games provider creates some of the most popular online slots UK and games titles that anyone can play from the industry today. The portfolio of Yggdrasil is a very impressive one, which displays a huge range of extremely popular casino gaming titles including but not limited to Cyrus the Virus, Cazino Zeppelin, Jokerizer, Winterberries, Reef Run.

Yggdrasil’s portfolio also contains other wildly popular gaming options and this also includes progressive slot games like Joker Millions and The Dark Joker Rizes. Thanks in part to the impressive content portfolio, Yggdraasil has managed to secure itself industry tier 1 content supplier partnerships with big names in the game like ComeOn!, Leo Vegas, Unibet, Mr Green and also videoslots.com. At the moment, this games supplier is operating in accordance to the games authority bodies of the UK, Malta and Gibraltar.

You can play their games today with our slot promotions on Wizard Slots.

The key products that Yggdrasil have to offer

Yggdrasil is amongst the best slots games content provider which has set its sights on being the innovators in the industry, known for its slots and games portfolio. To date, the company has launched a number of firsts for the gaming industry and themselves including Super Free Spins, which is a new promotional concept that will give online casinos the chance to give out a more or less infinite number of free spins to different player segments.

The games and products that you can expect to find from Yggdrasil include video slots, classic and video scratch card games, 3D video keno games, instant lotto express, live studio lotto, and also pooled progressive jackpots across various platforms which includes desktop and mobile games. This games provider recently celebrated the launch of a daily live lottery draw announced from Malta, with a  2.5 million euros from a guaranteed progressive jackpot.

What else has Yggdrasil done in the gaming world since the company’s launch?

According to this games provider’s website, Yggdrasil has been a provider of superior online gaming solutions from gaming operators since the business was founded in 2013. Not only that, but it has since shown itself to be one of the industry’s most respected and acclaimed suppliers and currently provides gaming content to some of the world’s leading operators.

The company has won an award every year for their efforts. But who is behind this leading games company? The founder and chief executive is Fredrik Elmqvist, formerly the CEO of NetEnt Malta. Fredrik Elmqvist founded Yggdrasil Gaming in 2012 and lead the company to make it one of the fastest igaming businesses in the world today. Elmqvist is based in Yggdrasil’s Malta HQ and leaders the day to day operations along with the growth strategy.

What does the future hold for Yggdrasil gaming?

There are some very big and exciting things in the cards for the future of Yggdrasil. Recently, it partnered with Black Cow as part of a deal that is going to see the open architecture specialists integrate its GDK platform into Yggdrasil’s new GATI solution, which is the force behind its YG Masters Program and this will enable global and local studios and games making partners to have instant access to game engines thus a fast track to new markets. It is a very exciting time for this online games developer, and you could say this is history in the making.