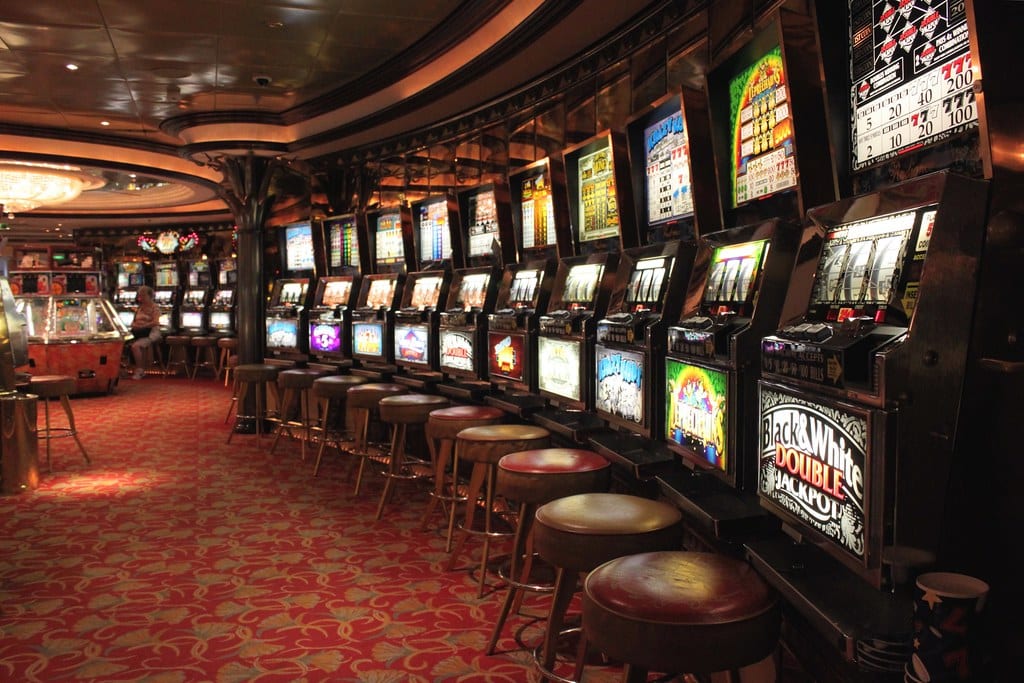 Video slots online uk have significantly improved since they were first introduced. Compared to classic slot machines, they have a whole host of features. These provide players with more ways to win as well as added excitement.

Slots have existed in some form for over 100 years now. The game has always been popular among gamblers. This is because of it's exciting and fast paced nature.

When we look back over the history of slots, we see the basic slot machine design is still the blueprint for all online slots. But games today are far more sophisticated than they were. The first slot machines featured three reels and one pay line.  If you could get three matching symbols to line up, you would win. This meant there were a lot fewer ways to win than there are now. These machines were also entirely mechanical. Players had to pull a lever to make the reels spin. In the early days of slot machines, they were quite easy to cheat because of this mechanism.

Slots became a staple in casinos worldwide. This popularity is what caused manufacturers to further develop the technology. Before video slots, there were electro-mechanical slots. These have electric parts inside. Also, they added lights and sounds to entice players. Slot machines also began to add features such as hold and nudge. This gave players some extra influence on how the reels span. Thus, giving them more opportunities to win.

The first modern-day video slot was created in 1975. People were sceptical as they did not trust the virtual reels. But as time went on and people got used to the idea, video slots began to gain in popularity. This is in part thanks to the invention of video poker, something which players took to fast.

At first, video slots did not have a lot of features. They were much closer to traditional slots as they were limited by technology. But, as time went on, they started to become much more advanced. These original video slots paved the way for online slot games.

Game manufacturers add countless features to video slots to make them more exciting. Sometimes these features will affect the jackpot. But they can also be there to make the game more enjoyable. This means that every game is unique. Each player will have a favourite game. This will usually be based on the theme or the way in which it pays out.

In 2019, video slots online are more advanced than ever. There are so many more ways for players to win now. The games themselves have become much more than simple slot machines.

Most games today will have multiple pay lines. With bonuses and minigames that allow players to increase their jackpot. Some games will also have a progressive jackpot. This means that the jackpot increases after each game.

But the improvements aren’t all jackpot related. Many video slots online will now have storylines that relate to the slot’s theme. Players will be presented with cutscenes that further the plot of the game. Advancing through the story can also give players a chance to increase the jackpot.

In addition to this, the overall look of video slots has greatly improved. Video slots online today look much more modern than their predecessors. These improved visuals have been a factor in why these games have become more prominent.

Moving from machines to the internet was a big step for casinos and slot developers. Once these games were available online, it made them far more accessible for players. No longer did you have to go to your local pub or casino in order to use a slot machine. Now you could do it from the comfort of your own home.

Then came mobile slot games. Once smartphones started to gain traction, it made sense to make games for mobile devices. This meant that players could take their favourite games and play them anywhere. This, combined with the exciting nature of the games, made mobile slot games very popular.

Video slots online are also able to include more features. This is due to the devices used to play them. Many mobile slots will utilise the various features of a mobile phone in their gameplay. Calling for users to shake and tilt their devices when playing.

Slots websites can also contact players and provide them with offers and promo codes. Players are frequently offered free spins and extra money. This gives them the chance to play more and spend less. When playing slots in a casino, no one is going to come up and offer you some money to put into the machines. Or let you play a certain number of times for free. But with online slots, this can happen quite often.

Virtual reality is taking the technology world by storm at the moment. In 2017, the first virtual reality slot game were created. This gives players an extra element of interactivity with the games. Virtual reality engrosses the player into the game that they’re playing. This causes them to be more engaged and makes the game itself more enjoyable.

The Future of Video Slots

In 2019, there are thousands of online slots for players to choose from. Developers are constantly coming up with innovative new ways to draw players in. This leads to players becoming loyal to providers who make the games that they enjoy the most. Each provider will have their own unique style when it comes to making their games. But they will still make sure that each slot is unique and would appeal to players for different reasons.

It’s hard to predict where slot machines will go in the future. But one thing is for certain, they will continue to get better. Slots today are becoming more and more like video games. No longer do you just pull a lever and wait for your result. The interactivity of slots is at its peak right now and will only get better with time. Video slots online are one of the most popular ways to gamble and with all the features they now have, it’s easy to see why. Head to Wizard Slots to discover video slots games here.