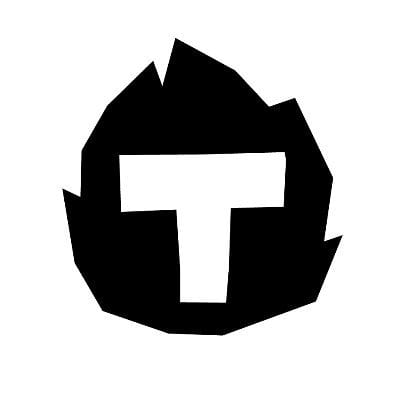 Despite its relatively “young age” as an independent casino game supplier for gambling and entertainment portals, Thunderkick online slots have already earned recognition and success among players and operators of virtual establishments.

Thunderkick slots are readily available at many online casinos because of their simplicity and quality. Featured in most online casinos’ most popular sections, these online slots continue to grow in popularity.

The developer’s slogan sounds extremely simple: “We are Thunderkick, and we create games.” Due to a clear and focused approach to software release for online slots platforms, the provider has confidently occupied one of the most competitive niches in the virtual gambling industry.

All employees of the manufacturer’s company come from another world-famous corporation to develop specific software. The popular provider NetEnt has served as an example in creating the highest quality software.

It is not surprising that the vendor’s online slots are not inferior to similar machines in terms of their quality.

The company holds licences from Malta Gaming Authority and the UK Gambling Commission. There aren’t as many video slots from Thunderkick as other software developers in this space, but there is a strong sense of quality over quantity here. Each Thunderkick slot feels like a work of art. It is a fantastic addition to online casinos.

Thunderkick’s company description began in 2012. For a relatively short period, the manufacturer achieved incredible success among users. The head of the company is Jan Lunde, who has worked for the NetEnt corporation in the past.

The secret of the provider’s success lies in recruiting experienced employees. The manufacturer’s staff consists of exceptional specialists from other development companies.

Employees who have a wealth of experience creating first-class content for virtual gambling establishments have joined forces under the Thunderkick brand to create worthwhile slot games.

The supplier releases software on two popular platforms at once:

Thanks to this, video slots and other slot games are available to all users, not only in a standard browser. The gamer does not need to install any software separately to launch the next batch. All Thunderkick games are stable to play on both desktop and mobile devices based on Android, Windows or IOS.

Thunderkick gaming studio has released just over 40 Thunderkick slots so far. Each of them has its unique plot, which is always humorous and unlike any other. The genre of Thunderkick slots is supported by the appropriate graphic design of the device and sound.

The interface of each slot is simple for users. It is great for playing on any device. In the process of gameplay, users will find various types of bonus options:

All gaming software from the developer can be considered safe since the company operates under two licences at once. One of them was issued by the Maltese regulator and the second - by the British Gambling Commission.
Over the years of its work, Thunderkick Slots has not received any penalties. On the contrary, it testifies to the honest and transparent activities of the developer.

The developer is a frequent participant in international exhibitions and competitions. In 2017, at the Video Slots Awards, Thunderkick received two awards at once:

Other top games from Thunderkick include:

Thunderkick Games With The Highest RTP

Our table shows that the average Thunderkick slots RTP (return to player) is 96.2%. However, there are some exceptions. If you’re looking for a best Thunderkick slot with a high payout ratio, consider the following titles:

This spooky Norse-themed video slot was re-released by Thunderkick Slots in March 2018, re-bringing its 97.3% RTP. This online slot game has it all: fixed paylines, expanding Bork symbols on the middle reel, a sea maiden that pays 50x for five consecutive wins, and a bonus game with free spins as well as expanding wild symbols.

In this 6-reel, 4,096-way slot, you travel to Africa searching for the Magic Peanut. There are 34 free spins to choose from for the bonus game feature.

By collecting all the Elephant Orbs on any given spin, you can win up to 8,200 times your stake if you collect all the medium-value symbols.

With its five by three reel set-up atop a drawing of an ancient sea map, plus serpents and mermaids, 1429 Uncharted Seas features some incredible artwork. Expanding wilds and a free spins round or bonus game with up to 100 spins are two of the most exciting features of this game! Its RTP is impressively high at 98.56%

Significant Features of the Developer's Slots

Slot machines from Thunderkick differ significantly from the software of other developers. You can see this in the originality of the plot. Experts in online casinos even single out their slots in a separate category - ‘fun slots.’ As a result, they have an attractive, humorous plot and a high-quality original design.

When launching the manufacturer’s virtual machines, the user will not find the usual reels here. Instead, the playing field has a non-standard look because each icon is associated with the background of the machine.

The infinity Spin - turns on after a series of free spins, prolonging them. Then, the system itself spins the reels until a winning combination appears.

The gambling games of the Swedish vendor are not alike and have different characteristics. However, they are all distinguished by the presence of:

If you’re looking to play Thunderkick slots, you can be sure that it will be an entertaining game with many merits. One of them is the presence of a progressive multiplier. Although the usual odds are not exceptionally high, a participant in the next session can become the owner of a massive multiplication of the winnings. Thus, the gamer of the party can hit a big jackpot.

For example, the Frog Grog Thunderkick slot features a progressive multiplier after each successful spin. To the left of the field, there is a marking with multiplier values from 1 to 7. It means that in the best scenario, the prize fund for a winning combination can increase by seven times.

The online slots of the Swedish company are distinguished by the presence of a large number of different options. One of the most popular options is buying a bonus round. As a rule, free spins in a game are triggered after a specific combination of symbols appears on the field.

However, the manufacturer Thunderkick made it possible for players to buy such an option separately. As a result, it makes the session even more fun and beneficial for the participant.

The main feature of the software from the Swedish provider is the introduction of non-standard and original solutions into each machine. Among all simulators, it is impossible to find two identical. Each of them has a unique set of options and parameters.

In general, slots have the following characteristics:

Most Thunderkick slots have five reels, but there are models in which they are absent. Also, in Thunderkick slots, the participant does not have the right to independently adjust the number of active lines in the party. Instead, the system does this automatically.

How To Choose Slots From The Developer

Since the manufacturer Thunderkick produces a relatively diverse collection of games, each player faces choosing the best Thunderkick slots for themselves. Each device is distinguished by individual characteristics considered when selecting a simulator.

Slots’ volatility directly reflects the size and frequency of losses during a game. Slots with a high score give the gamer solid payouts over a relatively long distance. With an average level of volatility, the user can count on the optimal ratio of frequency and size of winnings. The company does not release games with a low level indicator.

Thunderkick did not skimp on bonuses in their slots. Slot machines from the manufacturer can offer the player a variety of functions:

The higher the winning opportunities a player can get during the game, the more profitable and exciting. The user can choose a slot game with one of the described bonuses or several. The provider’s portfolio contains a variety of offers for gamers.

Want to play Thunderkick slots? All Thunderkick slots deserve attention; however, gamers have singled out several works for themselves with an exceptionally positive mark. Operator’s popular gambling games include:

Each machine has a unique functionality that will appeal to any player. The software from the company often receives awards at exhibitions and competitions. It testifies to the international recognition of the software from the Swedish provider and its exceptional quality.

Unfortunately, the Swedish provider does not release jackpot games. It is due to the need to form a decent pool for payments to the winner. Currently, the software from the developer is not as popular as that of other industry giants.

However, the developer offers gamblers a wide selection of slot machines with high volatility, where the coefficient reaches × 10,000. It means that any gamer can win a substantial prize.

Thunderkick Games And Slots For Mobile

Absolutely all Thunderkick online software works stably both on a personal computer and on mobile devices. The software from the company is released based on the multifunctional HTML5 platform. That means that the user will run a game on the selected simulator even though a regular browser on his smartphone.

The provider’s games are also available in particular gambling and entertainment portals applications. At the same time, the interface of the machines is adapted maximally to the relatively small screen size.

All function buttons are conveniently located, and the gameplay can be controlled using a sensitive touch screen. Moreover, the user has no restrictions on access to his favourite entertainment.

Pros and cons of the provider

In a relatively short time, the Swedish provider has reached incredible heights in software development for gaming clubs. First of all, the advantages of proprietary software from the company are:

The company is developing dynamically, offering players new entertainment with enviable regularity. However, the apparent disadvantages of the software include the lack of table games and a progressive jackpot in the slot machines.

You can find many exciting players’ opinions about Thunderkick entertainment on the Internet. It’s safe to say that Thunderkick reviews are primarily favourable.

Users note the non-standard functionality of the device, the positive plot of each story, and the opportunity to play the game for free, especially for a separate category of gamers - Thunderkick demo.

Thanks to it, the participant can use demo credits from the provider and test the device’s functionality without unnecessary risks.

In conclusion, you should note that this Swedish provider never ceases to amaze fans of gambling software with its developments. Each slot is unique in its set of parameters, which provides certain privileges for the gamer and increases the chances of winning.

Even though the provider’s portfolio is relatively small, you will not find such a variety of bonus options and other functionality even among some large developers. Also, if you want a convenient place to try the Thunderkick variety, then Wizard Slots is the best place to try your favourite game without any hesitation.

All values (Bet Levels, Maximum Win, etc.) mentioned in relation to this slot games are subject to change at any time.