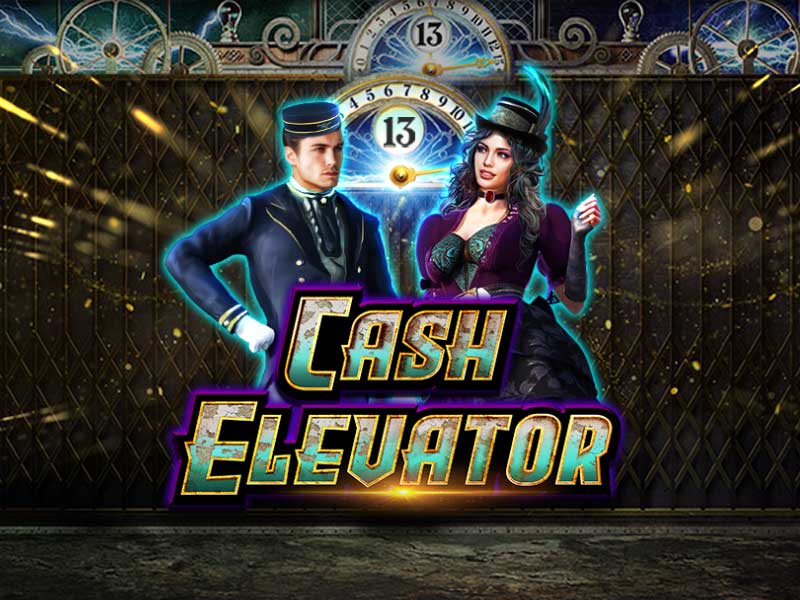 Cash Elevator is a spooky online slot from Reel Kingdom (Powered by Pragmatic Play) with a 5x3 grid and 20 fixed paylines.

Cash Elevator is a high-volatility slot with a unique look. It has many brilliant features and a top potential prize of up to 20,000x your stake. Stakes range from £0.20 up to £4 on the online gambling site, Wizard Slots.

This slot is quite unusual, with gameplay different from the norm. Yet it is relatively simple. Once you open the game, the first thing to do is to place your wager, and you can do this by using the +/- buttons on either side of the Spin button.

The (i) icon on the left corner of the screen contains the paytable and game rules. Meanwhile, you can change other settings through the menu button at the bottom left of the screen.

Finally, after completing all necessary adjustments and choosing your bet amount, you can click on the Spin button to start playing.

Winning combinations still follow the pattern of most slots. You have to land at least three matching symbols on a payline starting from the leftmost reel.

This slot boasts a wide variety of symbols. First is the set of royal card faces, which are the low-paying symbols. They are followed closely by the mid-level symbols, which include chests, an automobile, a key, and a telephone.

Lastly are the high-paying symbols - a pocket watch, a cat in the moonlight and the Cash Elevator hotel.

All the mid-level symbols set are worth between 0.4x and 5x your stake if you land 3 to 5-of-a-kind.

The pocket watch is worth up to 25x your stake, and the moonlight cat can payout up to 30x your bet - meanwhile, the Cash Elevator hotel peaks at 50x your wager, all for a five-of-a-kind combination.

There are also wilds in this slot represented by a male and female. They can substitute for every symbol, excluding the Up and Down arrow symbols and the Money symbols. However, the wilds can only appear in the Dead Lovers Bonus Feature.

This feature is always active during the base game. The entire game grid represents an elevator in a 13-floor building, plus a basement level. You start the game on the 1st floor with all the symbols on the reels. With each increasing floor, the lowest paying symbol is removed.

So, on the 2nd floor, the lowest-paying symbol is the 10. On the 3rd, it’s the J, and so on. As you progress, the symbols keep reducing, and by the time you get to the 12th floor, only the moonlight cat and Cash Elevator symbol will feature on the reels.

Watch out for the Up and Down arrow buttons, which can only appear on reel 3. If the Up arrow symbol lands, it will move you up by 1, 2 or 3 floors. On the other hand, if you land the Down arrow button, it'll send you down by 1, 2, or 3 levels.

You can also go up a floor each time you land a winning combination using that floor’s lowest symbol.

Meanwhile, if you fall on the basement level, it'll trigger the Basement Feature, automatically moving you up to a random floor between 1 and 12.

Note that the counter above the reels shows your current floor at any moment, and the floor’s lowest symbol is shown in the top left of the screen.

To activate this feature, you must land either of the wilds fully stacked on reels 2 or 4. If this happens, it'll prompt you to pick one out of three options to determine how many Free Spins you get.

The potential Free Spins you can get range from 6 to 12. However, if you activate the feature with two stacked wilds, you can get between 12 and 24 Free Spins.

At the start of the feature, stacked wilds sit on both ends of the playing grid - on reels 1 and 5. They only change position anytime you land a winning combination involving the lowest symbol on the current floor. The two wilds move a reel closer to each other when this happens.

The wilds can end up meeting in the middle of the grid on reel 3; if this happens, they merge into one symbol. That will earn you an additional 5 Free Spins!

The Hold and Spin Feature

If you can climb up to the 13th floor, it will activate the Hold and Spin feature, starting with 4 respins. You will also get a new board where only blanks or special Money symbols may appear.

Anytime you hit one of the Money symbols, it will reset the respins to 4, and the Money symbol remains locked on the reels while the other positions spin. However, if you fail to land another Money symbol before you run out of respins, the feature ends, and you return to the base game.

Before you start the round, you have to choose 1 out of 3 options to determine the number of Money symbols you will start the feature with. You can receive between 3 and 11 Money symbols, and they will be randomly distributed on the reels.

There are two types of Money symbols which you can get in this round. One is silver, while the other is gold. Both come with individual cash values attached to them. You could also land cash notes with values that depend on your current floor level. Finally, you may get a multiplier symbol which can award you up to a 10x boost for the total win of that respin. And if you land more than one multiplier in the same respin, you shall get the added values of the multipliers.

At the end of the game, which could be if the reels are full or you've exhausted your respins, you'll return to the base game and resume playing on a random floor between 1 and 12.