The mystical nature of Chinese traditions and often calming nature of the culture makes the Chinese theme a popular one for developers of online slot games. However, the theme has rarely been carried off as well as it has by Red Tiger Gaming, here, in Dragons Luck.

Bringing 5 reels and 10 active pay lines, Dragons Luck is a brilliantly graphically designed video slot that brings ancient Chinese legend to the table. The table itself is made up of fire-breathing dragons and more, all of which have great detail and golden shimmer, making for a really good-looking slot.

Discover the mystical legend of the dragon, right here at Wizardslots!

This game was developed by Red Tiger Gaming who often look towards China for slot game inspiration. Well practised in this theme, they really pull it off well with Dragons Luck. As per, graphics of the highest quality give this online slot game a very classy feel and it seems to run super smoothy as a result.

Totem Lighting provides an example of another well-designed and exciting video slot game in the growing catalogue of Red Tiger Gaming. Like that title, this game will regularly trigger some of the bonus features on offer - something that makes it a very attractive slot game for the online gamblers out there who know their reels. 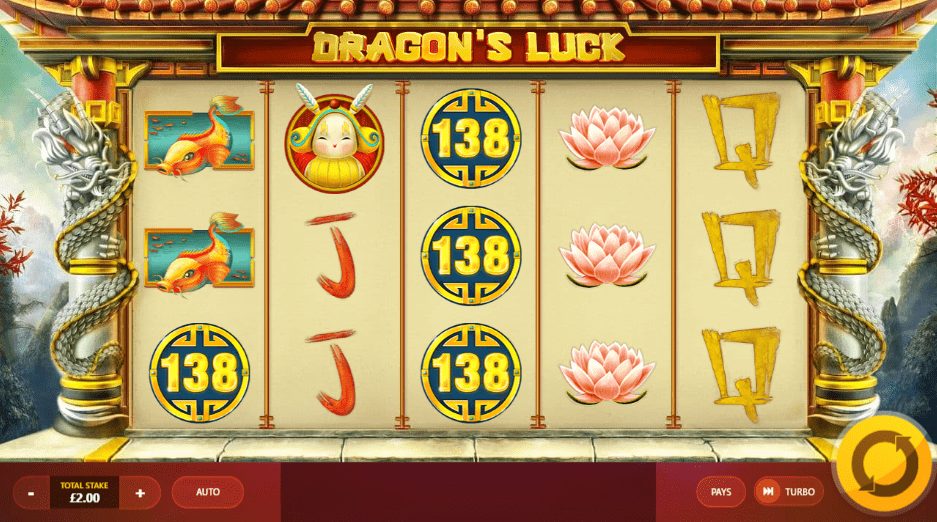 Dragons luck is one of those slot games that stay with you long after you have played it.

Set in an ancient Chinese temple, the backdrop is very detailed which is typical of a slot from this developer. So too is the classy design of the symbols, with the golden get-up seemingly glistening in the light of a sunny background beyond the arches of the majestic temple.

Typical playing cards make up the lower paying symbols in this game which provide some familiarly for slot game regulars. However, plenty of themed symbols are present and well-thought-out, too, with a water lily, koi carp, Chinese doll and a 138 coin occasionally appearing on the reels and acting as the higher-paying offerings.

Moving on, there is a Dragon Coin symbol, too. Should this land, it will rotate to reveal a secret symbol that can potentially lead to a payout by itself. Furthermore, the so-called ‘Mega Coin’ acts as something even more illustrious. The giant 3×3 symbol can activate some huge payouts, acting as the most valuable symbol of all in Dragons Luck.

If you were to fill the entire screen with 138 coins, though, you will witness the best possible combination. This will give you not 138 times your stake, but 1380 times it! Truly an amount of money to get excited about! 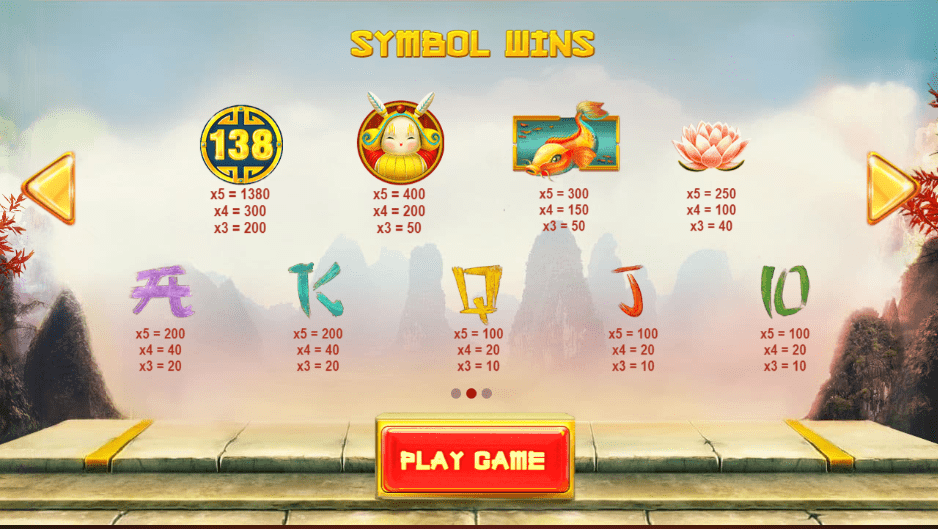 This game meets expectations in that the ancient Chinese theme is well-executed by the developers. A stunning backdrop goes a long way towards making the entire game a really good-looking one, with the symbols themselves being well thought out and intelligently worked into the theme.

The potential of big wins thanks to bonus features is another enticing prospect on offer here in a very solid online video slot. Have you enjoyed Dragons Luck? then why not try Totem Lightning?