Emerald Diamond is an online slots game from developer Red Tiger, which offers a very simple and slick gaming experience. The game offers just three reels and one row with a single payline, so simplicity is very much the order of the day when it comes to Emerald Diamond. Here, we’ll take a closer look at all aspects of the game, and you can find out a little more about Red Tiger too at this slots casino.

Emerald Diamond looks to be a very simple game, on first inspection. Having just one winning line across one row on three reels in this game takes playing slots online right back to basics. The symbols used on the reels will be familiar to fans of fruit machines, with bars, sevens and diamonds all used. The sound effects even mimic the noises a real cabinet fruit machine makes when the reels spin, adding to the retro charm of the game. Deposit and play UK slot games today!

The game has two wild symbols, with the emerald diamond of the game’s title being the most important. This green gem has the ability to substitute for any other symbol on the reels, as well as giving you some re-spins. When it appears on the reels, the reels on which it is not seen will re-spin, which can lead to more winning combinations being created. The diamond also acts a x2 multiplier, and if three spin in on the payline you will receive 1000x your stake as a prize.

There is also a wild blue diamond, which can substitute for other symbols in the same way as its green counterpart but offers slightly less in the way of multipliers and other boosts. 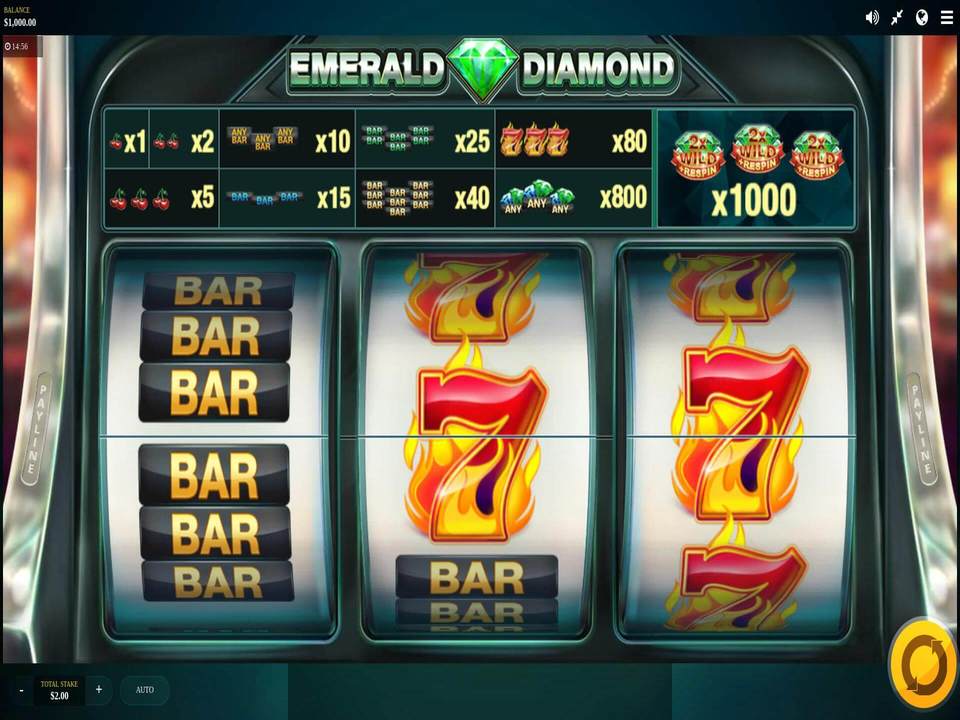 Red Tiger Gaming is a relatively new games developer, having been established in 2014. Founded by a group of Asian and European games entrepreneurs with an impressive array of talent and expertise, the company’s main offices are located on the Isle of Man.

As might be expected given its British background, Red Tiger holds licences from the UK Gambling Commission, as well as the Malta Gaming Authority and the Alderney Gambling Control Commission.

Red Tiger games make use of the company’s innovative HTML5 framework, which allows them to be played on devices of varying sizes. Games from this developer also deploy innovative features like ceiling jackpots, which help to add another level of quality to their titles.

Other games in the Red Tiger Gaming catalogue include:

Red Tiger Gaming is responsible for some of the best video slot games. Find them here. 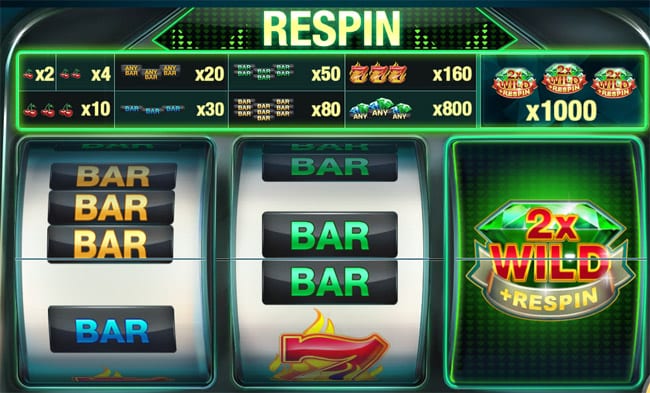 Emerald Diamond offers a type of retro gaming experience for online casino gamers, and it is well worth a look. Its reels and symbols will surely create a sense of nostalgia for more experienced gamers, and there are some nice touches for newcomers to slots gaming too.

Even the sound effects have been carefully designed to fit into the classic theme. Look out for Emerald Diamond in your favourite online UK casino! Or you may also enjoy Fu Dao Le!