Gonzo's Quest Megaways is a classic sequel to the original Gonzo's Quest that has become a celebrated uk online slots in the iGaming scene. Gonzo's Quest Megaways builds on the adventure theme in the first slot, which has Gonzalo Pizarro setting out to conquer the territories of Central and South America all the way from Spain. This version of the massively successful franchise is here with a worthwhile twist to the whole game.

First, you have the inherent Megaways mechanic in play where you get from 64 to 117,649 pay-lines, and 2 to 7 symbols appear on the 6 reels of the game. Replete with thrills, you get the Avalanche, Avalanche Multiplier, Unbreakable Wilds Earthquake, and Free Fall features all in one slot! Much of the beauty in the first slot is retained, with a little bit more on offer.

Join us as Wizard Slots provides you with more details of this excellent megaways title, and you can find plenty of other uk slot games to enjoy here!

Gonzo's Quest Megaways is a product of the collaborative effort of Red Tiger Gaming and NetEnt, considering the initial version was from NetEnt. NetEnt acquired red Tiger Gaming in September 2019 after having registered its prominence in the iGaming scene. The acquisition has had the company operating as a subsidiary of NetEnt while retaining a high level of independence in the games it releases.

The following are some online slots by Red Tiger Gaming under NetEnt:

The games above and more are available on Wizard Slots at any time. 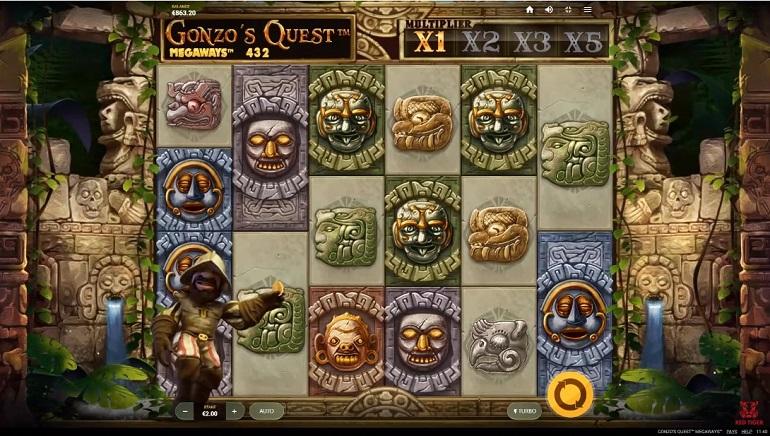 The reels are steep in appealing graphics and imagery of Gonzo himself, as he seeks to edge you on to massive wins. Aligning at least 3 of the same symbols on the reels entitles you to a win. One of the online slots with a megaways title, you start your game with a minimum of 2 symbols on each of the 6 reels, giving you rich 64 pay-lines. Your game progresses with the number of symbols appearing on the 6 reels, as 7 would offer you the highest pay-lines of 117,649.

Less prominent symbols are animals on slab stones, such as Alligators, Fishes, Birds, and Snakes. The wild is represented by a Golden Question Mark, which replaces all other symbols in forming a win (except the scatter). The gameplay is pegged at a minimum of 10 pence and a maximum of 10 pounds for each spin. More of the gameplay can be accessed on Wizard Slots always. 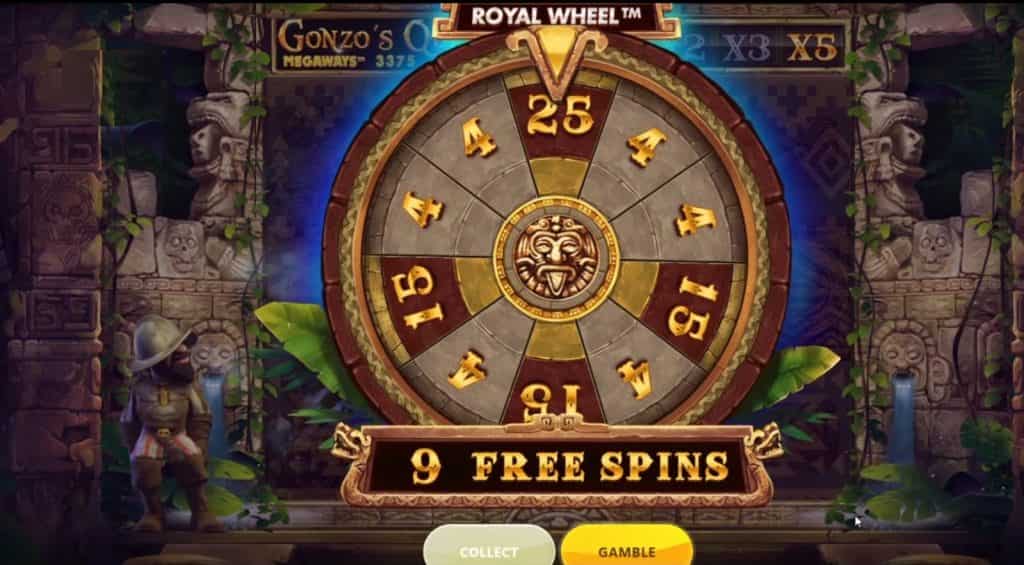 This feature is activated when you make winning combinations. The winning symbols in the combination will explode and immediately taken out of the reels, paving the way for new some symbols. The new symbols then form part of wins, giving bringing more avalanche to the reels. This would enhance your winning chances and continues until no new winning combinations are made.

As you are getting avalanche, multiplier values are being added, leading to this feature. The number of multipliers you get is dependent on the avalanche, and it goes thus:

This feature is enabled when 2 Golden Question Mark wild symbols appear on the reels. Once the feature is on, 1 wild will appear on reels 1 to 3 and the other on reels 4 to 6. Where each or both wilds form part of a winning combination, the wild maintains its position without exploding or breaking. This makes way for more wins on the reels.

This feature is activated at random by causing the game to start shaking abruptly, causing all low-value symbols to leave the reels. Hence, only high-value symbols are retained on the reels, creating higher winning potentials.

The Gold Coin scatter symbol activates this feature when you land at least 3 on the same spin. You can also enable the feature by getting 2 scatter symbols and 1 wild symbol. For every symbol enabling the feature, you are given 3 free spins, meaning that at least 3 symbols will get you at least free spins at first.

As the feature plays out, the Avalanche Multiplier feature resurfaces, but this time, it offers you at least 3 multiplier values for every avalanche. These are explained below;

More free spins are offers to you upon landing more scatters, which can end up in unlimited free spins. The multiplier values from the last spin you had are retained and added to every subsequent avalanche you get. In this feature, you can land the highest possible win of 21,000 times your wager. You can land the above bonuses on Wizard Slots and win handsomely today. 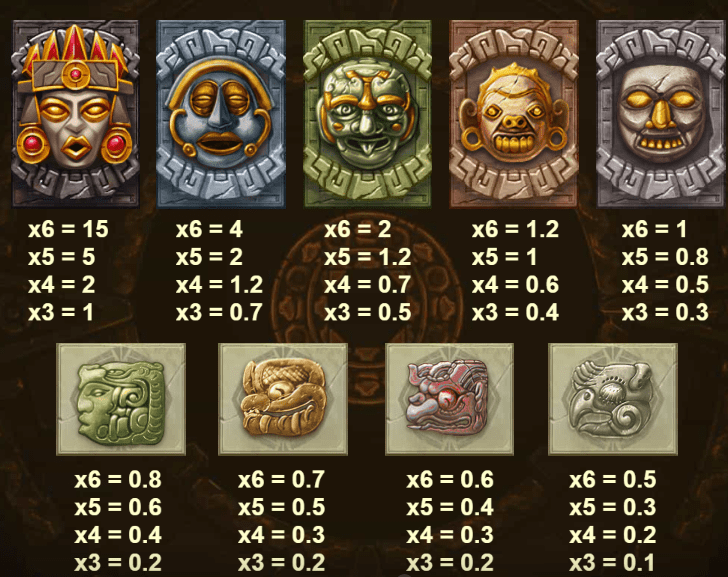 Red Tiger Gaming and NetEnt have provided us a wonderful game steep in fascinating features from the base game to the bonus features. Therefore, you could start spinning your way to mega fortunes on Wizard Slots now, or try some of our other slots, like the Gems Gone Wild: Power Reels slot.