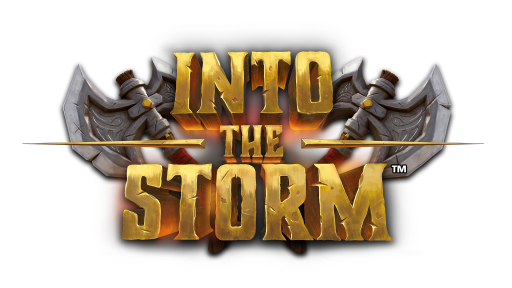 Into The Storm by Light and Wonder is a highly volatile slot played on a 5x3 grid aboard a Viking longship.

Into The Storm Game Overview

This Viking-themed slot journeys the high seas and has a top possible prize worth up to 10,500x your stake.

There are 20 paylines and many interesting features, such as the Respin feature with walking wilds, the Into The Storm feature, and innovative Kraken Hot Zones. These features help to make the game more engaging and entertaining.

Register an account or log in to Wizard Slots to play the Into The Storm online slot.

Playing on this slot machine requires you to land at least 3 matching symbols across paylines to form a winning combination. The paylines are fixed, so all 20 are active whilst you spin the reels.

The stakes button lies to the right of the grid, along with the spin button. If you tap the stacked coins button, it'll open up the + and - buttons, which you can use to select your preferred wager. Stakes range from £0.20 to £5 per spin on Wizard Slots online casino.

The settings icon to the left of the reels leads to other necessary settings like sound or viewing the paytable and game rules.

When you are ready, you can click the spin button anytime you want to start playing a new game round.

You get a set of runes as the low-paying symbols in this slot, while the Premiums consist of a helmet and Viking characters.

The M and F-shaped runes carry a value between 0.5x and 2x your bet, while the rest are worth 1x your stake or less. The amount you get depends on whether it's a 3-of-a-kind, 4-of-a-kind, or 5-of-a-kind combination.

Below are the worth of the premium symbols if you land 3, 4, or 5 matching ones across a payline.

In addition to the regular paying symbols, you may also land wilds or Kraken bonus symbols.

Wilds can only appear in the base game or the Respins feature, and they can substitute for any paying symbol to complete a potential win. However, they cannot substitute for the Kraken bonus symbol.

On the other hand, the Kraken bonus symbols are responsible for unlocking the bonus game if you land 3, 4, or 5 of them in a single spin.

If perhaps you land a walking wild over a regular wild during the process, it'll earn you a +1 multiplier which will remain until the end of the feature.

The feature ends when no more walking wilds are on the playing grid.

Into The Storm Bonus Round

You can trigger this feature by landing at least 3 Kraken bonus symbols.

The feature plays out on a 9x5 grid, and you get 3 spins for a start. During this, you may get blanks, sticky multipliers with a value between x1 and x3, or modifier symbols on each position after a spin.

Landing any of the above characters apart from blanks will reset the spin counter to 3.

Meanwhile, there are four different modifiers you can land:

Once the number of spins reaches zero, the feature ends, and the total of all visible multipliers is awarded. If you manage to fill the grid with symbols, then you will receive a payout of 10,000x your stake, and the feature will end.

Once triggered, you may land new Kraken symbols in addition to the ones you already have on the grid. After which, a Hot Zone forms around them, exhibiting multipliers of 2x to 5x in all adjacent spaces.

It is also possible for the Hot Zones multipliers to overlap each other, thereby multiplying their values!

Into The Storm RTP

Spin the reels of Slingshot Studios’ Links of Ra if you are looking for more adventure on the reels.