As you may have guessed, this slot is based on the lost central American civilisation, the Mayans. This ancient civilization is known for developing their own hieroglyphic writing, astronomy and calendar systems. Mayan Gods has a colourful design, but is a very simple and nicely done slot.

The action is set against a background of jungle pyramids. Symbols on the reels include 5 runestone looking symbols that cash out the lowest values and 4 Mayan totems that pay the higher values.

When a winning combination is formed, the symbols are eliminated from the reels and new ones drop in to replace them. The symbol drops will continue up until no more successful drops are made. Each successful symbol drop increases the multiplier value by 1. 4 Mayan symbols can also land randomly on a spin and any of the following modifier extras will be awarded;

· Mayan Eclipse feature – the eclipse symbol together with a random number of tiles turn into one matching symbol. A new payout is then awarded.

· Mayan UFO feature – this feature can be triggered on any spin. It transforms lower value symbols into higher valued ones. A new payout is then awarded while the new symbols remain in position.

· Mayan Shaman feature – the Shaman raises the multiplier value then removes all the symbols from the reels creating a new symbol drop with an expanded multiplier in play.

Play our new list of slot games today. Read below to see our full written review or you can visit our guide narrowing the top 10 best UK slots we have. 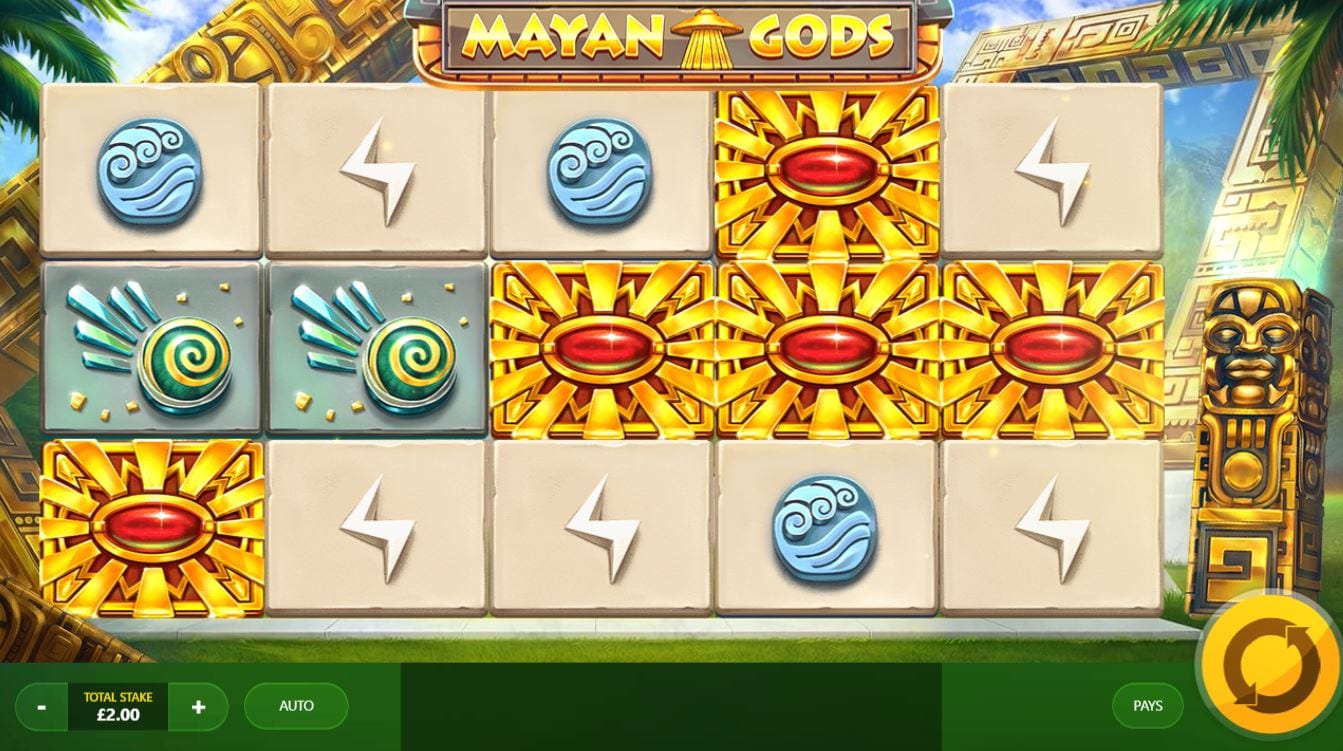 Red Tiger Gaming is a relatively new company in the industry. It was established in 2014, but the team is known for creating high quality games in Asia and Europe. The company has a distinctive logo- a majestic red tiger’s head. 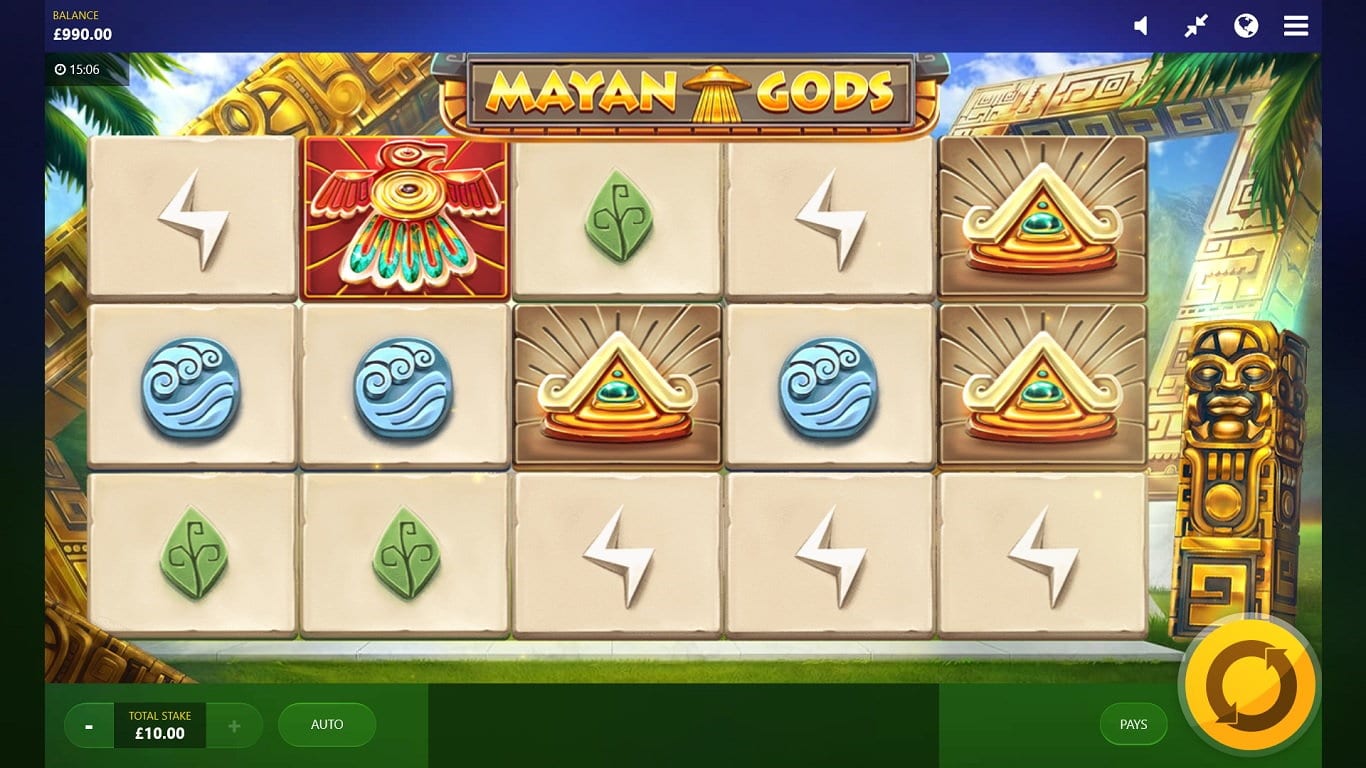 The slot doesn’t include a free spins feature, but its extras hit regularly so you won’t even notice they're lacking. The symbol drops also make the action flow in fast. Mayan Gods is an enjoyable slot thanks to its bright, bold visuals and plenty of variety offered in the gameplay.

If you enjoy Red Tiger Gaming slots, Mayan Gods is going to be your new favourite. Need a new game? Try Sevens & Fruits: 20 Lines next.