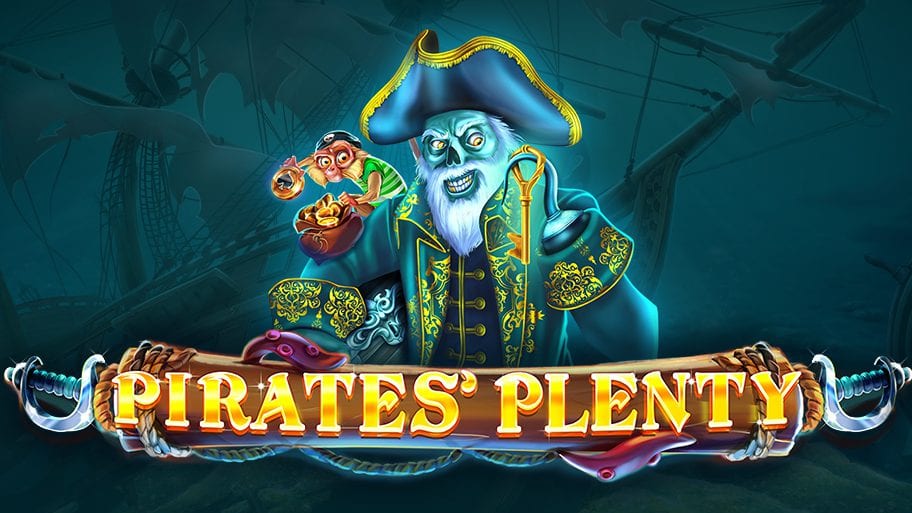 Yo ho ho! Get ready for a mighty pirate adventure with Pirates Plenty. You'll be joining the pirates as they set sail across the stormy sea in search of hidden treasure.

Just follow the map, the treasure will be there waiting for you! Pirates Plenty is a 5 reel, 20 payline slot by Red Tiger Gaming with a pirate theme. The theme is consistent throughout with the reels set inside a pirate ship and there's a moody soundtrack to match. Pirates Plenty has plenty of exciting features including a hidden treasure reel, a free spins feature, and stacked multiplier wilds. Find more slots online today.

About the Pirates Plenty Slots Game

Protect your prizes and rewards from the pirates of this best new online slots! Go searching for hidden treasure in Pirates Plenty, a 5 reel, 20 payline slot by Red Tiger Gaming. It's time to put on a pirate hat and eye patch and transform into a pirate yourself!

The graphics are very impressive. The reels are placed inside the grand pirate ship which is filled to the brim with golden coins. On the right side of the reel, you'll see a treasure map. Follow the map to find the next treasure chest! The symbols fit the pirate theme perfectly and include pirate hats, guns, coins, and a bottle of rum.

Treasure Reel Feature - When you land a treasure map symbol, it gets collected and put into the meter. The treasure reel feature is unlocked once the meter has been filled up.

Wild Ships Feature - The wild ships feature is an exciting one. The ships in a bottle have the ability to cover the whole reel with wilds to create big wins. They also have a multiplier of 2, 3 or 5x attached so you can win even more.

Wild Monkey Feature - The monkey is the wild in Pirates Plenty. Landing 3 or more wilds will grant you access to this feature where you will be given a re-spin. Lower value symbols will also be removed to give you a better shot of a bigger win.

Ocean Spins Feature - Landing 3 or more ocean spins scatters will activate the ocean spins feature. Here you will be awarded 10 free spins. When the pirate ghost symbol lands, one of the locks on the treasure chests will open. When you have unlocked 3 of the locks, you'll get more free spins and all lower value symbols will turn wild. 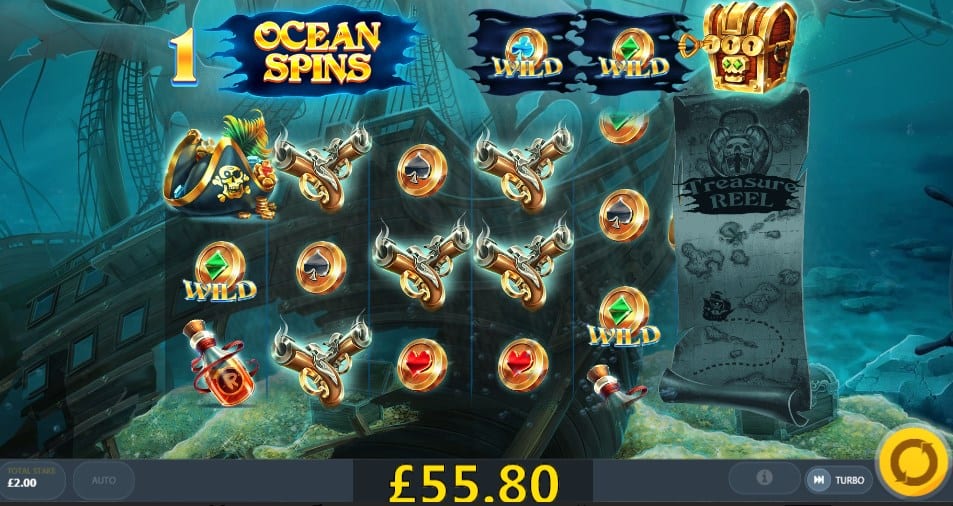 Developer of many slot games, Red Tiger Gaming is dedicated to creating the best slots and casino games in the gaming world. They are always striving to be the best on the market so work tirelessly to create new slots which are innovative and fun both in design and gameplay.

Red Tiger Gaming currently offers a fantastic collection of over 80 unique slots and continues to release new ones every month. They have a varied range of online slots from fairy themed slots to Chinese dragon themed slots, and wild west themed slots. If you liked Pirates Plenty, you may also like these Red Tiger Gaming slots: 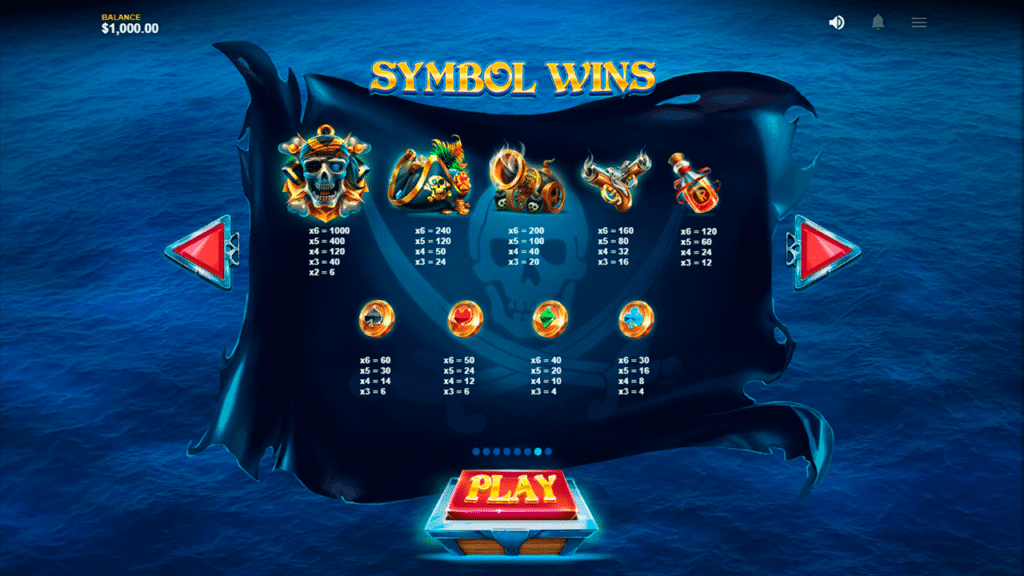 The Verdict on Pirates Plenty Slots

A pirate adventure is always fun! There's nothing better than searching for treasure. Pirates Plenty is an entertaining slot with brilliant sounds and visuals. There are some great features in this slot which awards various exciting prizes. The top prize on offer is 5, 000x your stake. Next try your hand to Turn Your Fortune slot.