WMS are one of the lesser known subsidiaries of Scientific Games, but when they are putting out slots casino games as good as Raging Rhino Rampage then it surely can only be a matter of time before they catch up with the likes of SG Digital and Barcrest.

Raging Rhino Rampage slot is a fun, African safari-style themed slot with a wicked 4096 ways to win and a decent RTP of 96.2%. On top of this, there are six reels and four rows instead of the conventional five and three, plus it is a medium-high variance slot game.

Raging Rhino Rampage is based on a classic scratch game called Raging Rhino, so we had to play it to find out if it lived up to the original. Play it from between 40p and £20 per spin at Wizard Slots.

Play along with all of your favourite safari animals, with symbols such as a cheetah, an eagle and a gorilla making up those higher valued items at the top end of the pay table. Peaking out from behind the reels in a slightly aggressive manor is the rhino himself, the main character of Raging Rhino Rampage slot.

Raging Rhino Rampage graphics are quite sublime. They’re bright in colour and this makes for a very visually appealing slot game. WMS are actually making a bit of a name for themselves in this sense, as you can see from some of their other hit slot games: 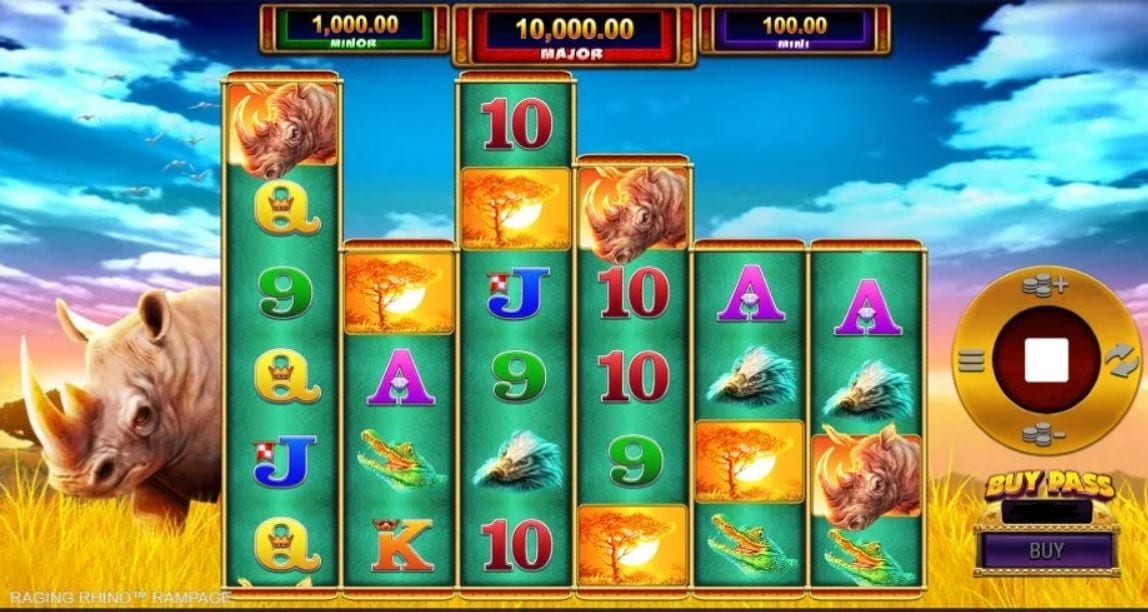 Slot game Raging Rhino Rampage is really easy to play, and the even better news is that it is even easier to begin playing in the first place.

In this Raging Rhino slot, it’s nice and simple to select the size of your bet and spin the reels. The game speaks for itself. Why not try out a Raging Rhino Rampage demo before you play for real money, too? 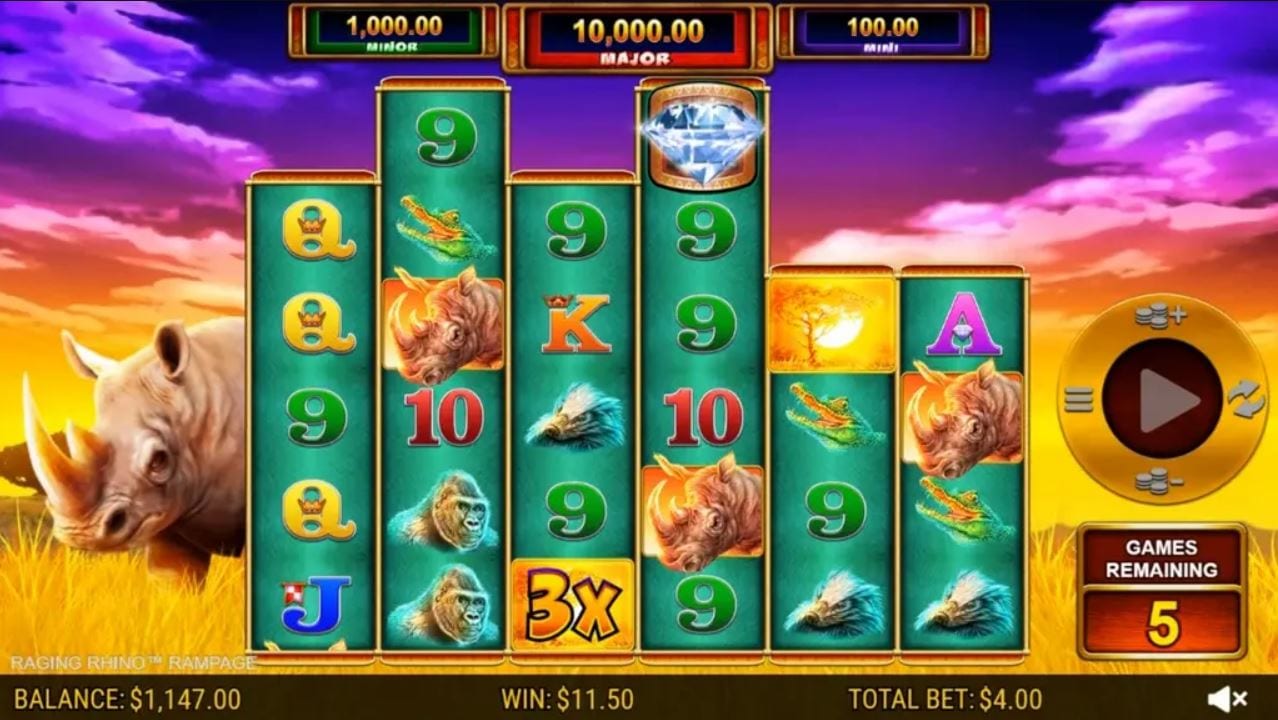 Here are the numbers for Raging Rhino Rampage, a little rundown of the ins and outs of this slot.

Volatility - while Raging Rhino Rampage is rated as a medium-high variance slot, the hit rate is fairly strong, as apparently one in every 3.1 or so spins will result in a hit for players.

Minimum and maximum bets - taking it slow? Try 40p out, and maybe work your way up to the stop stake of £20 if you are feeling daring enough.

Paylines - 4096 ways to win is substantially more than in the majority of online slot games. Nice!

Reels - an extra reel as well, how generous. Enjoy all six of the reels in Raging Rhino Rampage.

Bonuses - those reels can do all sorts. They can be expanding, or stampeding, depending on which bonus you get. You can even win some free spins to play as well.

Wilds and Scatters - the wild is the acacia tree and the scatter is the diamond.

Exclusive Symbols - the rhino is the most valuable symbol and you get tonnes of him in one of the bonuses.

Expanding reels will unlock up to a ridiculous 262,144 ways to win if you get the most out of the bonus. If the reels are stampeding, you’ll get extra rhino symbols. Plus, you can win up to 20 free spins right off the bat. 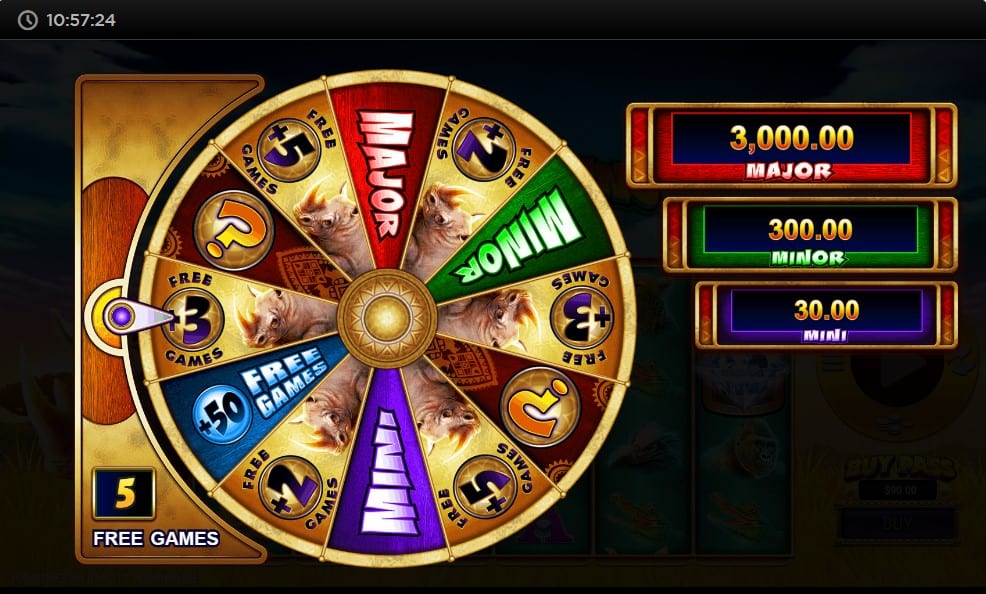 The original Raging Rhino was such a classic, and while Raging Rhino Rampage might not go down with the same amount of notoriety as it due to it being a reboot, we think we actually enjoyed it more. That’s why we can adorn it with a very strong 8/10 overall. Good job, WMS! And if you are in search of other great slots, then the Legacy of the Wild slot is worth checking out.