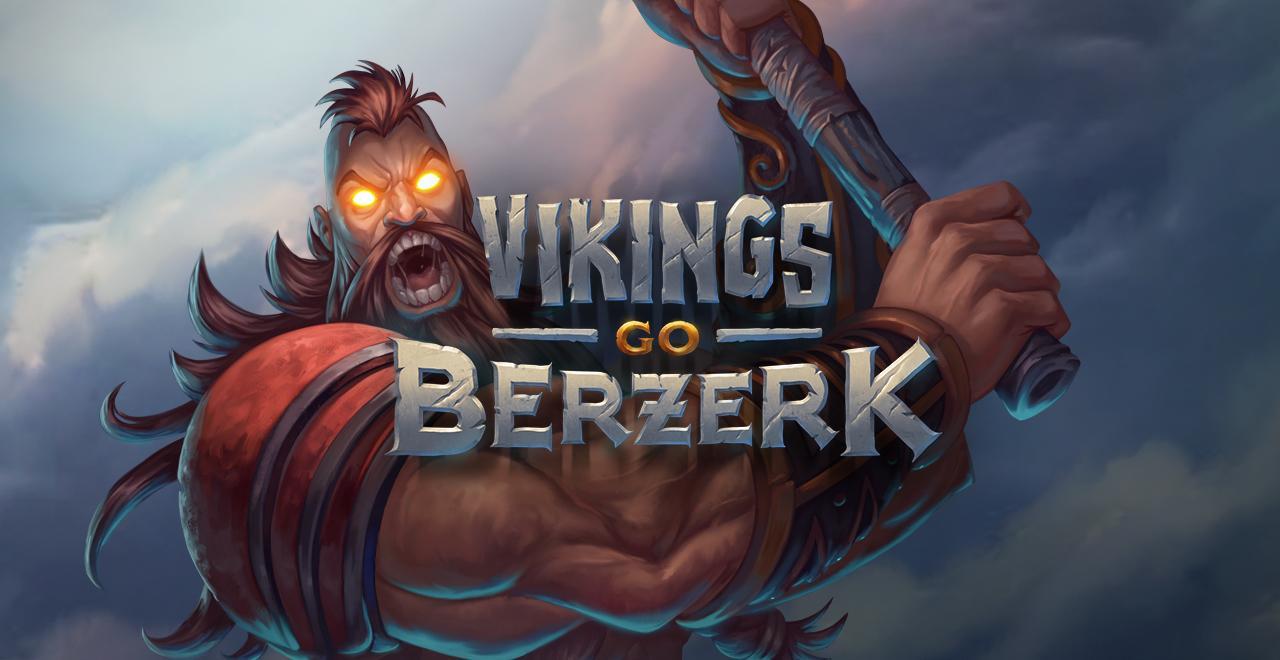 Here's a brand new slots play, Vikings Go Berzerk on Wizard Slots. After the great Romans rose and fell from power back in ancient times, the great Vikings invaded many of the Northern European countries that were under their reign and built a grand culture that many people remember for its great mythology. Find more of the these Viking themed games at Wizard Slots.

Since the developers gave themselves a name that was influenced by one of Scandinavia's myths, they cannot help but create a fantastic online slot game that many of their fans can enjoy, Vikings Go Berzerk. Expect to see a lot of craziness on your screen when you spin the reels and watch the matching combinations boost your payouts when you play the slot. And expect to experience a lot of fun and enjoyment when you get back home and load this Vikings go Berzerk on your device!

After NetEnt's last CEO decided to leave the brand and create Yggdrasil in Malta, they've made it certain that they're games made for the future of the online casino gaming industry, so they will find themselves, or any of their products obsolete. Focusing their products on how adaptable to any device that their consumers use, whether it would be a laptop, macbook, tablet, or smartphone, Yggdrasil has succeeded in allowing every player across the globe to access and enjoy what they have on offer.

And if you think that they are not as good as many of their suppliers say they are, then you should take a look at some of the reviews they have received on Vikings Go Wild, Nirvana, and Chibeasties! Vikings Go Berzerk is no different, a fantastic online slot. The super games from the team at Yggadsril Gaming have recently been added to our selection here at our online casino. 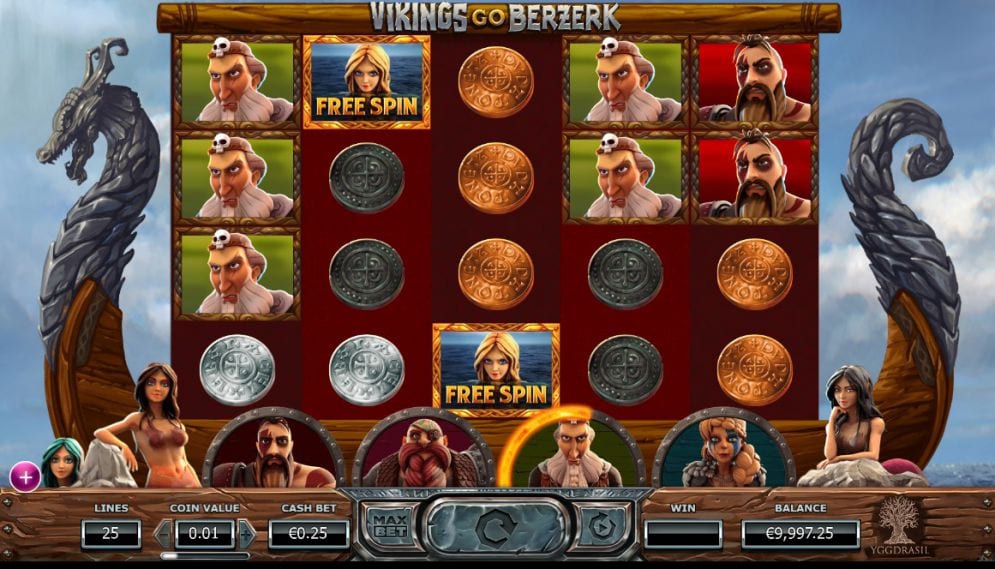 Before the game starts, you'll see a cinematic introduction where you see stone statues depicting a typical adventure that many Vikings would have voyaged. The 5 reels with 25 paylines, hang from a traditional Viking ship that has a metallic dragon's head placed on top as a figurehead. Check out bonus features of this game below. You can also find out more games with unique bonuses that attract players!

All of the normal buttons that you would find on any online slots are settled at the bottom of the screen, which makes it easy for the players to manage their bettings before hitting the spin button. As for the base symbols, you have gold, silver, and bronze coins that give you the low payouts when put into a matching combination on the reels.

You also have icons that are seen as some of the Anglo-Saxon characters from the game, which give you the high payouts when put into a matching combination. But as a voyager on this game, you have to keep a sharp eye on some special symbols that can help you gain the fortune you desire to obtain. 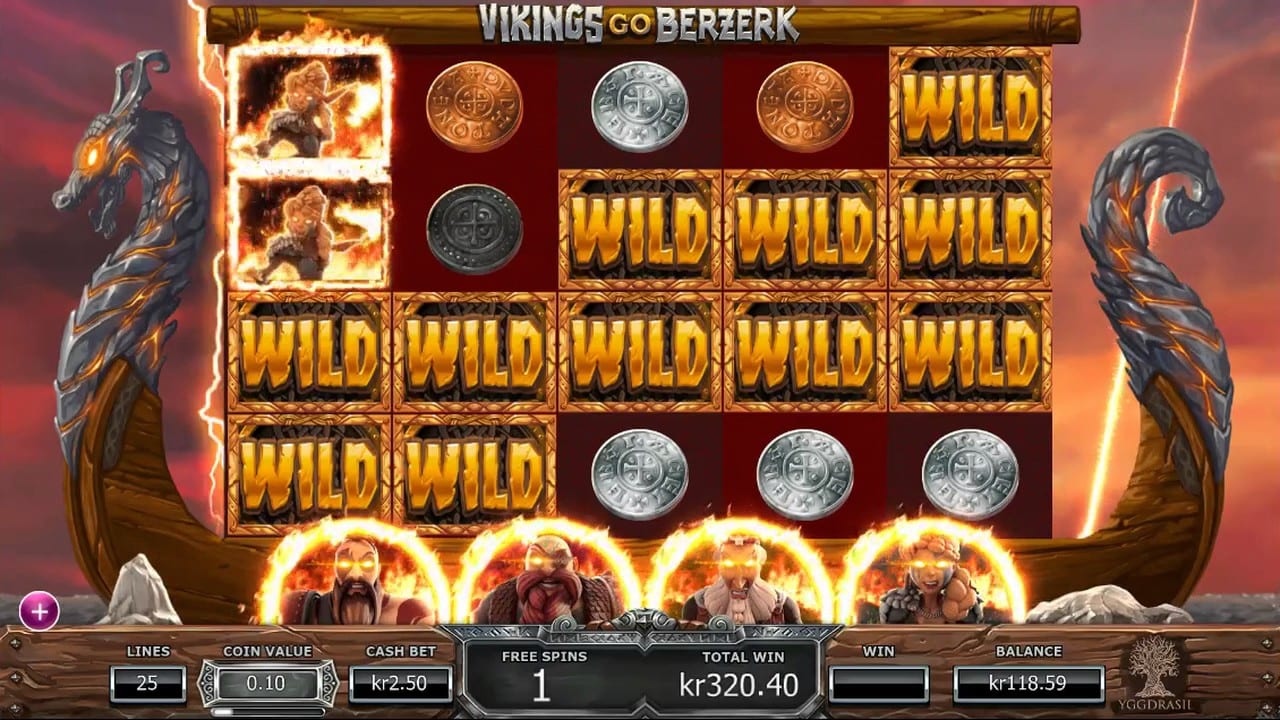 There's nothing much to say about this game that Yggdrasil has developed, only that it is completely awesome, and can keep your eyes glued to the fantastic graphics and the majestic winnings that Vikings Go Berzerk can offer to you.

If you want to be a Viking for hours on end, rather than watch Vikings go on their marvellous adventures on the television, don't waste any more time and play this game now! If you enjoyed Vikings Go Berzerk you will also like Planet of the Apes.