Wild Nords by Red Tiger Gaming is a 5 reel, 20 payline slot with a Viking-theme. The game uses win both ways technology and includes features like 3 wilds that can activate respins. Head to the Scandinavian frozen wastelands on all devices for stakes ranging between 20p to £500 a spin. Play today at WizardSlots!

Wild Nords has a fairly typical design with its reels set in a Viking homestead. Symbols on the reels include A to 10 Norse style playing cards, 3 wooden shields with an animal design on each of them.

The best among them is the bear which pays 300 coins when 5 land on a payline. Winning combinations can be made on each reel.

- Rolf & the Nord of the Wolves feature – when Rolf lands on the reels, he transforms wolf shield symbols into wild symbols. A free respin is then awarded and the sticky wilds stay in place. Just like Bjorn, new wolf symbols appear and offer another respin.

- Astrid & the Nord of the Eagles – axe-wielding Astrid transforms eagle shield symbols into wilds. A free respin follows during which the wilds are held in place. If new eagle symbols land during a respin, another respin is awarded. 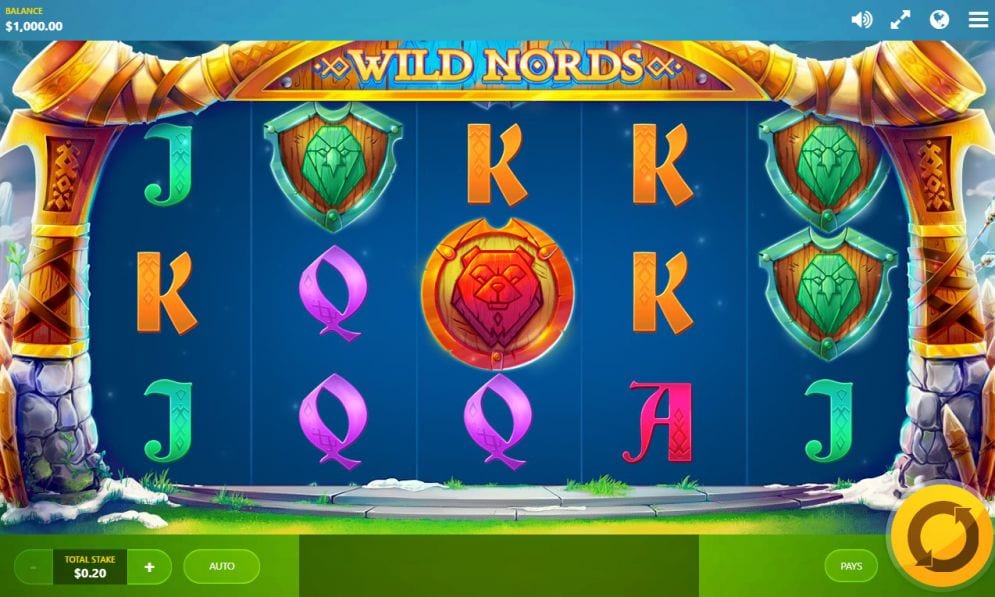 Red Tiger Gaming was established pretty recently in 2015, but don't let that fool you- they’re a powerhouse when it comes to play slot games online. This is mainly due to the company being formed by professionals with years of experience in the industry.

They also have a unique team with expertise from various fields including coders, developers, site designers, graphic designers, etc. They have created some of the best uk video slots! 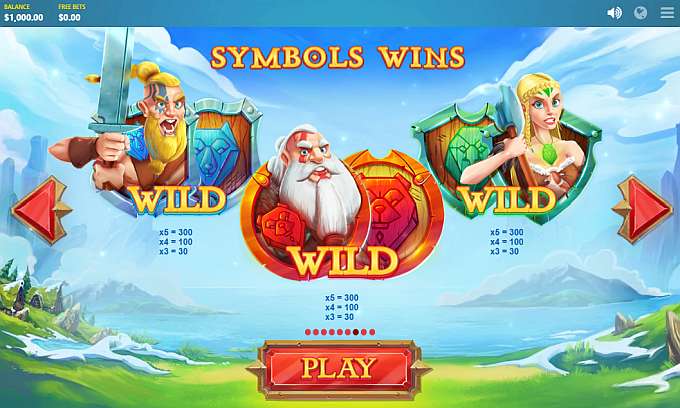 Wild Nords looks very impressive with its high end animations and imagery. The soundtrack is also a great fit for the amazing theme. There aren’t as many features on here as you'd expect from modern day slots e.g. there is no Free Spins feature

However, unlike many Red Tiger Gaming slots, you won’t be waiting long for them to land. The wilds occur regularly just like the transforming animals. This slot has good win potential with maximum payouts going up to 1,000x your bet on every spin.

The respins also hit regularly enough so you don't even miss the free spins. If you love the Norse theme, you will love this slot. Or why not play Temple of Treasure Megaways?