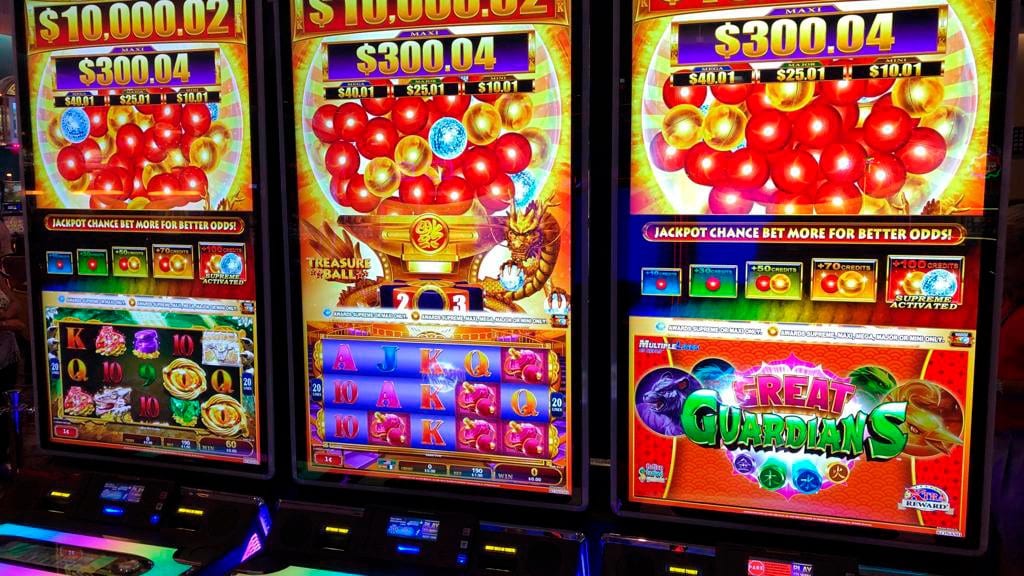 A lot of thought and effort goes into creating a well-crafted and exciting slot game. In a world where everyone’s always trying to outsmart their competition, not much thought goes behind the inner workings of a game so long as a company mass produces game after game.

The following blog post focuses on what it takes to create a good slot game, the difference between a good one and a bad one, and some of the worst slot games of 2021.

How We Rate Online Slot Games

The real question, however, is: How would you differentiate between a ‘good’ slot game and a ‘bad’ one? The answer to this isn’t as straightforward as people might assume it to be. A UK online slots game isn’t just based on one or two factors. It is based on a collection of different variables that come together to create a slot game.

These factors include, but are not limited to:

To better elaborate, some punters might look towards certain aspects over others when deciding on how to categorize a slot game. For some of them, graphics and themes overpower other factors.

Why? Simply put, mechanics for slot games UK are usually redundant. Developers usually incorporate mechanics that are common across several slot machines. These mechanics are known to be popular. For example, the Megaways mechanic developed by Big Time Gaming.

Punters, therefore, look towards other aspects of a game to differentiate them. This is best done by evaluating a game’s graphics, animations, soundtracks, and themes.

Developers such as Thunderkick Gaming are known for creating immersive gameplays that are virtually unseen in the gambling industry. These games include; Not Enough Kittens, Barbershop Uncut, and the entire series of Battle of Beasts.

Another feature seen in immersive gameplay is the development of bonus games such as mini-games and free spin rounds. Mini-games are basically more entertaining and exciting games within the base game itself.

In-game bonuses include; scatters, wilds, stacked wilds, expanding wilds, money symbols, and other such symbols that may or may not be in other games. These bonuses are found exclusively in some games or are in particular categories of games over others.

These bonuses add more to the excitement of a slot game. The first slot game to have ever been created featured nothing more than three reels and one payline. However, because it was revolutionary for its time, Liberty Bell made quite a wave.

Today, developers come up with more and more ways to make games unique and revolutionary in their own right - which is achieved with in-game bonuses.

For most punters, however, a slot game comes down to its statistics. The statistics of a game define how it's ranked.

For example; the RTP value for a game is defined as the percentage of returns calculated to a player over a certain number of spins. While most games will feature RTP values between 95-98%, it is important to understand that 96% is still an average score.

These values factor in jackpot wins as well which makes them seem higher than they actually are.

For a game to have ‘reasonable’ statistics, it needs to have an above-average RTP with adequate volatility grading.

The Difference Between a ‘Good’ Slot machine and a ‘Bad’ One

Wizard Slots is an online casino that features well over a hundred slot games. To access a world of exciting spins, themes, and winnings, simply create an account on the site.

Every new player gets a chance to spin the Mega Wheel wherein they have a chance to win up to 500 Free Spins (Full T’s and C’s Apply).

The following are the worst-ranked online slot games of 2021:

The problem with Wild Joker Stacks is something that’s becoming a little too common with developers; the apparent display of a number of options for players to choose from based on paylines, but only a few realistic options.

Wild Joker Stacks is played on 5 by 3 reels and has 259 paylines. The game allows players to choose their own multiplier, but realistically players can only choose between two:

Boomerang Gaming might have had punters' best interests at heart when they developed Wild Joker Stacks, but the stacks don’t line up here.

Fantasy themes aren’t exactly unexplored when it comes to the world of online slots. If anything, they might just be a little too redundant. Lady Earth is a slot game developed by Crazy Tooth based on fantasy adventures.

However, while other slot games of the same theme have their own redeeming features, there’s nothing that really sets Lady Earth apart from other slot games. If anything, its statistics actually make it rank lower than them.

Every slot game, no matter how simple it might be, follows a particular theme. Cultural elements are frequently seen in slot games and they aren’t exactly unappreciated.

That is, however, if they’re incorporated fairly without any overuse of stereotypes. China River was developed by SG Digital in association with Bally and features a rather unnerving representation of Chinese culture.

Viking’s Ransom is something for high-rollers and doesn’t necessarily cater to low-rollers. This limits the game’s reach and makes it inaccessible to a major portion of the community.

WMS’s Plataea might have started off decently, but the game isn’t exactly something punters would stay invested in for long. Besides a redundant theme, an annoying soundtrack, and poor adaptation to mobile phones, Plataea also has unreasonable statistics.

It is pertinent to mention that Plataea might not be released due to poor reviews.

Fruit symbols are characteristic of slot machines and many times these themes give players a sense of nostalgia while playing them. While Barcrest might have had punters’ best interests at heart, 7’s on Fire doesn’t really pan out that well in terms of gameplay, graphics, or statistics.

Final Thoughts on the Worst Rated Slots of 2021

What differentiates a good slot from a bad one? Well, it depends on the punter and not necessarily on the game itself. However, several factors come into play when deciding whether a slot game should rank high or rank low. The most important among these are the game’s statistics (RTP, variance etc), its themes, the gameplay and its bonuses.