Asgard is the home of the gods in Norse mythology. If you’ve been following the recent Marvel film franchise based on these gods, then you might already recognize some names, including Thor and Loki. Don’t expect this top online slots game to play out like a Hollywood movie, though – a happy ending isn’t guaranteed. You will need to go up against the Asgardian Stones to see if you will come out on top and take home the jackpot.

About NetEnt the Developer of Asgardian Stones

Asgardian Stones comes from the developers at NetEnt, who have been in the business for around twenty years. They are now leaders in the digital entertainment world and are continually providing online casino companies with gaming solutions. As well as helping out when things go wrong, they are also known for their own stellar range of slot games.

Asgardian Stones is a fine example of their work and shows just why they are now an industry leader. If you want to play online slot games on the internet from NetEnt, check out our A-Z column to discover them.

When you ascend to Asgard, you will be greeted by five reels and twenty pay lines. The music sounds ominous and menacing, but don’t be scared – it’s worth approaching the stones to see what treasures they are hiding. The stones themselves are covered in colourful symbols. Letters of the alphabet make up the lower-value symbols while the carvings of the gods’ faces are the higher-value symbols.

You’ll also notice that there is no spin feature here. Instead of spinning the reels, they cascade with each go and new symbols replace the ones that fall to the ground. Make sure to visit our guide to help you in selecting top-rated slots based on your preference.

The gods have some tricks up their sleeves which will keep you on your toes throughout the game. They include the following bonus features.

· COLOSSAL CRUNCH – One striking feature of this slot game is that not all of the symbols fit onto one reel. In fact, there are some pretty big symbols that measure 2 x 2 and 3 x 3. These can help you work your way up to some really big pay-outs and also activate the Colossal Crunch feature. During this, the giant symbols will crash through the board, which adds more cash to your jackpot. You will also benefit from some multipliers and will win free spins too.

· BONUS WHEEL – If you spin three of the Bonus Wheel symbols, you will get through to the Bonus Wheel round. Spin the wheel and you could win as much as five-times your original stake. You might also land on a Free Spin segment, which could bag you up to twenty-five extra turns on the board. The Colossal symbols split while you are taking your free spins and act as Wild symbols, so you could come away with a princely sum! 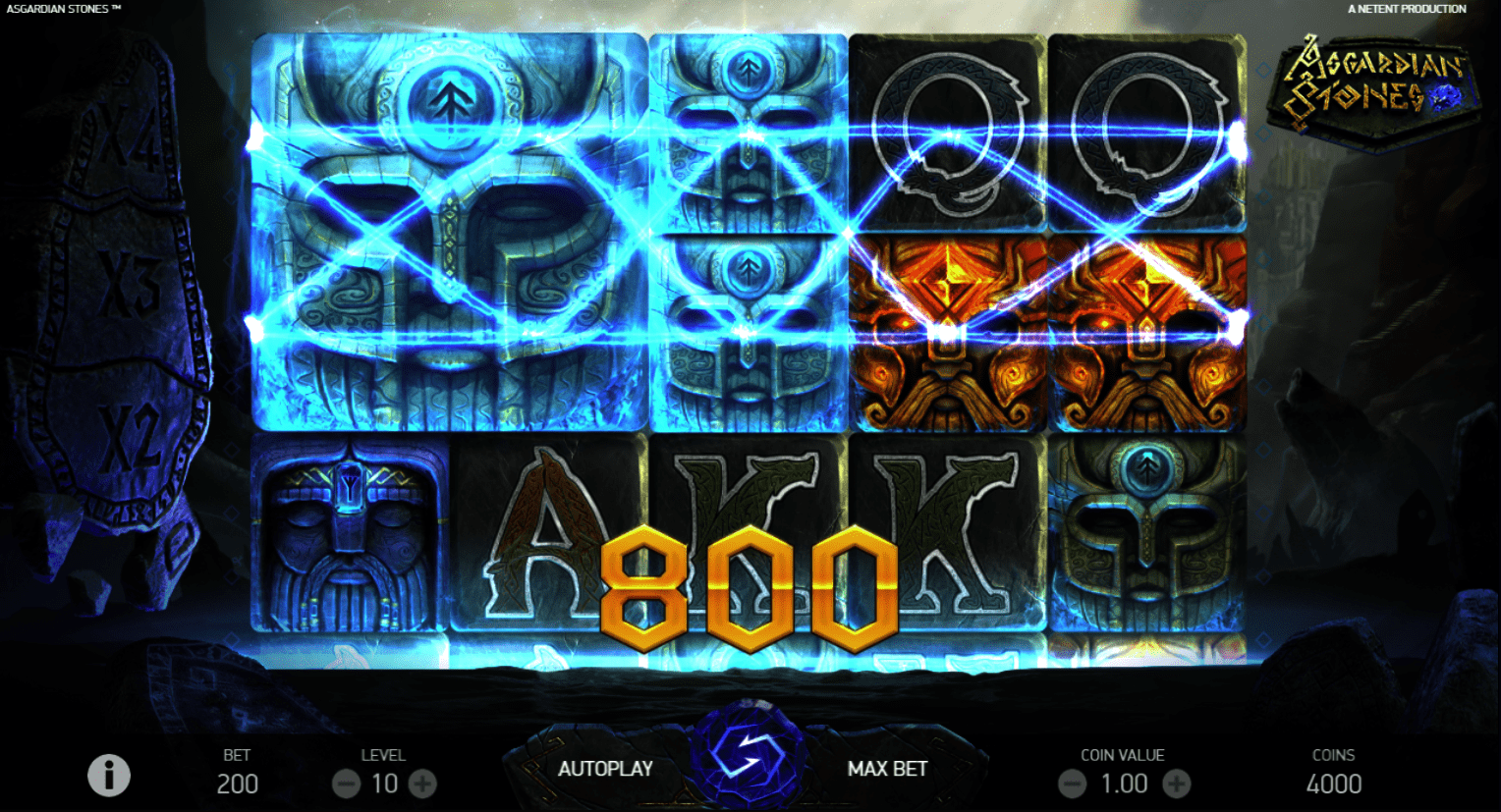 The Verdict on the Asgardian Stones Slot

It’s worth travelling up to Asgard to play on the gods’ stones as they are a very generous bunch up there. Thanks to the killer graphics and extensive bonus features, the fun up in Asgard might seem never-ending. You may not be too keen to come back down to earth! If you enjoyed Asgardian Stones why not try Kaiju slot.