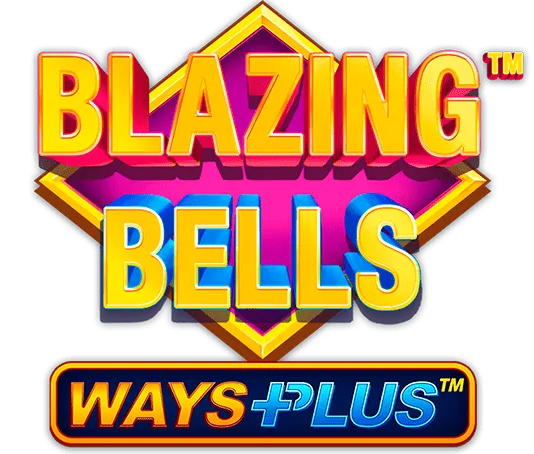 Blazing Bells by Ash Gaming (Powered by Playtech) is a fruit slot with a 6x6 grid layout and up to 46,656 ways to win.

Although this game is not so unique as many real money slots already exist in the fruit niche, it makes up for it with its brilliant extra features like the Ways Plus. It also comes with a progressive multiplier increasing after each reel collapse, and you could potentially win up to 25,000x your stake!

After loading the game, select your preferred wager via the +/- buttons. Once satisfied, you can start spinning the reels!

You need at least 3 matching symbols on consecutive reels starting from the left end of the grid to win. However, you only need 2 of the Bell symbol to form a win.

This slot uses a mechanism that triggers all symbols involved in a win to disappear. As a result, the rest of them will move down to replace the missing ones.

This feature also triggers an unlimited multiplier in the base game. For every collapsing reel (after each win), your win multiplier increases by one, and it continues to progress if you keep winning.

However, if you fail to land a win, the Collapsing Reels feature will cease and reset your win multiplier.

The Paying Symbols in this online slot include Ace to 9 card faces, Fruits, and the Golden Bell. The Golden Bell is worth the highest, with a maximum potential payout of up to 400x your stake. It is the only symbol that pays out for a two-of-a-kind combination - 20x your bet.

The orange and lemon slices can earn you 8x to 32x your bet, while the remaining two fruits range in value from 12x to 40x your stake for matching 3 to 6 on adjacent reels.

Look out for the diamond wilds! They can substitute for any symbol except the scatter to possibly help complete a winning combination. And let's not forget the Golden Star Bonus symbol, it’s the slot’s scatter symbol, and it can trigger the Free Games feature if you land at least three in a spin.

Special illuminated symbols may also appear on the reels. They seem like the usual paying symbols and can be in the form of any except the scatters and wilds. However, these have a ring of light around them.

And if you land them on the reels, it will trigger the Ways Plus Feature causing the special symbol to expand horizontally and vertically.

You can get up to 20 Free Games if you trigger the bonus feature. And what's more, the win multiplier does not reset during this bonus round.

Below are how many Free Games you can get during the bonus round based on the number of triggering scatters.

You May Also Like: Firebird Spirit | Neon Pyramid | Book of Gold: Symbol Choice | Curse of Anubis