Bucksy Malone by Saucify is one of the online slots on Wizard Slots that just debuted with a Gangster theme. It’s a 5 reel, 40 payline slot game that will take you through the 1920s gang scene.

Players are set to enjoy bonus features such as extra wilds appearing on the reels and a gamble feature that has you winning extra coins if you’re lucky. Stakes in the game start at just 25c at 10 per line so a total of 40c if you’re playing with all 40 lines. Sign up today to view our uk slot games!

Saucify is an online slot developer that has a range of online slots now on Wizard Slots. They cover all types of slots from traditional 3-reel slot games to highly innovative 3D titles. The company was established as BetOnSoft in 2006.

It’s a UK company that was formed with in the UK help from a private equity investment. Saucify is a master at making the simple memorable with a lot of their games featuring simple graphics and enjoyable bonus rounds like free spins.

Sometimes, they’ll use innovative themes in their games like the Wild West theme, wildlife theme, Asian, etc. You’ll find some quirky and humorous games part of their collection such as Tails of New York and Monkey Business. 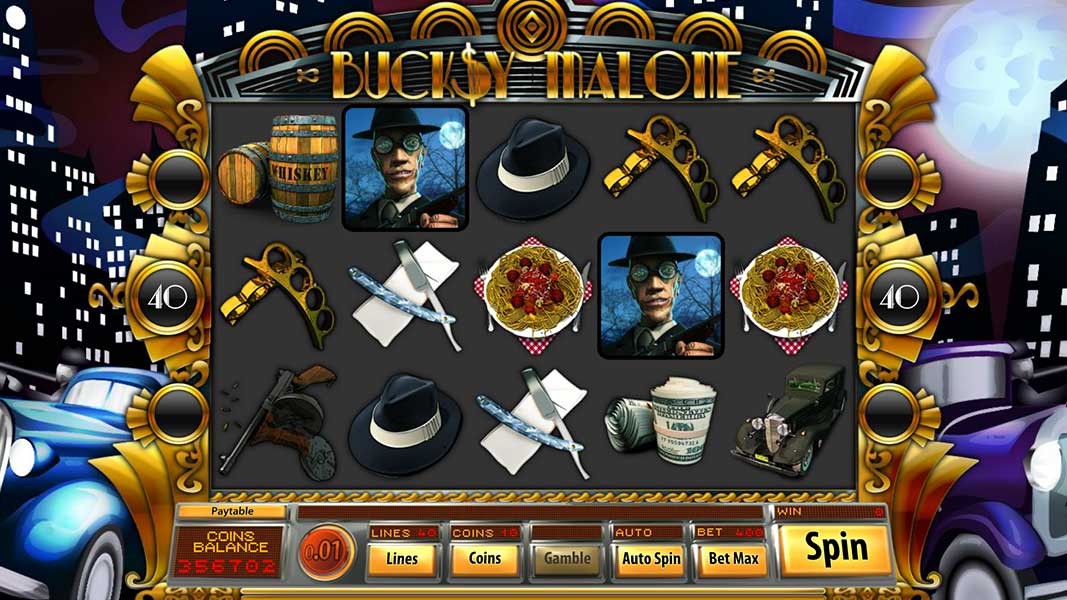 Bucksy Malone is one of those online slots on Wizard Slots that has been produces so well. It looks nice to look at thanks to the art deco and mostly the symbols that are all gangster related. Some examples include; knuckle dusters, whisky, a hat, gun, dollars, razor, spaghetti and meatballs (apparently that’s all gangsters eat – and a group of unsavoury characters that includes the boss, his minions and the crazy assassin.

There’s a wild symbol in the game that is represented by the cigar smoking boss. The wild can replace all the other symbols in the game except the scatter symbol. It offers payouts such as 6000 coins for any 5 that appear and 850 coins for any 4 that appear plus any other combinations made across other lines.

The man in the green jacket offers the highest payout of 1200 coins for any 5 that appear. The lady in the spotlight comes next followed by the card and so on. 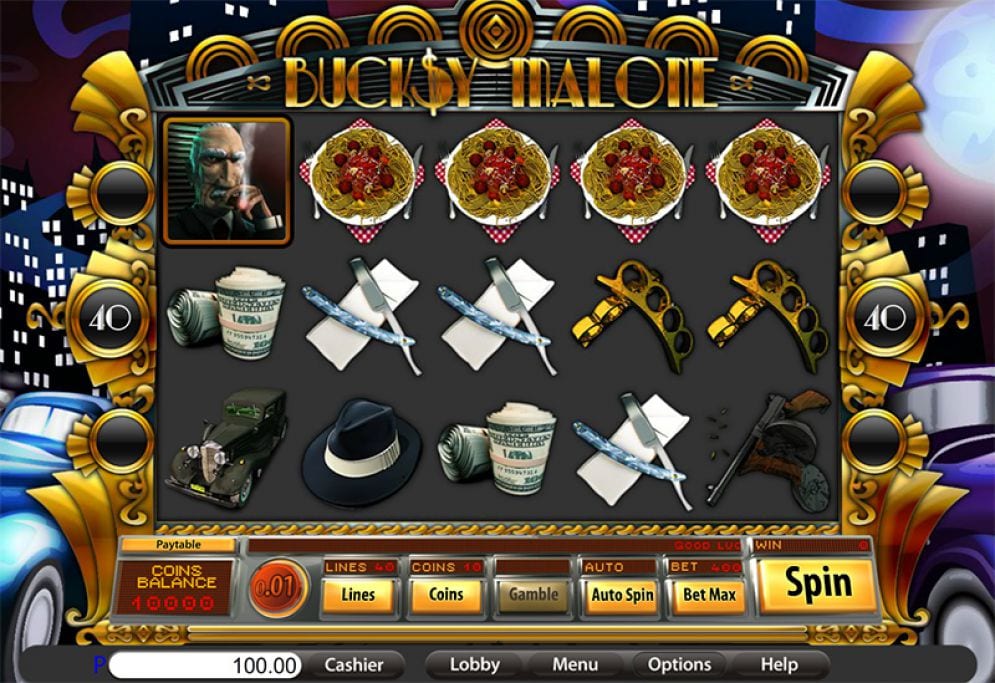 You’ll find a few online slots on Wizard Slots with amazing bonuses on offer and Bucksy Malone is one. Some of the action you get to enjoy includes; 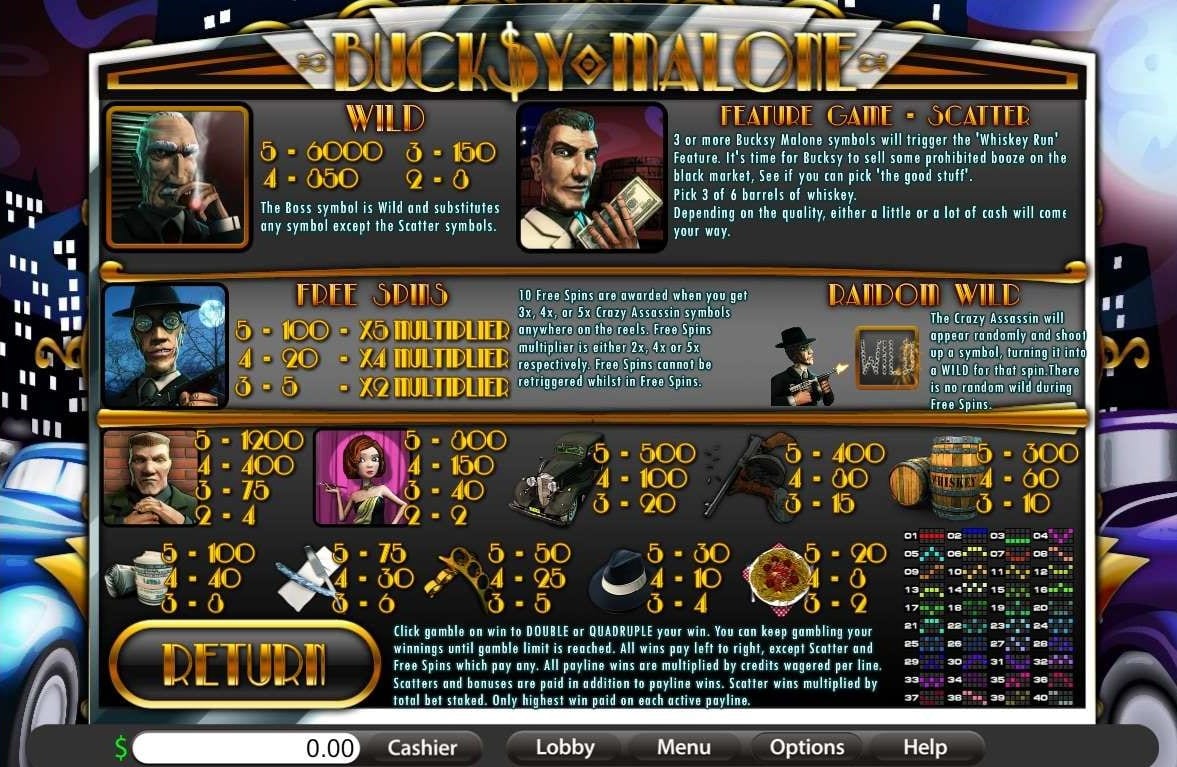 Our Verdict on Bucksy Malone

Bucksy Malone is probably one of the best online slots you’ll play on Wizard Slots. The attention to detail is unlike anything you see in other slot games. The animations will quickly reel you in and make you fall in love with the game.

You’ll especially love it when the crazy assassin comes on as he turns random symbols into wilds. The pick-em game is very entertaining, but it is in the free spins feature that the money start to come in. Look for it as well as the Big Bonus slot on Wizard Slots to play.