The beauty of online slots is that any idea can come to life and Flaming Fox is the perfect example of that. Set in a futuristic Japanese dojo, the Flaming Fox is an expert in martial arts and will use his skills to influence the reels in your favour.

Powered by Red Tiger Gaming, this 5-reel slot game offers 10 pay-lines that pay both ways. On top of an entertaining base game is a special Flaming Features and a Free Spins Feature. Enter the dojo and see if you have the necessary skills to deliver a knockout blow to the reels when you play slots online at this link.

Partnering with some of the world’s most successful online casino operators, it’s clear that Red Tiger Gaming’s team of mathematicians, software developers and graphic designers are doing something right. If you were impressed with Flaming Fox, give some of their other titles a try, including: 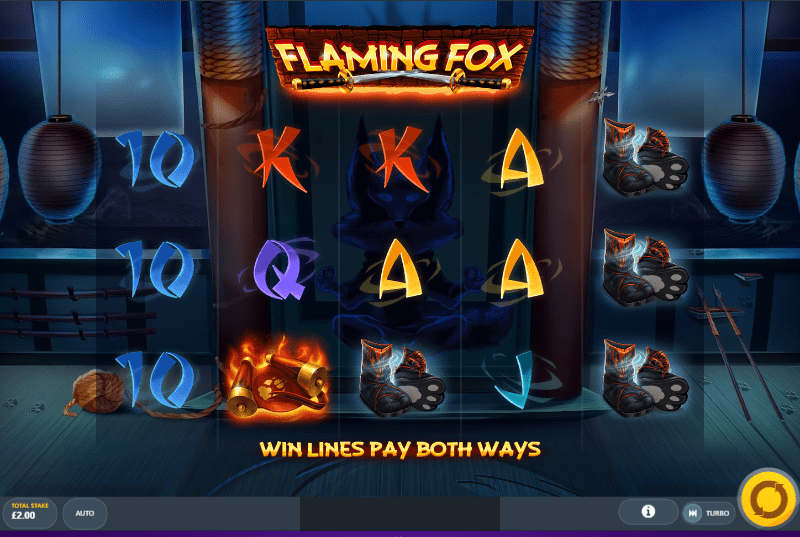 In relation to its Japanese theme, the music and animations of Flaming Fox are extremely therapeutic. The slot itself is unique in the fact that all winning lines pay both ways, making winning combinations more frequent.

Regarding winning combinations, they’ll be full of low and medium value symbols. The lowest symbols in value are the playing card icons ranging from ten to ace. As for the medium value symbols, they relate more to the theme, such as Flaming boots, cat, headband, flaming bells and ninja swords. Don’t worry, Flaming Fox has some great bonus features as well, including Flaming Features and a Free Spins Feature. Find out below how this bonus features impact the reels below:

The flaming reels contain a complete row of high-paying symbols or WILDS.

The Flaming Fox may take it one step further by smashing individual symbols again, transforming them into locked WILDS.

All features that are triggered by the Flaming Fox will stay locked for the duration of the Free Spins Feature. We have written some helpful tips for players to read more about games with the highest RTPs. 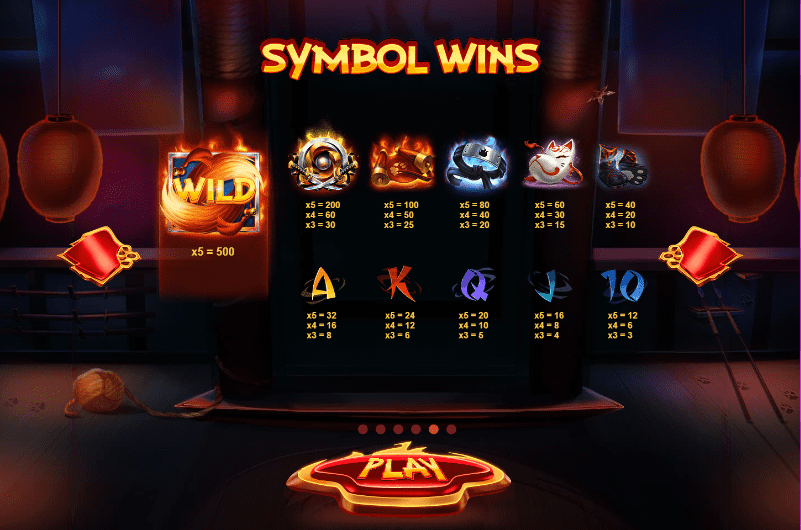 Flaming Fox is a well-designed game with some great bonus features. Unfortunately, the Free Spins Feature can be difficult to trigger, but when you do, it can be very rewarding. Similarly, the base game volatility is extremely high, but having the chance of hitting a winning combination worth 3,333x your total stake is a big attraction.

As far as martial arts themes go, Flaming Fox is right up there as one of the best. Or you may enjoy the popular game, Hotline.