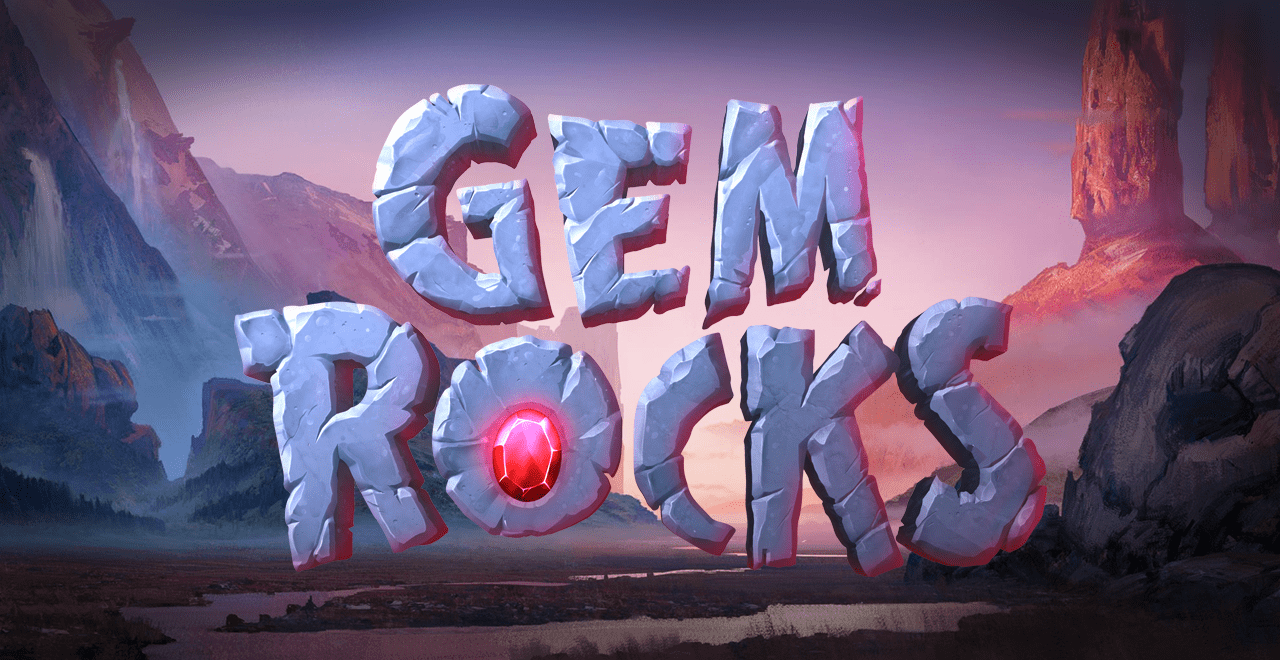 It’s a hard life, but at least it’s an honest one. Welcome to Gem Rocks, a 6 reel slot game that boasts over 4,096 ways of winning compared to most other games that cap out at around 243. All symbols in this one are made up cascading coloured rocks that each possess their own (literal) value.

Developer Yggdrasil Gaming is known throughout the industry as quite innovative in how they go about presenting their work; this is yet another one of these slot games, offering you a different experience with every spin of the reels. This is the best chance to play slot games with free spins at Wizard.

Never has the prospecting business been so booming, how often can you say that you had to put little physical work in and then coming out on top with big money? Not that often we’re guessing. Expect the unexpected here, take that away from this review if anything else. Take a look at our new slots as you read more details below.

Yet another brilliant slot game by the gaming gods based in Malta, Yggdrasil is an online game dev company that was founded in 2013 by Fredrik Elmqvist. That name ring a bell? If not then you might need to question why you don't know this person. Fredrik is the former NetEnt CEO which is a massive name in the online UK slot industry.

Now lending his talents in a new environment, Frederick's vision to create new forms of entertainment has seemingly transcended into this new endeavour where the focus is still on player satisfaction with just a pinch of imagination in theme and gameplay: something he is notoriously known for. 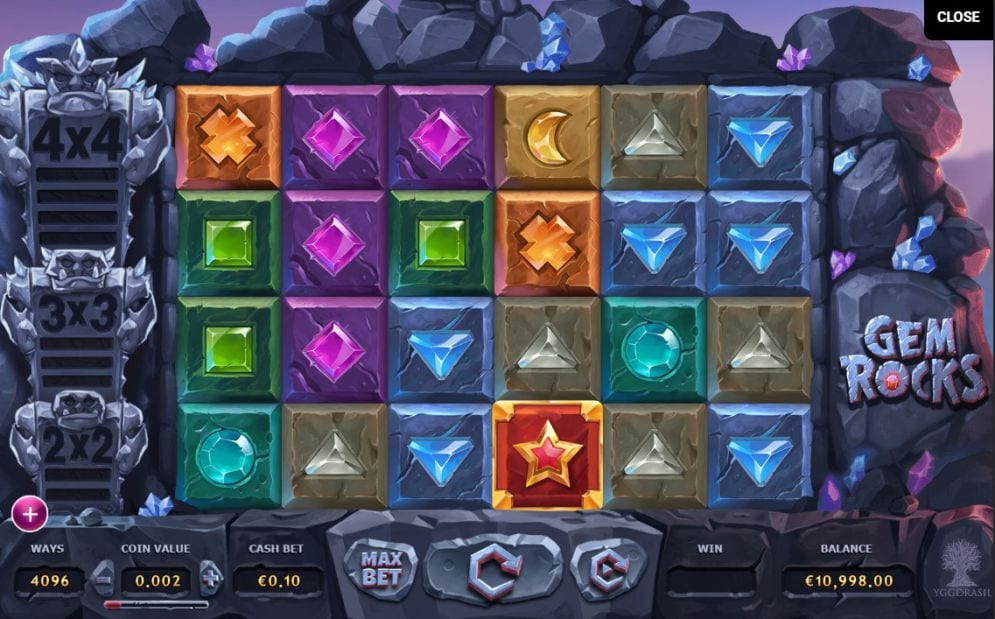 Gem Rocks is not like any other game you’ve played before. This is a slot that reinvents the wheel so to speak. The 6x4 grid of symbols will constantly churn and tumble as you spin on the reels, making it incredibly common for you to come out with some rather big scores. Symbols are not bound by the direction in which they are matched; forget left to right, it’s time to think differently. Check our guide before you play top 10 slot games with the coolest graphics?

Any 3 symbols matched on the reels will unlock a prize, the same can also be said for more spinning combinations that will appear periodically across these reels at any given moment. The action here is so fast paced that you forget that you’re actually winning money on each and every spin.

Diamond symbols are the highest paying out symbol, and will lead you to some rather big wins should you match them in combinations of 5 or even 6. To begin this one, all one needs to do is to select their preferred bet amount, from there you can simply spin away and watch at the beauty in the destruction. See below for our final thoughts.

Gem Rocks has got to be one of the most fun and wildest games we’ve had the pleasure of reviewing. Never before have we seen so many winning combinations over a handful of games played.

You have honestly never experienced anything like this one, and you should play it as soon as possible so that you can then tell your friends. If you enjoyed Gem Rocks, you can play Wild Berry.