Here is a very simple, fairly traditional but very fun online video slot game that uses the eye-catching iconography of rubies and diamonds in a jewel-themed slot game.

Gems Gone Wild has 5 reels and you can win across 20 pay lines. Betting starts from as little as 20p, making for an accessible slot from Red Tiger Gaming available here at Wizardslots.

This is one of the slots designed by the esteemed developer, Red Tiger Gaming, who are capable of creating some really ambitious, narrative-driven slot games that push the boat out.

However, as far as their catalogue goes, this is one of the most simple titles. This though doesn’t take anything away from the fun, as it’s a well-designed and flowing slot and that is a testament to Red Tiger. However, if you’re looking for something more elaborate, Red Tiger Gaming can cater for that, too.

Reel Heist represents a game with a good narrative that involves a cartoon cops and robbers chase - what’s not to like? Make sure not to miss our various games, view our slot games today or try the sequel to this slot, the Gems Gone Wild Power Reels slot. 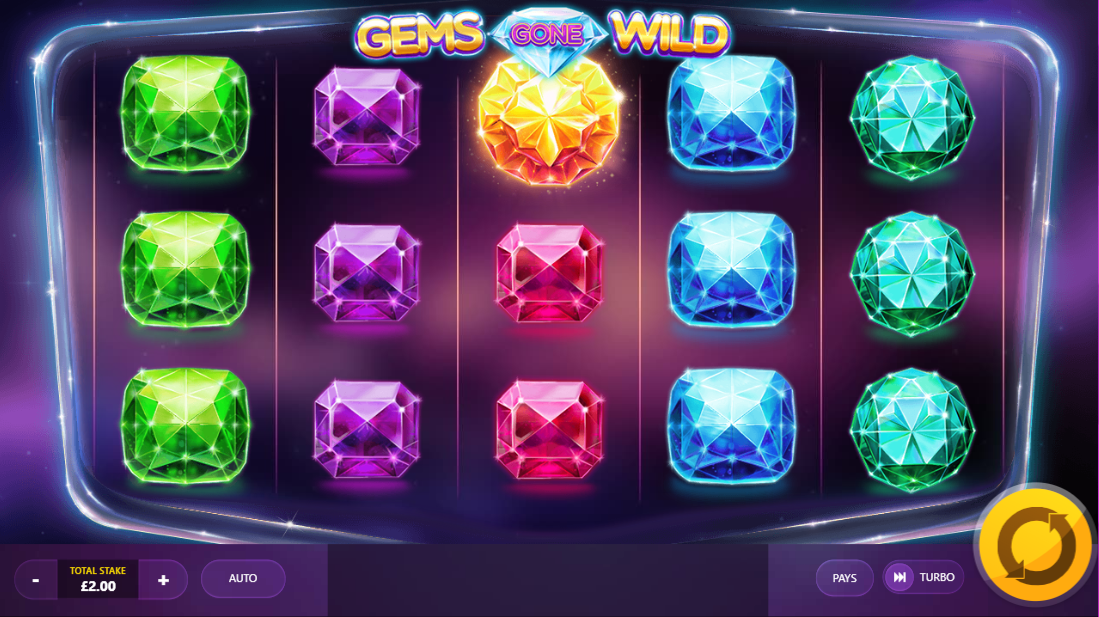 As mentioned, this is one of the best 3D slots that use jewels as it’s theme. This is something you can see across a number of online slot games, such as NetEnt’s very popular Starburst series. Like it’s contemporary, Gems Gone Wild is a very simple game but nonetheless, a very engaging one that allows for some sizeable wins.

The backdrop is a vivid purple with stars twinkling like the gems that you play with here, as all of the symbols are made up of jewels. No lower paying playing card symbols or elaborate scatter symbols add to the simplicity here which inadvertently makes for a very fast paced, free flowing and rather addictive gameplay.

No scatters means no bonus features are involved, either, not even in the form of a free spins round which so many online video slot games seem to rely on. Rather, in-game little goodies in the form of little circles that can spin round any of the symbols live on your reels.

These can randomly explode and turn any of the symbols wilds, thus the name of this online slot. You will also get yourself a re-spin when this happens and the newly turned wild symbols will stay right where they are, increasing your chances of landing something worth your while.

This is, as far as features are concerned, the only switch-up from normal gameplay in Gems Gone Wild but rather than feeling like the game is lacking in variety, this wild-heavy addition becomes all you want - a good feature, indeed. 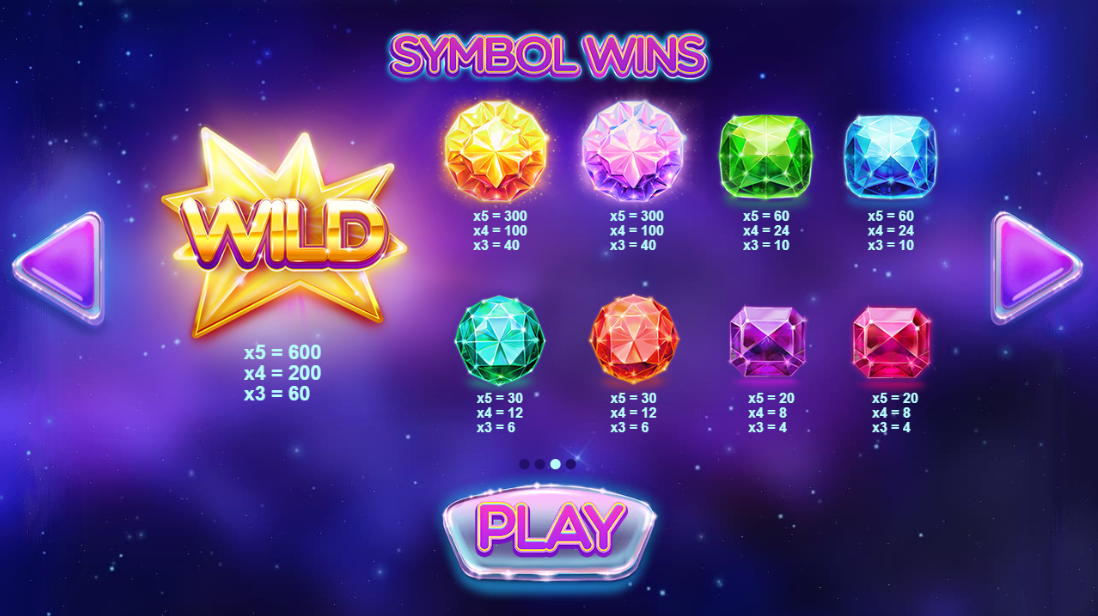 All in all, Gems Gone Wild delivers as a simple yet effective slot game.

The lack of features doesn’t mean that the game gets boring and rather, the repetition makes for good rhythm as you play. The simple gameplay makes it a good game for players of all levels and the 20p buy-in helps with this accessibility, too - not to mention the games the functionally across all of the smartphone, desktop and tablet.

Or go wild with Reel Heist!