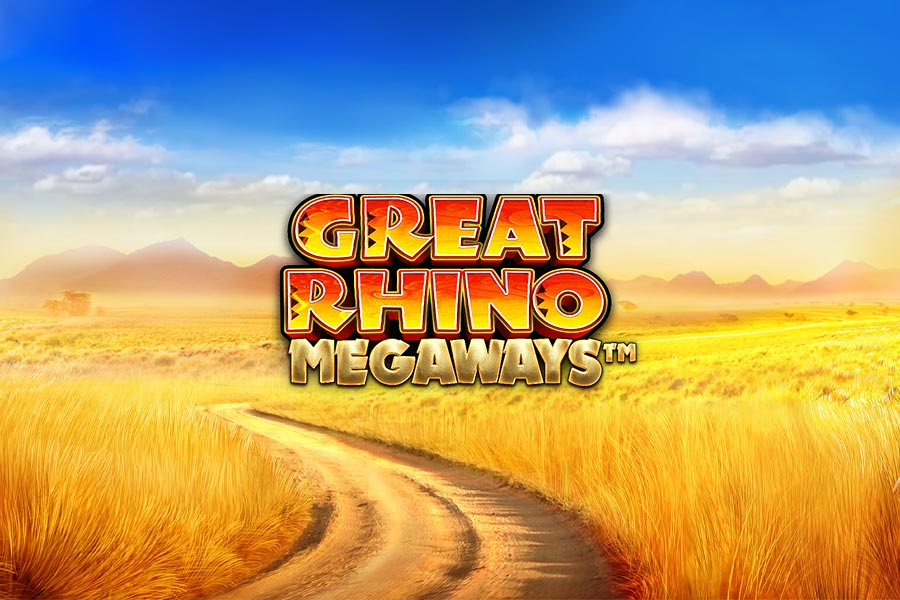 Great Rhino Megaways by Pragmatic Play is a six reel Megaways gambling slots online with the potential to provide up to 200,704 ways to win. It’s one of the most exciting online slots you can play on the Wizard Slots website. That’s because players will get to go on safari in the motherland, the wild plains of Africa.

The game uses the tumbling reels engine with features, including various free spin and multiplier combinations. Each successful tumble will increase the multiplier value during the free spins.

Pragmatic Play is an online casino software developer operating in August 2015. They’re considered one of the fastest growing online casino game providers. They have a work staff of over 150 employees who are responsible for all their high-quality games.

They have also received nominations for Best Game of the Year in 2016 and 2017 for Hot Safari and Queen of Gold. We can also offer you the original version of this slot, spin the reels of many more rhino slots today at Wizard Slots:

The Great Rhino Megaways slot is one of Wizard Slots' best safari-themed online slots. In this game, the number of symbols that appear on each reel changes on every spin. Here, the reels can stretch seven symbols high on some reels and eight on others.

When all the six reels are at their maximum, you’ll end up with 200,704 active Megaways. Symbols in the game include; card values A, J, Q, K, 9 & 10, a bear, gorilla, a flamingo and crocodile. The cheetah awards the highest value in the game of 50x your total bet when 6 of such symbols appear on the reels on the same spin.

The rhino represents the wild symbol in the game with the golden horn. This wild can land on any of the four positions on top of the reels and replace all other standard symbols.

Some slot bonuses you will find on this Wizard Slots online slot include;

Our Verdict on Great Rhino Megaways

Great Rhino Megaways is one of the most fun safaris themed online slots players will encounter on the Wizard Slots online casino. This is because it has everything literally in one place. Whether you’re into fantastic HD graphics, an entertaining theme or rewarding slot bonuses, this is the place to be.

Get ready to win over 20,000x your stake per free spin. The slot has a 96.48% RTP thanks to the Megaways game engine spicing things up in the base game and the expanding multiplier kicking things up during the slot bonus feature.

The features, design and high slot variance make Great Rhino Megaways a playable safari-themed slot. Give it a go; Wizard Slots promises you won’t regret it; you can also spin the reels of the Fruit Party slot while you are at it.