Were you a fan of 1980s cartoon detective Inspector Gadget? If so, you'll love this online slot. You'll go on adventures with Inspector Gadget alongside Penny and Brain the dog and help fight Dr. Claw, the leader or evil organisation M.A.D. 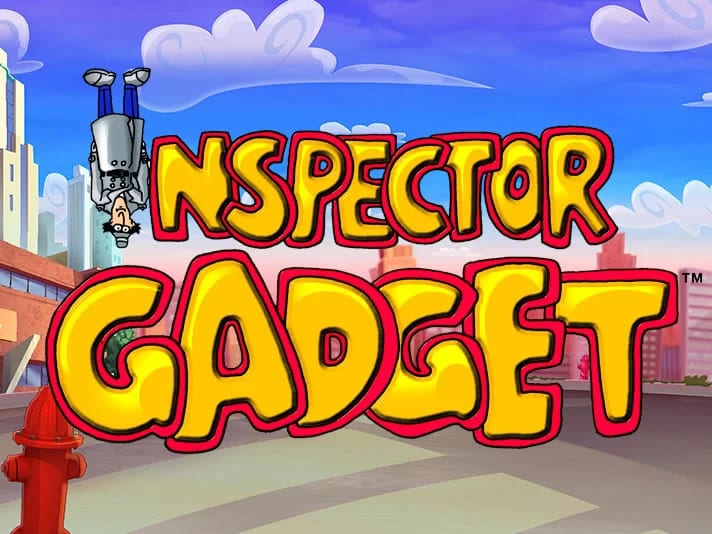 Enjoy the visuals of one of the best new slot games with the coolest graphics!

Inspector Gadget is a nostalgic 5 reel, 20 payline slot based on the hit 80s cartoon with the same name. You'll join forces with Inspector Gadget to go on mysterious missions to win amazing prizes.

Throughout the game, you'll notice a phone ringing. If Inspector Gadget answers the phone, he'll active one of the Go Go Gadget modifiers:

Mission Gadget Wilds Feature - Inspector Gadget will use all of his gadgets to make extra wilds which are added to the reels.

Mission Mystery Brain Feature - In this feature, mystery brain symbols will be added to the reels. These have the ability to turn into any symbol.

Mission Colossal Symbols feature - With this feature, giant colossal symbols can land on reel 1, 2 and 3 or 2, 3 and 4 to create big wins.

Mission M.A.D Added Feature – M.A.D bonus symbols are added to the reels increasing your chances of activating one of the main bonus features.

Landing 3 or more bonus scatters will unlock the feature round. Here are the features available:

Every Penny Counts Free Spins Feature - In this feature, you'll be taken to the M.A.D headquarters. More reels are added to increase your chances of a win.

M.A.D Dash Free Spins Feature - When a car symbol lands, the gadget car will move further along the road collecting amazing prizes along the way.

M.A.D Money Bonus Feature - Choose from the selection of bombs to reveal a cash prize.

Blueprint Gaming has been creating incredible unique online slots for over ten years. They are one of the UK's leading online casino companies and offer entertaining slot games for the global online and mobile markets.

All of their slots are unique with brilliant 3D animations, innovative themes, advanced technology, and thrilling features. They have over 60 incredible slots with themes including pirates, fruit, dogs, and fairytales. If you enjoyed Inspector Gadget, why not check out these Blueprint Gaming titles?

WizardSlots offers a wide array of slots game from Blueprint.

Inspector Gadget is yet another fantastic online slot by Blueprint Gaming. The cartoon graphics are fun and bright and the soundtrack is very mysterious. You'll feel as though you're part of an important secret mission. There are so many features in this slot which is great as you'll never get bored! Be sure to also try out Puss N Boots.