Jingle Spin by NetEnt is a 5 reel and 20 payline slot available on WizardSlots. The slot has got a Christmas theme and involves Santa fishing for baubles that land above the reels. When a wild symbol hits the reels, the bauble above that particular reel activates 1 of 4 bonus features.

You can benefit from cash rewards, free spins, spreading wilds, etc. You can play the game on all your desktop and mobile devices for 20p to £200 per spin.

NetEnt, formerly known as Net Entertainment is an online gaming software company based IN Sweden. The company was formed in 1996 and has risen to become the best online software provider in the world. 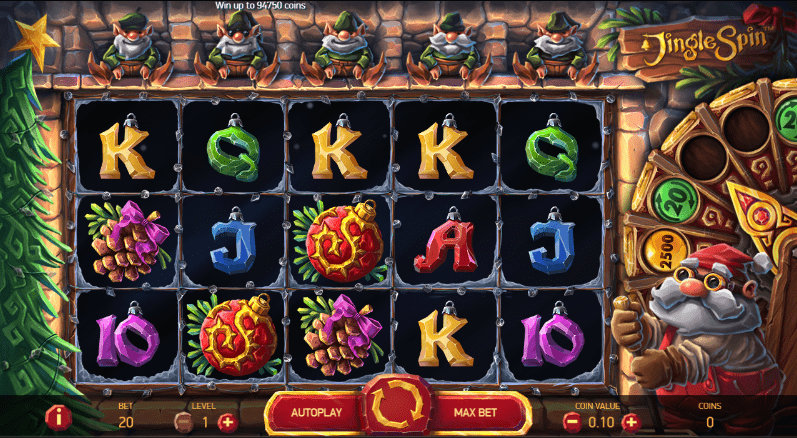 Jingle Spin slot has a festive design which includes Santa’s dwarves sitting above each of the reels. There's a Christmas towards the left side of the reel set, while Santa Claus stands toward the right holding a lever. All symbols in the casino slot games are designed with hooks on them and include card values Q, J, A, K, and 10 as well as other Christmas tree decorations.

These include bells, cinnamon & orange sticks, reindeers, a red/gold bauble and pinecones. The red/gold bauble pays the highest value in the game with 5 on as line rewarding 50x your bet. The wild is represented by the present which can replace all other symbols. You can check some of our best online slots through our guide.

This slot also features a Christmas bauble wheel that's loaded with 4 different feature baubles. On each spin, Santa gives an extra spin on the wheel and if something in that segment shows up on the spin, that bauble will appear on the 5th reel. With each spin, it shifts a position towards the left. If you land a wild symbol on the reel that's under 1 of the feature baubles, you’ll activate a corresponding bonus feature:

-Spreading Wild feature – this feature is activated when a wild symbol appears under the reel where a Spreading Wild bauble is. The wild symbol turns into a spreading wild which transforms all adjacent and diagonal symbols into additional wilds.

>-Coin Win feature – this feature is activated when a wild symbol lands under the reel where a coin amount is indicated. Players then win the number indicated on the coin. Usually up to 125x your bet.

-Surprise feature – this feature is activated when a wild symbol lands under a reel where the Surprise Bauble usually is. Basically, 1 of the 3 above features can be played randomly. 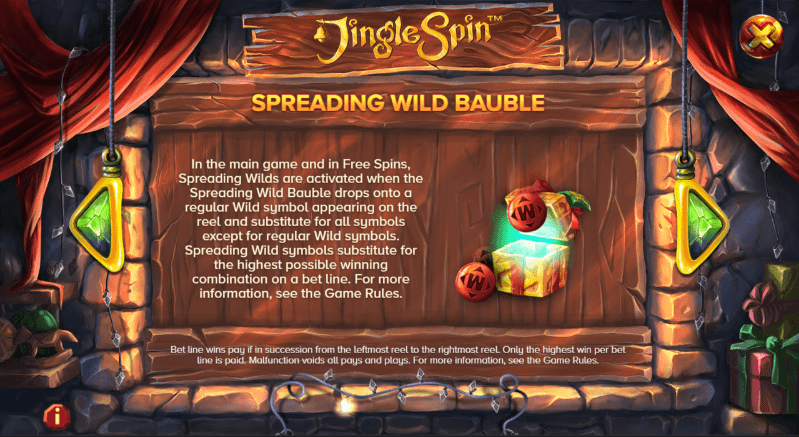 The Free Spins feature is definitely the best of the features as extra free spins can be won. All you'd need to is line up the Free Spins bauble with a wild symbol during each free spin. In addition, there's also Spreading Wilds and coin wins during the feature that helps enhance your win.

All positions above the reels have a bauble that increases your chances of landing a win. The slot has a medium variance with maximum wins going up to 473.75x your bet on every spin and/or free spin. there’s potential to win a decent amount. If you can get lots of free spins, the coins can add up quickly. We also recommend that you give Mighty Black Knight a spin if you enjoyed this game.