Summary of The Champions Slot

If you fancy yourself as a hot-shot striker, bustling midfielder or intimidating goalkeeper then The Champions, a game from the steady hands at Pragmatic Play, might just be the video slot for you! Feel the intensity from the baying hordes in the crowd as you line up your shot for a chance at the big prize.

While everyone’s eyes are on Russia this summer this video slot will have yours firmly on the screen as you gun for victory. Don’t be an armchair pundit, deposit today to dirty your boots and be in with a shout for the big jackpot! Wizard slots is definitely where to play online slots!

Specialising in both online and mobile games, Pragmatic Play have established themselves as adaptable operators in the online gaming arena. With over 150 games to their name their products have been delighting players with their innovation and sheer breadth of new ideas no matter which device or medium they are enjoyed on.

Players wanting thrilling action, high-production values and thousands of chances to win should look no further than Pragmatic’s burgeoning back catalogue. Other games from Pragmatic include: 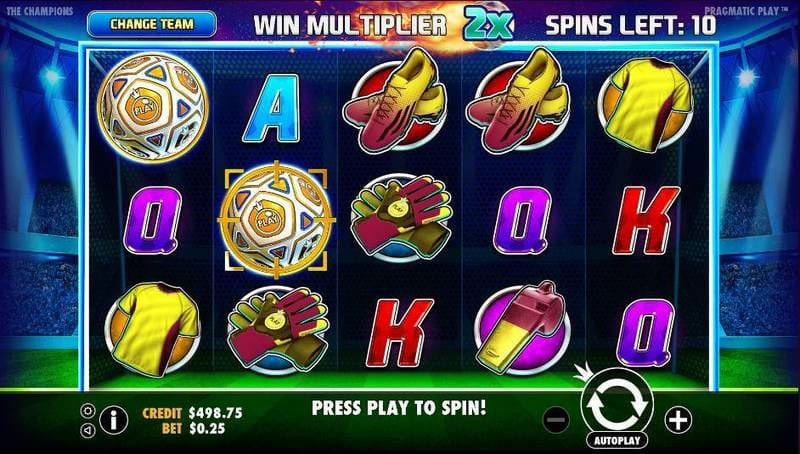 About The Champions Slots Game

With 25 paylines, five reels and three slots, Pragmatic Play’s The Champions offers plenty of ways for you to win and have you jumping for joy like a last minute goal in the cup final. Its slots are styled like a traditional goal while universally recognizable football icons such as a ball, referee’s whistle, goalkeeper gloves and football boots all add to its unmistakeable atmosphere! Get your gears ready and play the best online slots now! 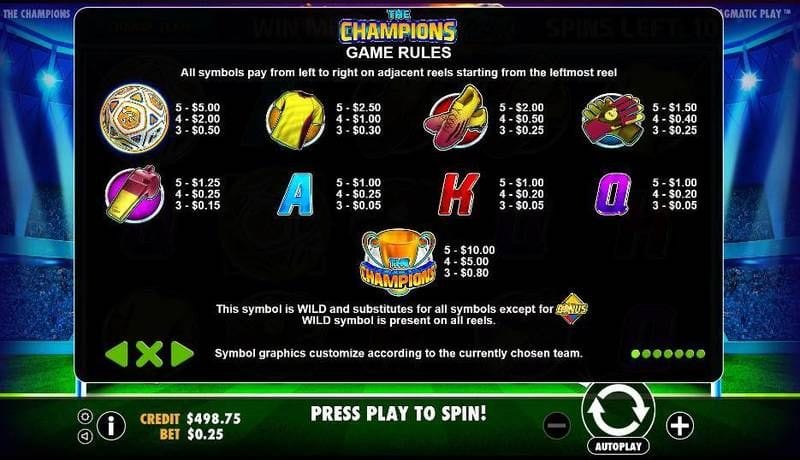 As football fever sweeps the nation its hard not to swept up in all excitement and with Pragmatic Play’s The Champions you can win some big cash prizes to boot! The video slot’s authentic atmosphere and well-realized details will have you clamoring for more and are bound to scratch that footballing itch when you’re desperately waiting for kick-off…and beyond.

It doesn’t matter if you’re the biggest superfan going or a just starting out in the amateur leagues this game has something for everyone. So, deposit now, lace up your boots, hold your nerve and get ready to take home the cup today. If you enjoyed The Champions Slot why not try Birthday.