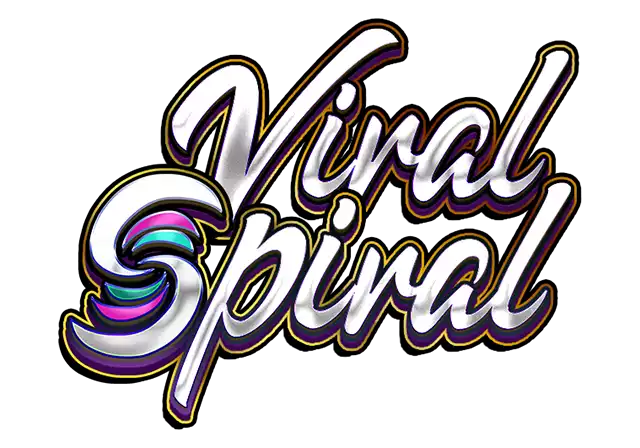 Viral Spiral Slot by Red Tiger Gaming is a unique slot with just one reel and payline.

This UK slot follows a new approach different from the norm in the gaming industry. It has high volatility like typical traditional slots, and you could potentially win up to 5,000x your stake.

Once you open the game, you'll see a single spinning reel on the screen. This reel only displays one symbol completely in view per spin, but there are actually 3 symbols on the reels at all times, with the top and bottom positions being partially in view.

The first thing you have to do is select your stakes via the +/- buttons. Stakes range from £0.10 up to £4 on Wizard Slots.

After setting your wager, what's left is to hit the spin button. You may land nothing or get the bonus symbol in the middle of the reel. If the latter occurs, it will trigger the Bonus Wheel, where you can potentially win the maximum prize!

Meanwhile, the result depends on which segment your pointer lands. Landing on the golden segment could earn you a large cash prize. The smaller winning segments also offer potential cash wins, but they are not as large as what you get from the golden area.

You also get the opportunity to gamble your winnings - spin the wheel again in the hope of landing larger prizes if the pointer lands on winning segments again.

However, If the pointer lands on the losing part, then you lose, forfeit all your winnings, and return to the base game.

Note that the minimum amount you can potentially win on the Bonus Wheel is 15x your stake, while the maximum is 5,000x your wager.