Wolf Legend Megaways is an online slots game from Blueprint Gaming which has adopted the wildlife of North America as its theme. The game has six reels and a variable number of rows, meaning that there is a huge number of different ways to win – around 117,649 according to our calculations!

Here, you can find out more about this entertaining and innovative game, and also discover a little more about Blueprint Gaming and their services. Deposit and play UK slot games today!

Wolf Legend Megaways is a game which is set among the mountains and plains of wild North America. A variety of animals populates the reels, with bison, mountain lions, eagles and the eponymous wolf all being seen. The way the reels are set up makes this game very different to the other online fruit machines that you might have played. The number of rows changes from spin to spin, and there are also symbols located in a row above the reels which can slide into the reels and create winning combinations.

The game’s wild symbol is the white wolf, which will appear only on the top row and can replace all other standard symbols to create winning combinations. The game’s scatter symbol is a howling wolf. There is also a mystery symbol which will transform into matching symbols when it spins in to create winning combinations.  The lower value symbols in the game are numbers and letters.

The game’s main bonus feature is Collapsing Reels. This is where the symbols in winning combinations disappear, to be replaced by new combinations falling into the reels from above. You can also pick up some free spins when three of the game’s scatter symbols appear on the reels. 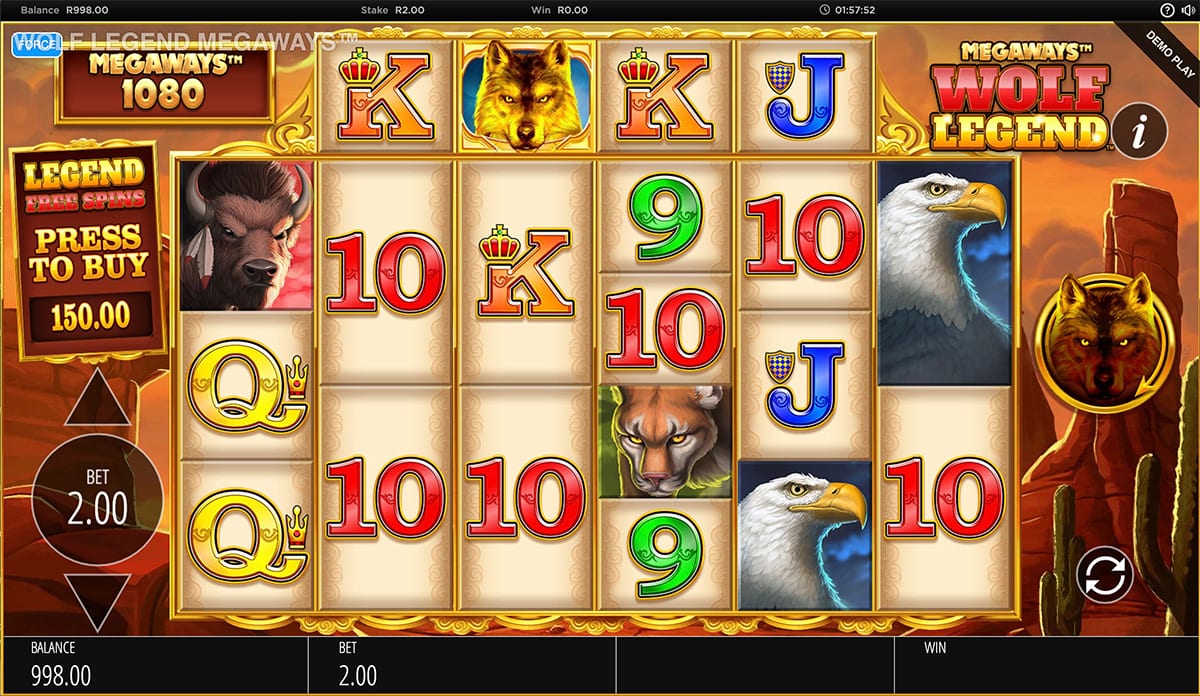 Blueprint Gaming is a German company with roots that stretch right back to the 1950s. Blueprint is a wholly-owned subsidiary of a German company called the Gauselmann Group, which was founded in 1957. Gauselmann is well-known in Germany for its production of cabinet-based casino machines, and has taken its industry expertise into the digital arena over the last two decades or so.

Although Blueprint still has its main offices in its home country of Germany, the international nature of digital gaming means that it also operates premises in United Kingdom, United States and the Philippines.

Blueprint has developed partnerships with the vast majority of Europe’s well-known betting and gaming enterprises, and anyone who enjoys playing slots online will have encountered one of their games in an online casino. Other games from Blueprint include: 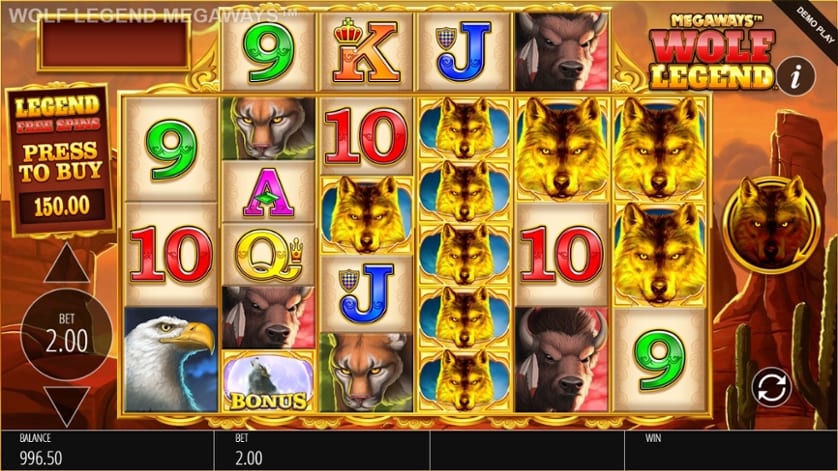 Wolf Legend Megaways is a game which should appeal to gamers who also like watching nature documentaries on TV. With a cast of imposing and impressive looking animals, and an engaging soundtrack of animal effect noises, this is certainly a game with an immersive atmosphere.

The collapsing reels feature is something that we enjoy encountering in any game. If you enjoy playing slots online look out for Wolf Legend Megaways in your favourite online UK casino!