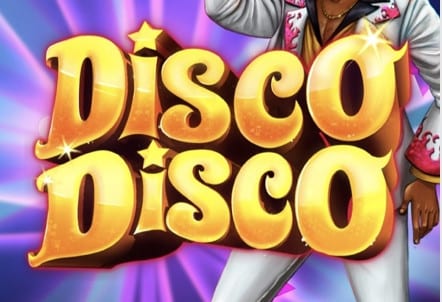 If you’re a stickler for the 1970s club scene that brought you the Bee Gees and Saturday Night Fever then you’ve stumbled across the next best thing. A slots online 5 reel centred around the exploits of 3 extremely short disco divas.

Spin through the reels and match up the disco dancers and shimmy over the disco Wild to earn yourself some gold medallions and become the best disco dancer in the town.

Known for their own take on the online slot games and online casino games market, NetEnt continues to make new strides everyday in every digital entertainment avenue they see fit. NetEnt offers a wide range of titles for every occasion, from online table games to online slots, so much to play and so little time.

What is more funky than the 1970’s? Nothing that’s what. Although NetEnt’s 5 reel, 3 row slot Disco Spins comes awfully close. This game features 20 set bet lines that will also add some very
interesting pay-outs per spin depending on the original bet. The design for this game is very, erm lets say unique.

The classic disco dancers that feature in this game take the shape of bobble-head esque collectibles. On-top of their typical 70’s disco attires, the colours that are prominently shown throughout this game — as well as the overall aesthetic — are mostly purple/dark blue. These colours give the game a friendly take on an otherwise dark nightclub. The disco ball at the top of the screen pops because of this colour pallet, making it an overall very pretty game; cartoonish yet realistic.

Strobe-lights will shoot across the screen at random intervals also, not really that much of a distraction just more of a design choice. Because this is a game based on a dance floor you can bet your bottom dollar that there is a funky theme to Disco Spins — you’ll be fighting the urge to not stand up and boogie after this one we promise you that.

Disco Spins feature a wide array of symbols that are all based on the theme of disco. You have your lower-value symbols which include letters that appear on a light blue background, making them much easier to see if you are looking to avoid these in case of a possible higher pay-out.

All higher scoring symbols are represented by five equally funky disco dancer characters, all of whom look equally fabulous with their distinct hairstyles and unique poses. You’ll definitely begin to pick favourites but keep in mind that some will score higher than others when matched in succession.

The highest earning symbol the lady in red character, look out for her signature red sunglasses. The differences between Disco Spin and any other slot is that any of the five disco dancers can appear as a wild symbol in the ‘Dance Floor Wild’ feature.

In this feature you are taken to a separate screen where 15 dance floor tiles will appear on the reels ranging in a plethora of different colours. Match the colours with that of each corresponding dancer to score major points!

Nostalgia will play a big part in players wanting to come back to this title from NetEnt. It’s a throwback to slots of old which were very bright and colourful; almost larger than life. And that’s what you want out of a game really isn't it? To burst through the screen and to take you back to times of old, in this games case that is the 1970’s. 9/10

A slightly different but equally great game for you to try is Enchanted Prince.