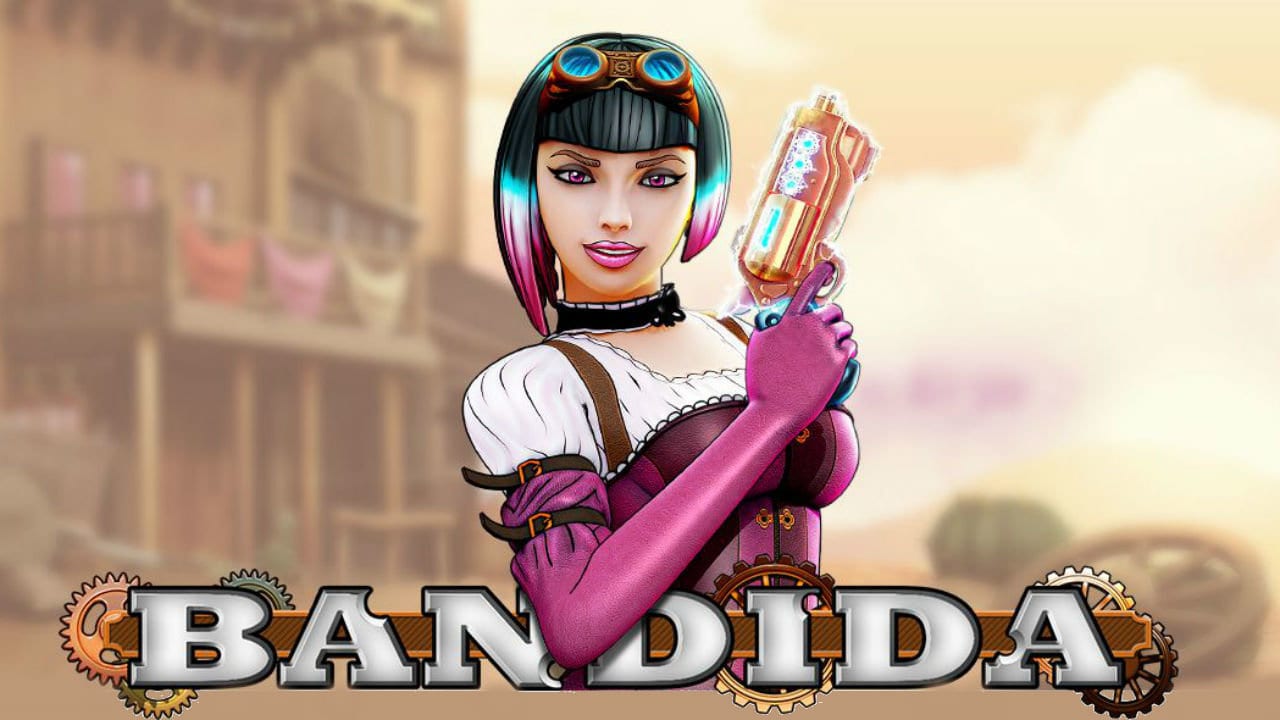 Bandida is an online slot that features an outlaw on the run named Bandida, the theme of this game follows the wild wild west, and the outlaw character is a female. This game is developed by one of the online slots uk leading developers, Leander Games. Play it today at wizard.

This slot is based on Bandida, the outlaw, as she makes her way up the crime world from rookie to the most-wanted female. Set in a desert with criminals and a sheriff, the game features the standard five by three grid and is filled with symbols we’re familiar with. It offers 20 paylines, an RTP of 96.01%, and a progressive jackpot that starts at a minimum of 10,000 coins.

The soundtrack is country-themed; there are free spin features and a maximum jackpot value of 22,099 coins. You can continue to read more about this game or go-ahead and check out new slot games Wizard Slots!

Bandida is developed by leading developers in online slots across 31 countries, Leander Games. The gaming company has been around for over a decade now and have produced a wide range of polished and innovative slots.

They've made a name for themselves in the online slots UK as their titles are not yet available to USA players. Their games are of high quality and usually take on a lot of themes.

A common theme you'd notice in their slots online is the enablement of bonus rounds and fascinating in-reel features like expanding wilds and scatters. Some of their high quality and beautifully designed games include:

These online slots and more are available to you once you start playing on Wizard Slots. 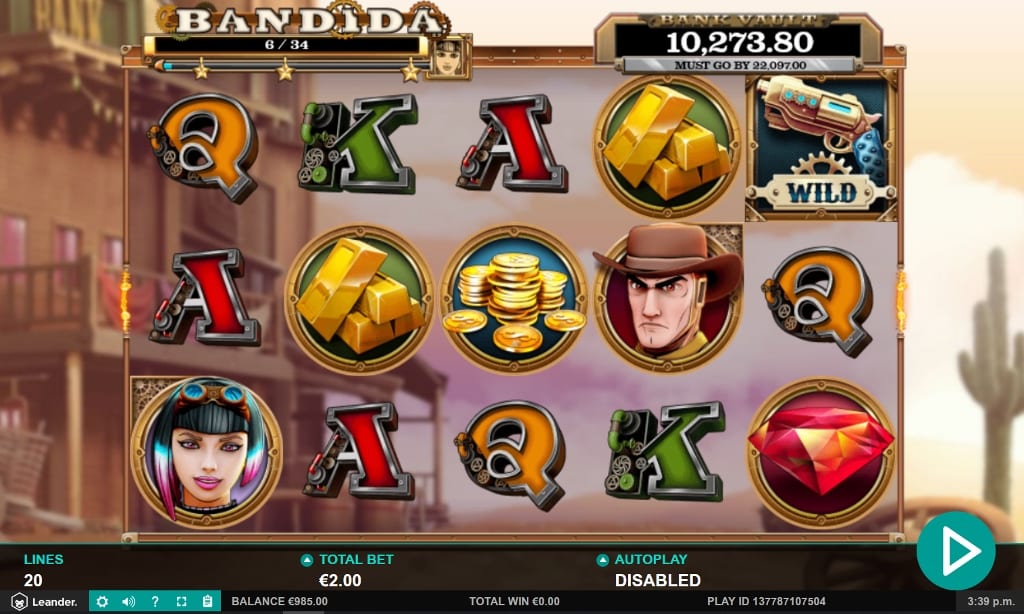 Bandida is set against a background that features a typical town in the desert, cactus, and a saloon. The soundtrack is a mix of relaxing acoustic pieces and noises from a mechanical reel. The Bandida continues to search for an escape from the grim-looking Sheriff, and as she evades pursuit, her rank grows into the most-wanted female.

On the window of your screen, you'd find two bars, one to monitor your localized progressive jackpot and the other to monitor the progress bar for the criminal record feature.

There are no scatter symbols in this game; there's only the wild, represented by the Sheriff holding a futuristic-looking handgun.

As found in many online slots uk, there is also an autoplay feature in this game. You could play as low as five rounds and as high as 100 rounds continuously without any interruption. The best sizes on this online slot range from 0.20 to 40 coins. 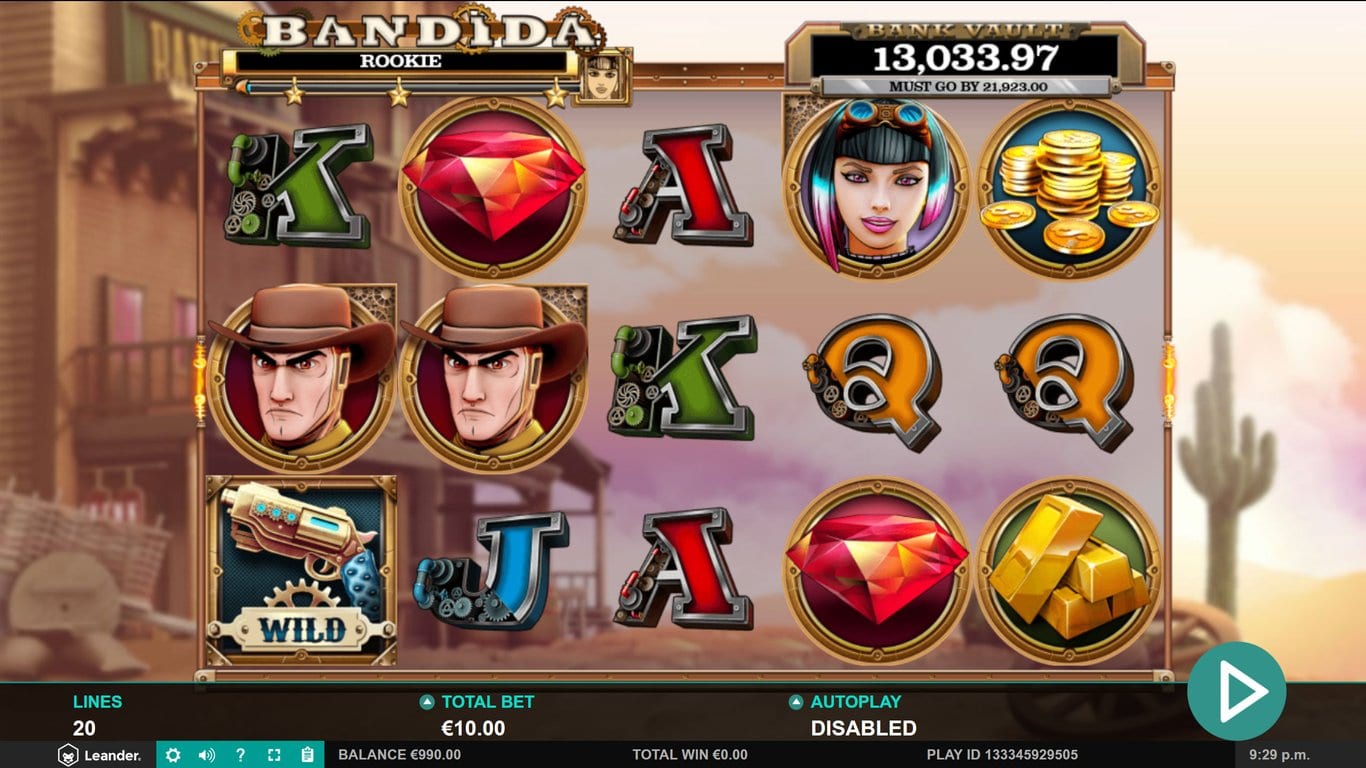 Bandida features three main bonus features and is unlike other slots online. They include:

Get these bonuses from this slot and other slots online when you play now on Wizard Slots.

Bandida is an unusual theme from the average uk online slots. It's definitely worth the trill with its adventure and progressive gameplay. The RTP and unique features also make this slot worthwhile. Play this and other online slots like the Alpha Squad slot on Wizard Slots to win big!