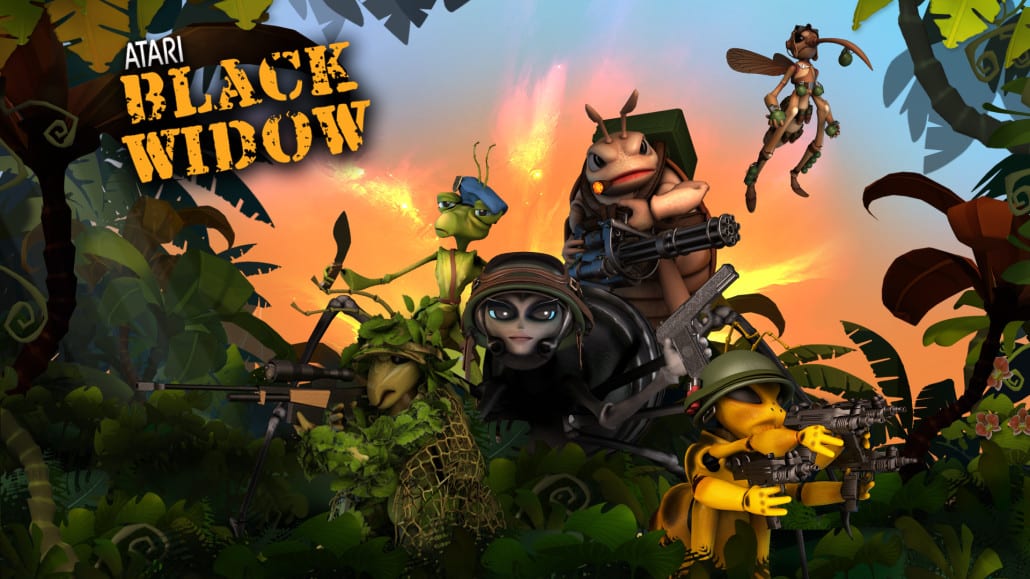 The term “Black Widow” may conjure up images in your head of either spiders, murders, or military!  But fear not, this version of the slot game is much more light-hearted and fun!

And it’s all about the ants!

We’ve spent a few hours playing these online slot games and we’ve provided further details below. Play the game after your read it at Wizard slots!

The slot game has been developed by a company called Pariplay.  Pariplay are a relatively new kid on the block but they are famed for their tech and use the most modern techniques when architecting their games.

Click here to see our full range of promotions.

Black Widow comes with an attractive array of 25 paylines spanning 5 reels.  The game incorporates some cool videography and animations.  The detail of the design is outstanding and the performance is as you’d expect from a Pariplay game.  If you want to get the most out of this game then try to view it on a high-res screen and it will blow your socks off.

For the ultimate experience crank the soundtrack up to the max.  It is a daft tune but it gets you in the right mood to join forces with your ant army and commence battle! 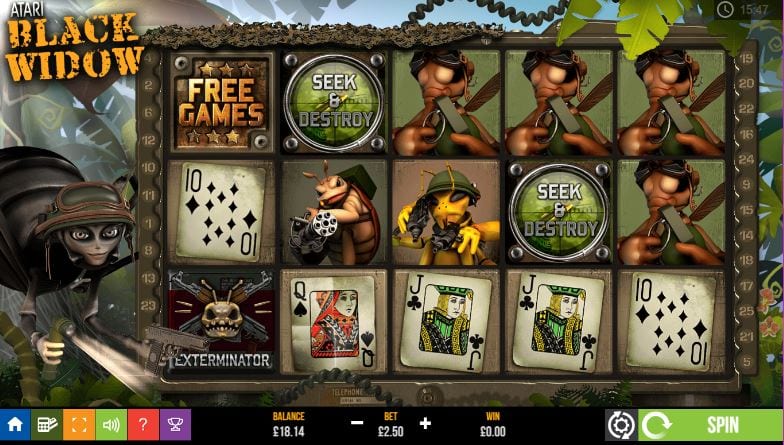 Stake amount ranges from £0.25 per line which is slightly higher than most other slots players so please make sure you can afford each stake as they will rack up quite quickly once you get into the swing of things.

The visuals and artwork are very impressive.  The background is a web of intrigue.  Combative ants are your friends as you spin the reels.  Some of them bring heavy artillery and firepower with them to help you land those big wins.

Content-wise there is some good bonus features to this game including free spins and win multipliers.  As usual you can activate these by landing wilds and scatters.

There are quite a lot of bonus features actually so it’s worth having a good play on the game to make sure you get through them all.  For example, the Exterminator which will activate when the scatter appears on any of reels. The objective of this bonus game is to shoot as many enemy bugs as you can in order to win big. 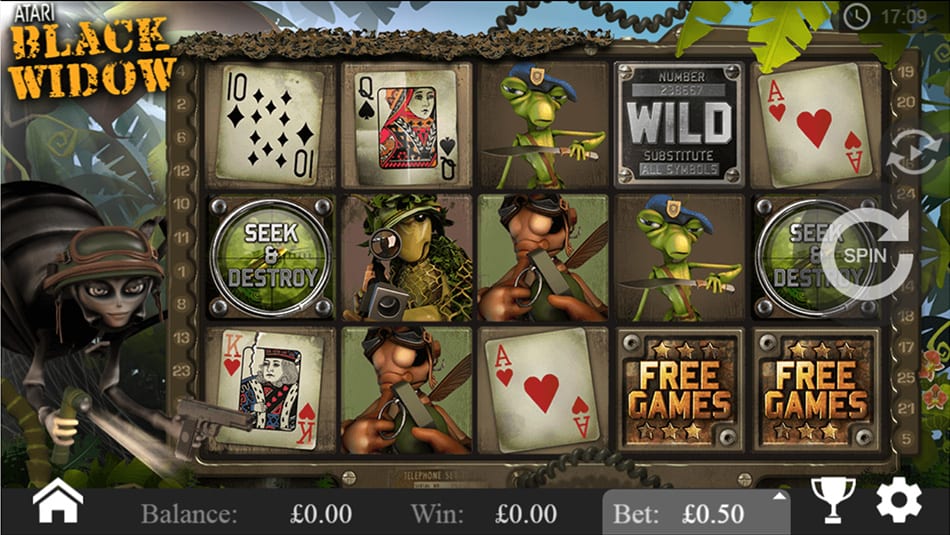 Another of the bonus games is called Seek & Destroy and will be triggered if the scatter turns up on reel two.

The game has the functionality to stack multipliers on top of existing multipliers so it can be very lucrative if you manage to nail a few.

Black Widow is a great game and is quite unique when compared to your more standard slot game.  The content is the key strength to this game which provides you with a great deal of longevity to your gameplay.  We think you’ll have an absolute blast playing this game!

Another great game is our foxin wins slot.