If you like your medieval heads of state Russian, you are going to like Red Tiger Gaming’s online slot game Golden Tsar. Slot games of this theme don’t come around too frequently, and there might be a reason for that - or could it be a missed trick by developers up until this date?

Sign up to check out new slots online at Wizard Slots!

One thing we can say for sure is that Red Tiger Gaming have given it their best shot. Golden Tsar is beautifully designed,  as we are used to seeing from these guys, plus it has a reasonable RTP of 95.77% albeit a slightly low max win of 1936x your stake. This is particularly low when considering the fact that this is a high variance slot game.

All of that aside, Golden Tsar is quite fun to play, and it’s always good to see something a little different in the world of casino slots games.

If there’s one thing that Red Tiger Gaming do right quite consistently, it’s graphics. Golden Tsar is no exception to this, and the regal theme of the slot is presented in the richest of colours with interestingly designed symbols and characters.

Prefer to play on your mobile? No problem. Golden Tsar is also available to play on mobile devices, and looks great on those as well.

Bristol-based online casino game developers Red Tiger Gaming are one of the best in the business. If you’d like to check out some more slot games from the guys at Red Tiger Gaming, why not pick from our list of what we think is their best work: 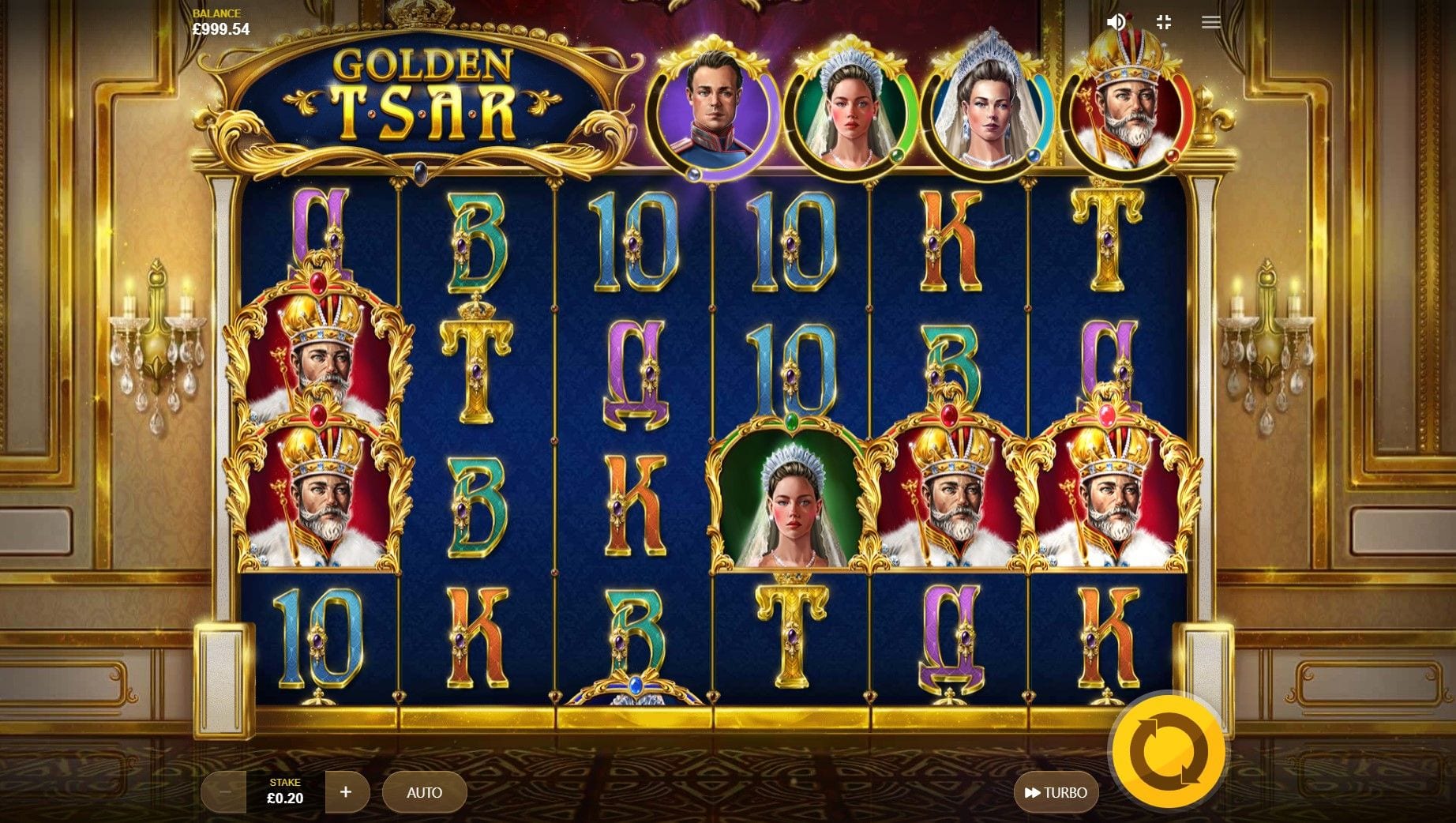 How to Play Golden Tsar Slot

Because of this slot game’s fixed paylines, it really is as simple as setting your stakes, spinning the reels and seeing where that takes you. To get to that point in the first place, there are a couple of things that you will need to do, but luckily, we have made those things as easy as possible at Wizard Slots.

First and foremost, you are going to need an account to play online slots. This is quite easy to do, and the time between beginning this process and starting on your favourite slot game should take under 10 minutes.

Simply hit Join Now, fill out some details and then confirm your email address. All you’ll need after this is a deposit, and we recommend £10 so that you can have a go at spinning the Mega Wheel, from which you could well win some decent free spins!

Want to play Golden Tsar for fun? Check out a demo online before playing it for real cash with a quick search. 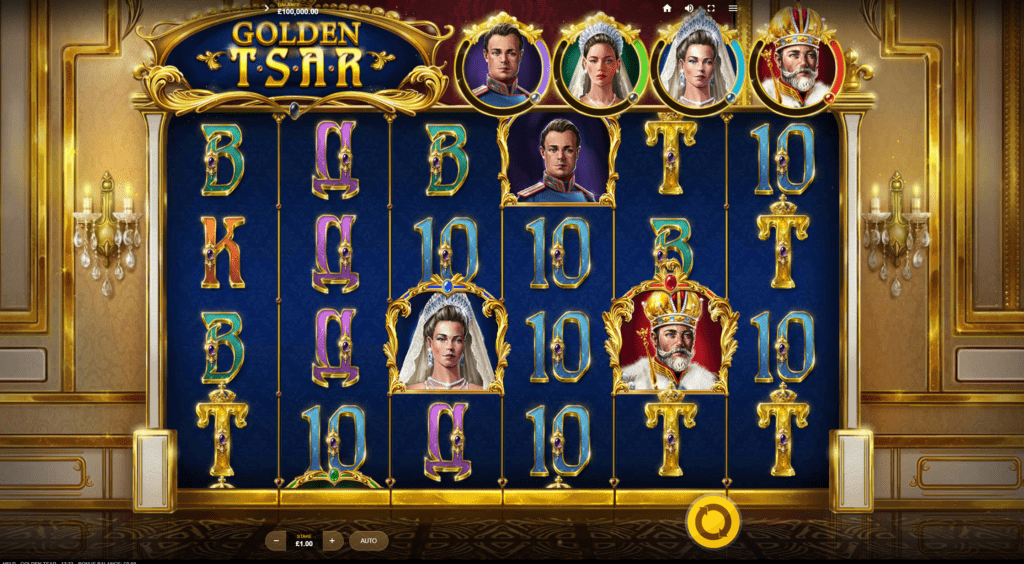 The numbers of Golden Tsar aren’t hugely exciting - this game is all about the playing experience. Nonetheless, check them out!

RTP - just below average at 95.77%, but this is actually higher than the average RTP from Red Tiger Gaming who are quite used to setting their RTPs lower than the 95% mark.

Volatility - high. But not super high.

Minimum and maximum bets - anything from 10p to £40

Paylines - there are 30 fixed paylines, so all you need to do is set your stake and spin the reels.

Bonuses - the two bonuses on offer in Golden Tsar are named Tsar Spins and Royal Expand.

Wilds and Scatters - the jewel eggs are the scatter symbol and these are important to the bonus games.

Maximum payout - 1936x your stake - not hugely impressive but we wouldn’t say no to combining that by £40.

Exclusive Symbols - that jewel egg scatter is the most valuable symbol on the table.

Tsar Spins offers you 12, potentially lucrative free spins whereas Royal Expand will push the reels out and give you more chances to win!

We definitely would have liked to have seen more cash on offer from Golden Tsar considering that you might go through some dry spells to win anything at all. That being said, it is visually a lovely game. We could give it a 5/10. For more great slots, check out the reels of the Dragon Spin Pick N Mix slot.