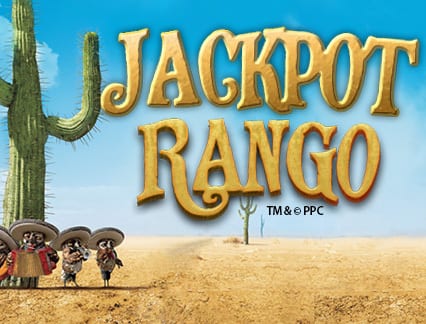 Here's an all new online slots jackpot game from one of our favourite developers here at Wizard Slots. After its release in 2011, Rango became an instant classic, not only with kids, but with adults. It was one of those animations that could transcend the boundaries and find its way into the hearts of adults.

Since then the lizard that was voiced by Johnny Depp has achieved somewhat of a cult status that has inevitably led to a 5 reel slot game being created in its honour. Spin today to experience the Wild West wonder of Rango and win some free spins and a load of cash rewards.

One of the main things iSoftBet are renowned for is their high-quality branded slot games. Their range of official titles includes slot games UK like The Warriors, Platoon and now Jackpot Rango. If you’re a big fan of iSoftBet’s work then it’s worth visiting some of the other games that feature in their repertoire on the Wizard Slots platform. There’s a substantial array to choose from. 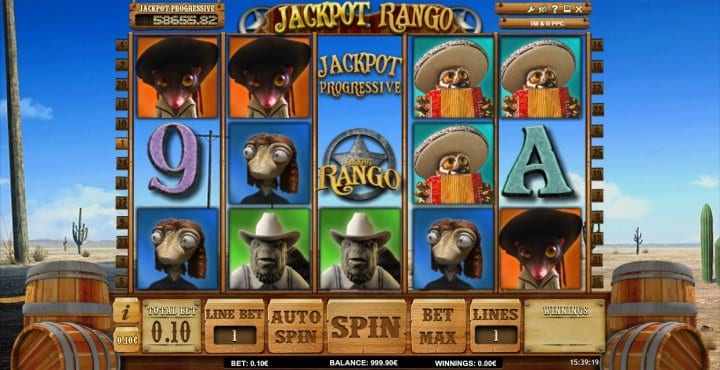 The smooth-talking lizard Rango is back, and has been immortalised in his very own 5 reel online slot game. The plot of the tale centres around Rango’s journey to the town of Dirt, a town desperately seeking H2O, otherwise known as water. The popular cult movie featured voice appearances from substantial actors like Johnny Depp, Isla Fisher, and Bill Nighy to name a few.

The Gameboard of this game is set on the deserted and arid highway of the American mid-west. Its features include saloon like framing donned with Sherriff buckles and a range of symbols that feature your lower-valued letters and also many familiar faces from the motion picture film.

In addition, the soundtrack of the game plays soothingly in the background throughout, before gradually increasing in tempo when we enter the jackpot features. Throughout these features, you’ll also enjoy some wonderful cut scenes from the film which all add up to the immersive gameplay experience that iSoftbet provide. 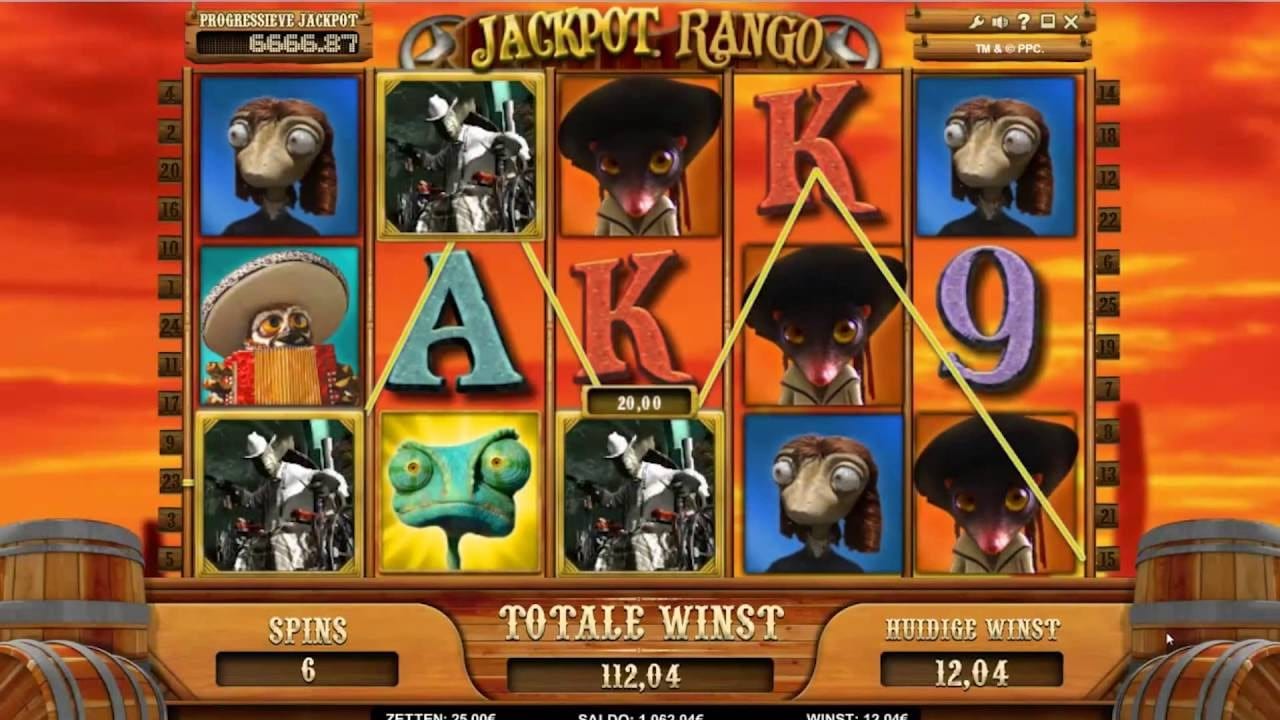 There’s 5 reels and 25 paylines to enjoy when you play Jackpot Rango and consecutive symbols must be lined up across paylines for you to have any chance of winning big on this slot game. Rango and Rattlesnake Jake are the online symbols on the game that will land you an instant win if just two of these critters are lined up consecutively on the reels. The other symbols on the reels are all made up of other notable characters from the game.

The WILD symbol on this game is of course the RATTLESNAKE JAKE symbol and can be swapped for any other symbol on the game board apart from the scatter symbols or the progressive Rango Jackpot symbol. If you’re looking to capitalise on the huge progressive jackpot on offer take a look at the top left hand corner of the screen and you will be able to see the amount up for grabs. To win this lucrative jackpot you must land 5 OF THE PROGRESSIVE JACKPOT symbols on the reels consecutively.

Your free spins can be won by first landing the RANGO symbol twice on the reels. This method will award you a random number of free spins that can change following every victory. Alternatively, the Sherriff Badge will give you 10 free spins and some sumptuous multipliers when you land this baby 3 or more times anywhere across the reels 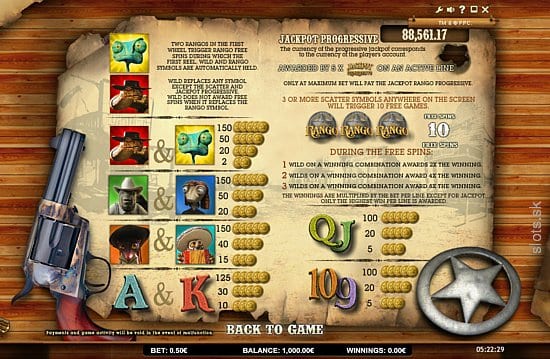 For all it’s worth, Rango is a wonderful film and sets itself up perfectly to be reincarnated as a 5 reel slot game. There is simply no negatives about this game. Its simplistic yet immersive gameplay allows the gamers to engage in the gameplay and fantasise about the wonderful concepts that exist within the film.

All this coupled with the jangly guitar soundtrack of the desert add up to create a 10/10 slot game. Brand new to Wizard Slots. If you enjoyed Jackpot Rango you might also like Mona Lisa Jewels.