Wizardslots brings you a classic online slot in the form of Million Coins Respin. Are you just looking for a traditional casino slot game without any bells and whistles? Not really into all of the quirky themes that seem to be taking over the whole gaming world at the minute?

Well, you don’t have to worry as we’ve got just the slot for you right here. Million Coins Respin looks just like all the slots you see in arcade halls and pubs. Except this comes with the added bonus that you can play it in the comfort of your own living room!

iSoftBet started developing games in 2010 and ever since then they’ve been working hard on their output. Their slogan is “captivate and entertain” and they always endeavour to do so with their various casino slot games.

Even though Million Coins Respin might look slightly basic on the face of it, you can be sure that it lives up to iSoftBet’s integral goal and slogan. Come and discover more slot games from iSoftBet! 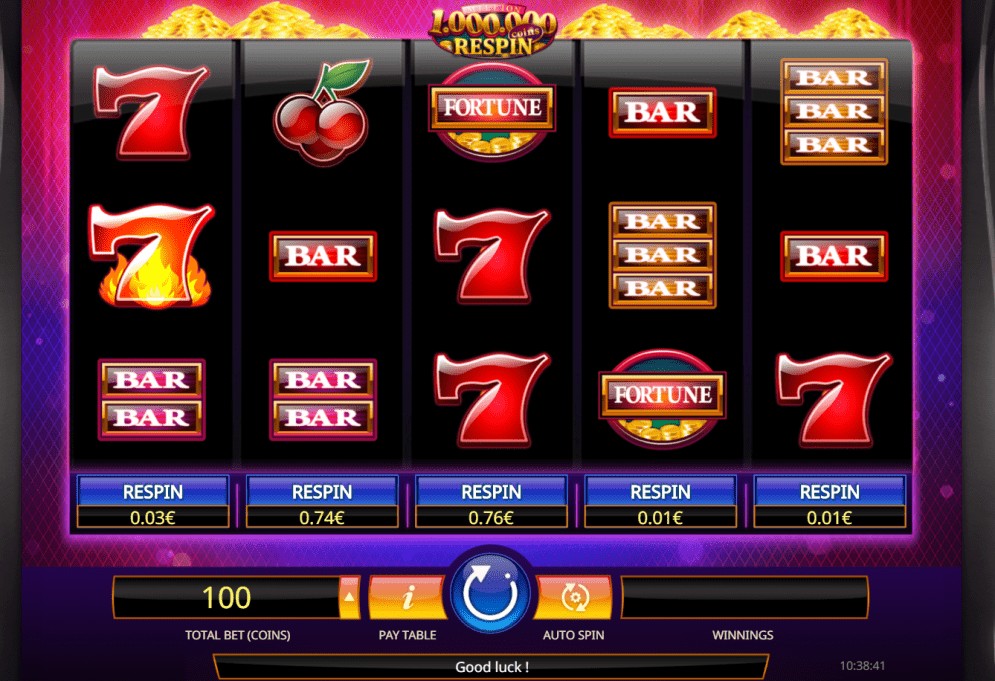 If you’ve ever played a slot game in real life in the pub, then you will probably be very familiar with the whole game play of Million Coins Respin. In fact, the whole design of the game makes it look like you’re playing on a proper slot machine! There are five reels to play on, and you could win on any one of the twenty pay lines.

You’ll probably already be very familiar with the symbols on the reels. There is the usual single, double and triple bars that you would have on a standard slot machine. Not only that, though, but cherries and big sevens also make an appearance. As well as these, though, there are some special symbols that could help you win a lot more in each spin.

· WILD SYMBOL – When you see the Million Coins Respin symbol, you’ve got yourself a Wild! This can help multiply your winnings. You will notice that it can replace any symbol, just not the Scatter.

· BONUS GAME – If you land enough Scatters, you will get the chance to take on the Bonus Wheel game. You just need to spin the wheel and see which prize it lands on.

You stand to win Free Spins and some multipliers which could really boost your jackpot!

The game also comes with a great auto spin feature which can greatly speed up play. Simply enter in how many spins you want to play and the game will do them for you. This can really speed up winning and adds an extra aspect of excitement to the slot. 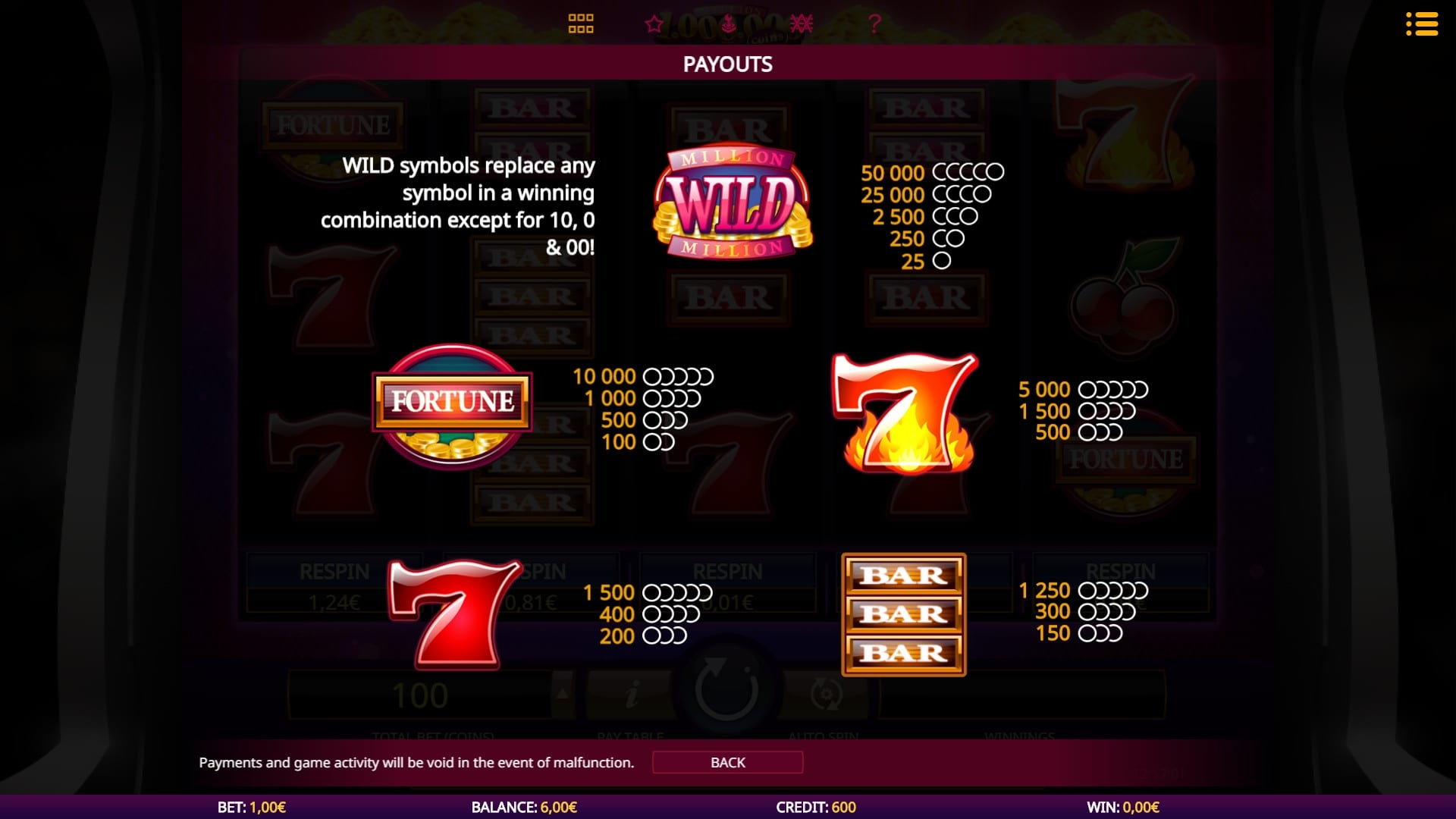 As traditional slot games go, Million Coins Respin is one of the best from iSoftBet. It’s a great option for those who are put off with some of the quirky themes that many contemporary slot games have.

Without having to focus on any frills, the developers have been able to totally nail the central features, and this shines through. For a quick and exciting game that gets straight to the point, this is definitely the one for you! If you enjoyed Million Coins Respin why not try Lucky Little Gods.