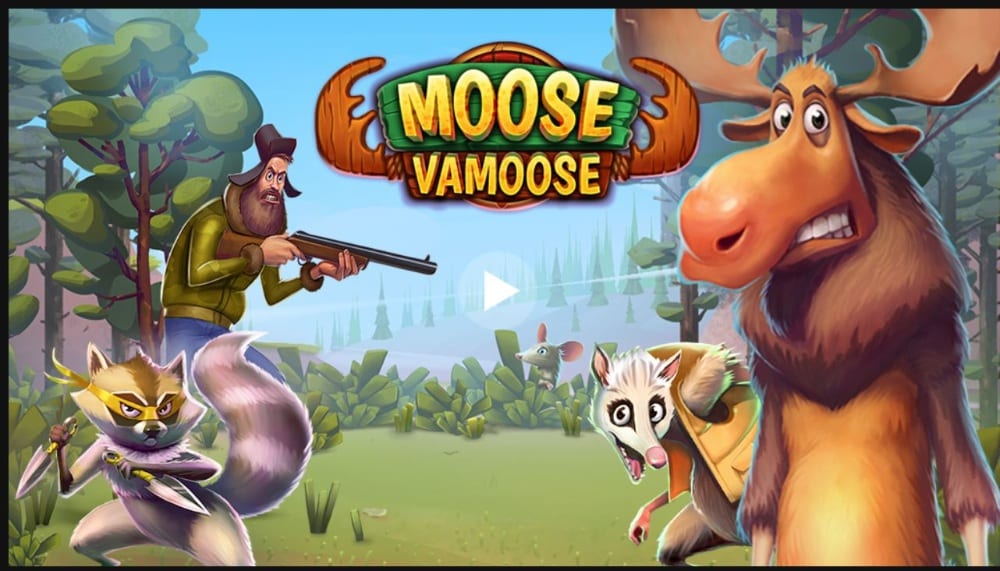 Exciting Argentinian online slots casino games developers Leander Games have teamed up with Hungry Bear to bring you one of their top spin slot games, Moose Vamoose. It’s a cute, slightly comical animal-themed games that serves as a testament to Leander Games’ lovely graphics, and through this Moose Vamoose pulls you in and engages you as a player.

In terms of its slot setup, it’s pretty standard: 5 reels by 3 rows make up a total of 20 paylines. The top payout is pretty reasonable at 500x your stake, although the RTP here is a little disappointingly below average at 94%. For this, it doesn’t compare to the best casino slot games in the world but it is still a lot of fun to play and includes some cool bonus features too.

About Leander Games - the Developers of Moose Vamoose Slot

Leander Games, or Leander Studios, were formed in 2008, and since then, in their 12 years of existence they have produced some excellent quality online slots UK and other online casino games too.

This consistent level of slots online development quality has led the Buenos-Aires outfit to begin to work with and sell their slots to some of the biggest online casinos in the world, and their releases on slot games site Wizard Slots are a sign of that. They’ve also partnered with some cool online casino developers (such as Hungry Bear in this instance) to get the most of out of their gameplay.

These guys are particularly popular for their graphic design and their out-of-the-ordinary bonus rounds. When we take a look at some of Leander Games’ best slots over the years, these things become quite evident indeed. Here’s a few of them:

You can play some of the best Leander Games sites, Moose Vamoose included, at online slots UK casino Wizard Slots. 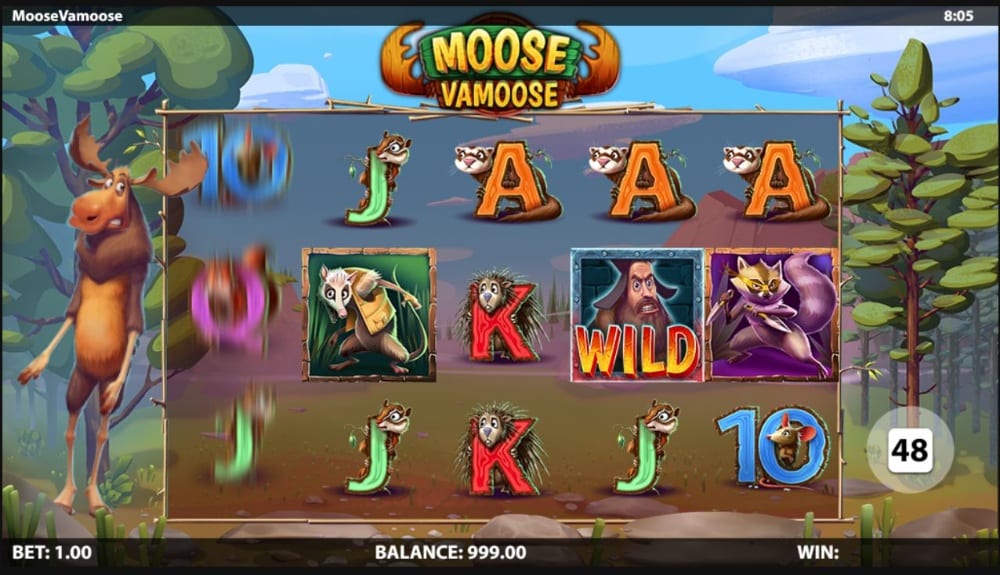 In Moose Vamoose, you can bet from as little as 0.2 coins, which equates to 0.01 per payline. Or you can increase the line bet to 10 coins, meaning your overall stake per spin will be 200 coins.

Once you’ve decided upon this, you can get involved with the gameplay which tells a loose story of a character named Hunter Bill (who also acts as the wild) who is hunting the other main character, The Moose. These characters make up the high-paying symbols, alongside some other animals in the forms of a rat with a chainsaw, a possum and a raccoon ninja, as well as the Moose Vamoose logo symbol. The low-paying symbols are the Royals, which are styled by the less aggressive looking animal characters of the game. 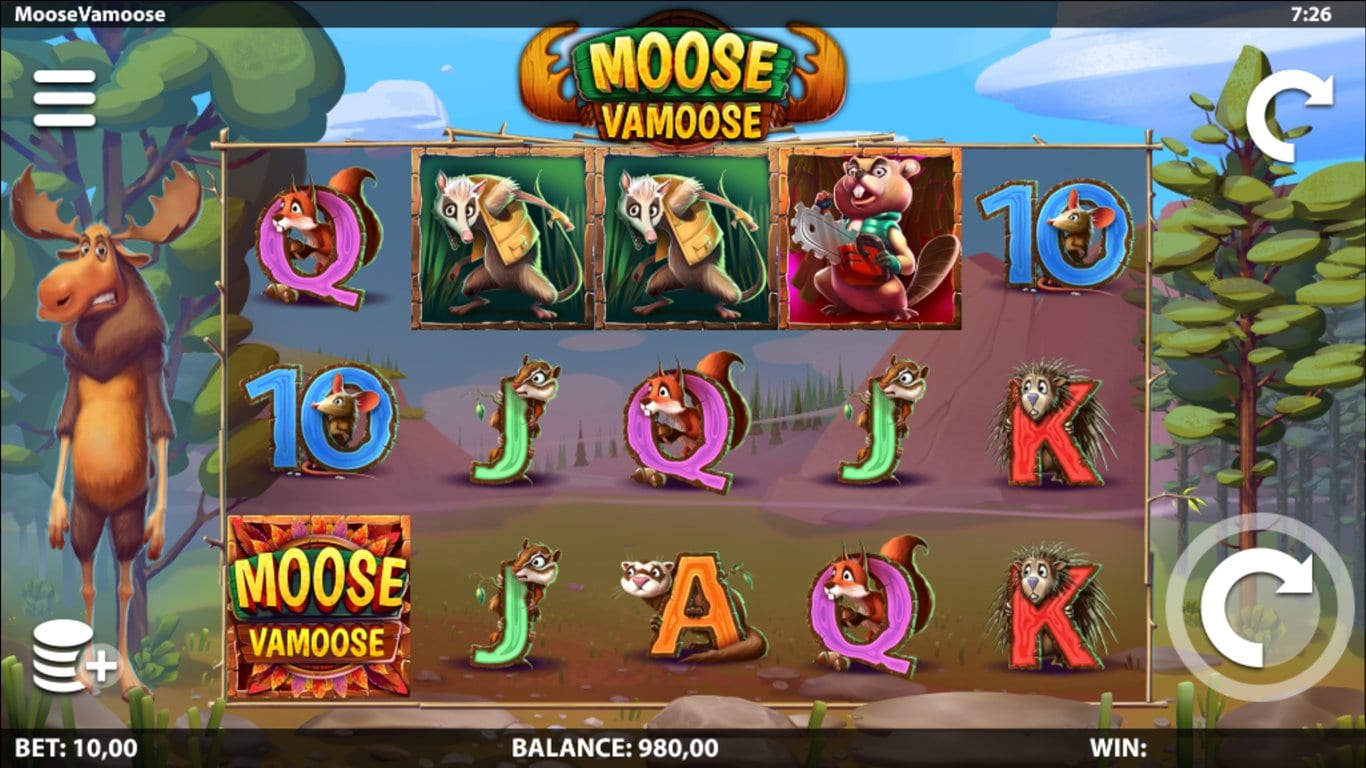 About The Bonus Features and Free Spins

The best part of Moose Vamoose, and the one thing that could make it compare with top online slots, is the bonus features. While they do not pay out particularly well or often, they’re a lot of fun to play and there is definitely money to be made.

The most exciting of these bonus features is the Rapid Fire feature. Randomly triggered, it brings Hunter Bill and The Moose to life, and in doing so brings a bunch of animated symbols to the top of the regular reels that will help you out with your winning. This feature can also bring wilds, so is definitely something to look out for.

Another bonus feature that Leander Games have offered in Moose Vamoose is the Vamoose Bonus. If any of the symbols that you land on the first reel become stacked, then that reel locks in place and will clone itself to at least one more reel. There have been instances where this feature has enabled all of the reels to become cloned - which means a whole bunch of instant wins in one go. 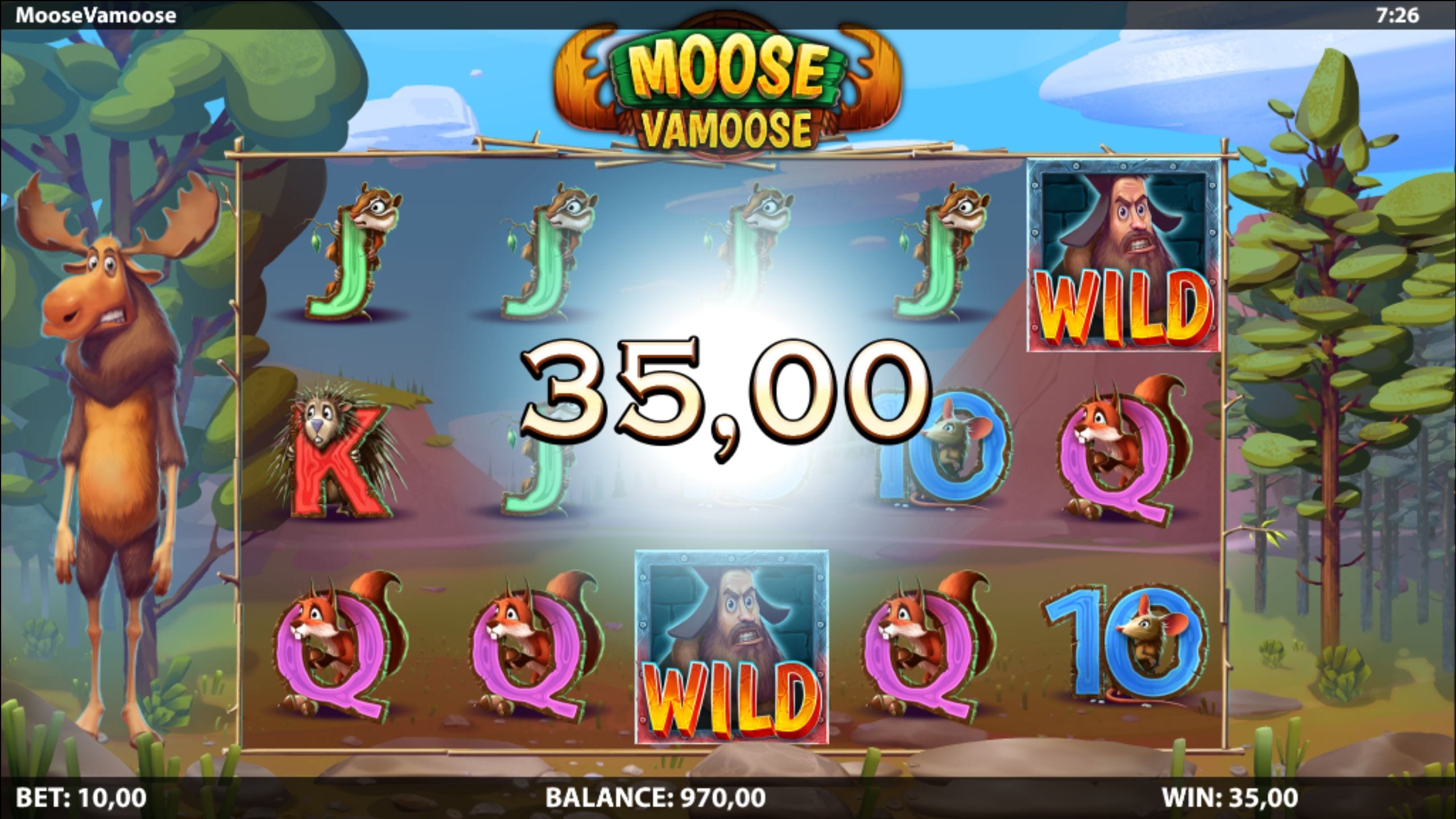 While Moose Vamoose doesn’t compare with the best slots online because of it’s slightly below average RTP and payout potential, it is good fun. We might not find ourselves playing it all day long but it’s a decent one to dip in and out of. Can’t get enough of humorous slots? Then try the Monkey Business slot today!