Rage of The Seas 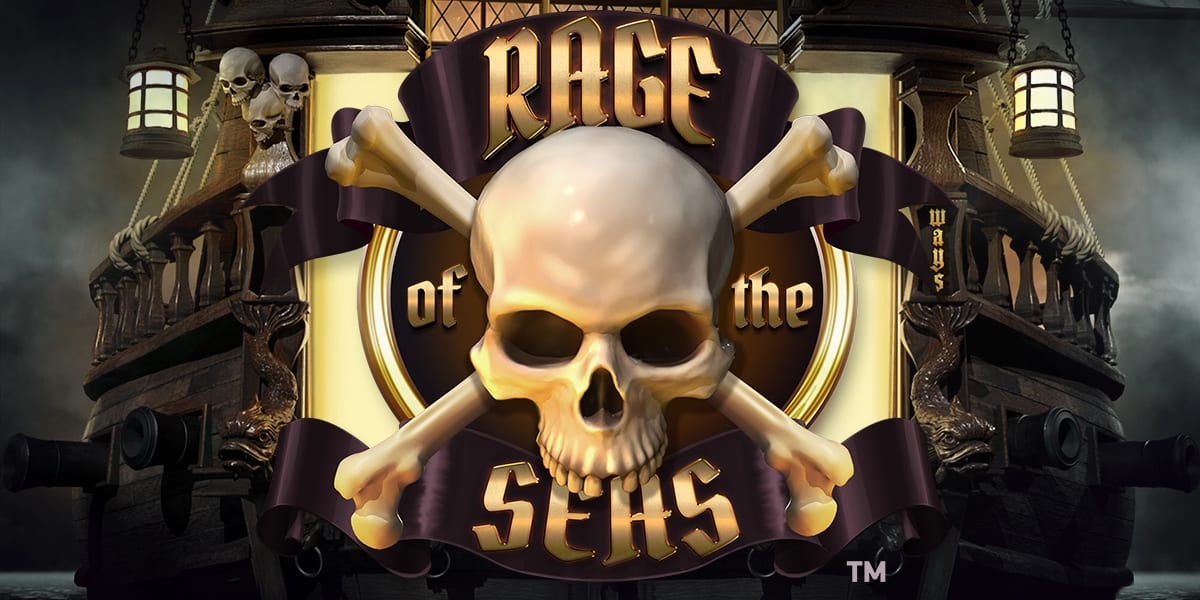 Rage of the Seas is one of the new uk slots online NetEnt just launched on Wizard Slots. It is a 5 reel, 1,024 ways to win game. Some of the bonus features in the game include; spreading wilds, expanding reels, stacked wilds, multipliers, free spins, etc. Start your stakes from 20p to £400 a spin to enjoy pirate themed video slot games.

NetEnt – The Developer Behind Rage of the Seas Slots

NetEnt is an online Swedish casino software company that started operating in 1996. They’re the best slot developer in the world. NetEnt became the first company to come up with Java based casino software before making the move to HTML5.

NetEnt has a public listing on the Stockholm exchange. When the company started, NetEnt also run a handful of online casinos, which were all sold in late 2005. In 2006 the NetEnt casino module was voted number 1 among 20 other modules. NetEnt usually releases an average of 2 new games every month. They use a variety of storylines and themes in their slots that you might enjoy like action, adventure, mystery, and for more nautical slots, look no further than the list below: 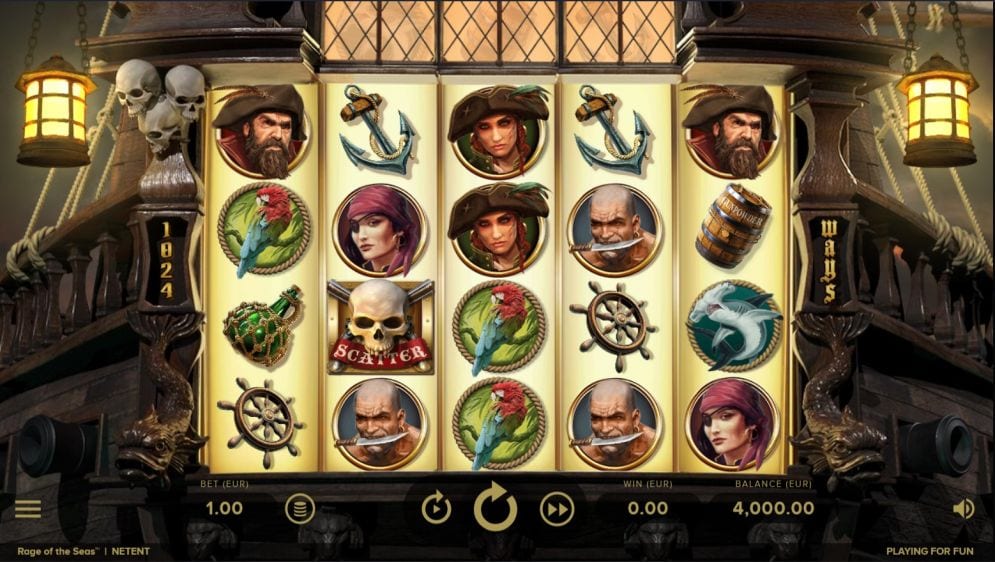 Rage of the Seas is one of the new slots on Wizard Slots this week. Spinners will get to live out their Pirates of the Caribbean fantasy in this pirate themed game. Symbols on the reels include; gun powder in barrels, bottles of alcohol, pirate ship wheels, parrots, hammerhead sharks, anchors, a man with knife in hand, the pirate captain and 2 pirates.

The highest paying symbol is the pirate captain. 3, 4 or 5 award 0.5x, 1x or 2.5x your stake. The wild symbol is represented by the octopus symbol. The wild can replace all other symbols except the additional wild, boost or scatter symbols. 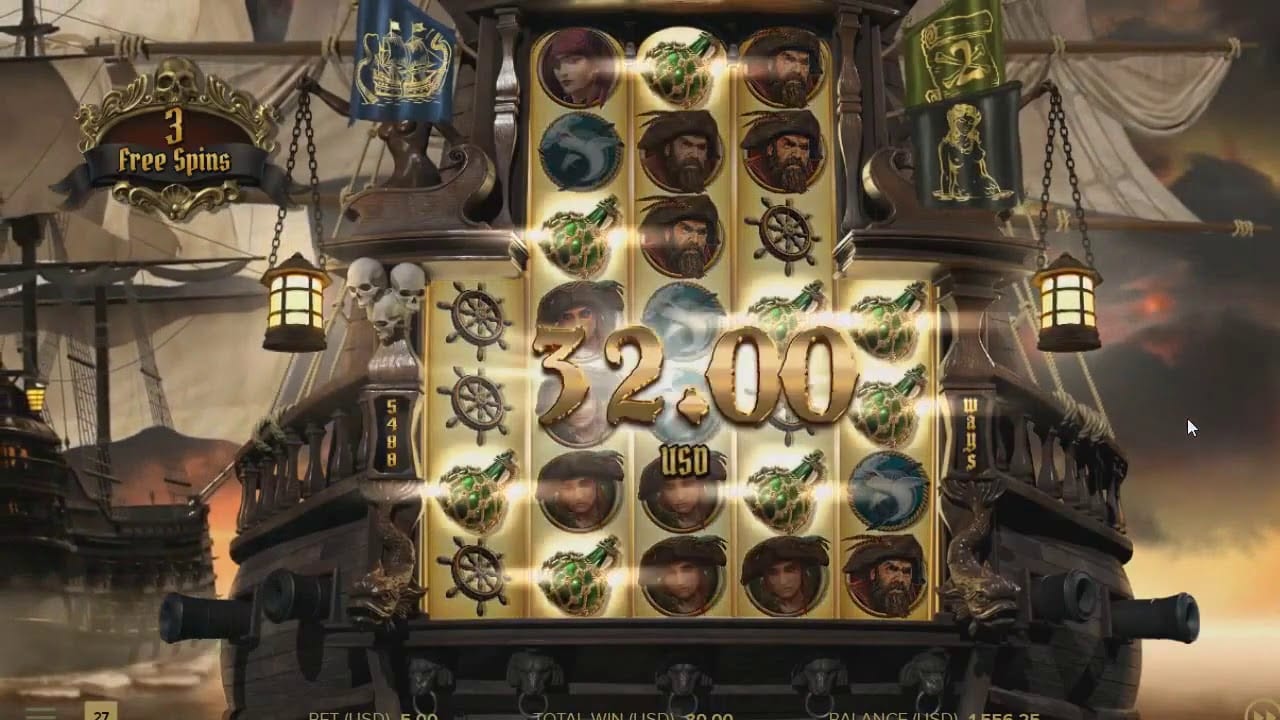 Bonus Features in Rage of the Seas

The Rage of the Seas slot has got not 1 or 2, but 6 bonus features. It’s way more than some of the other new slots on Wizard Slots.

Every reel that expands will increases your ways to win . You can end up with as much as 5,488 ways to win.

1 of 5 random features can be triggered from the Boost feature as follows;

If the Free Spins feature gets triggered while you still have Feature Spins, the number of spins you get is added to the free spins you had remaining. 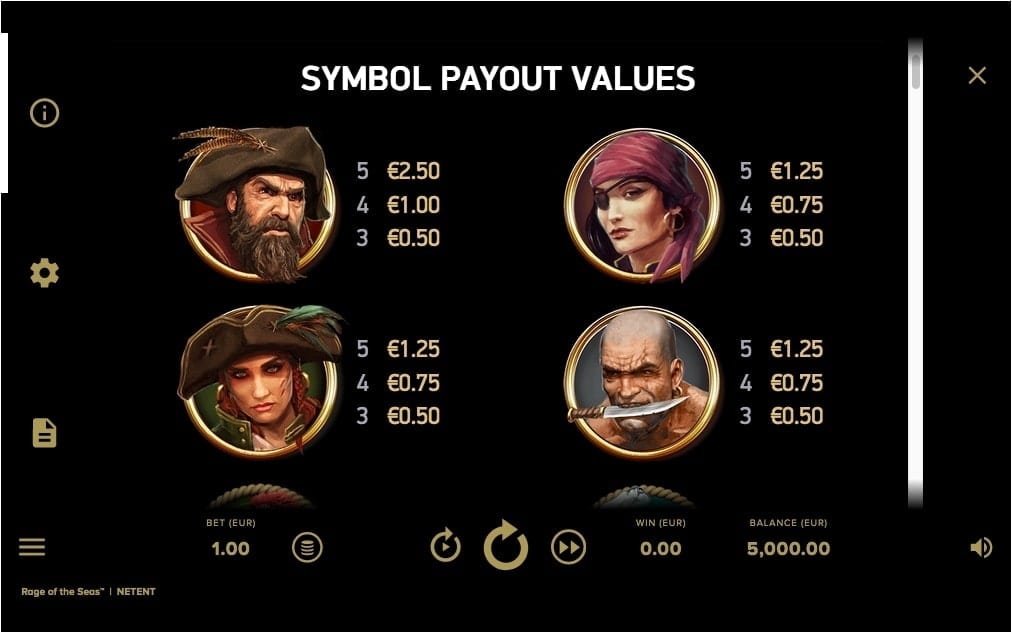 Our Verdict on Rage of the Seas

Rage of the Seas is one of NetEnt’s best new slots on Wizard Slots. It’s got a nice set of bonus features, some of the best you’ll see in online slots. The Boost feature is the key to activating the other bonus features. The Multiplier feature is one of the ones you should look forward to because it gets your payouts doubled.

The game has a Return to Player percentage of 96.04%. The maximum possible win you get is 27,444x your stake on each spin and/or free spin. The key to winning is to have all the reels fill with the pirate captain symbols and/or wilds together with the 2x multiplier. For more great prices, test our luck on the reels of the Pina Nevada slot.