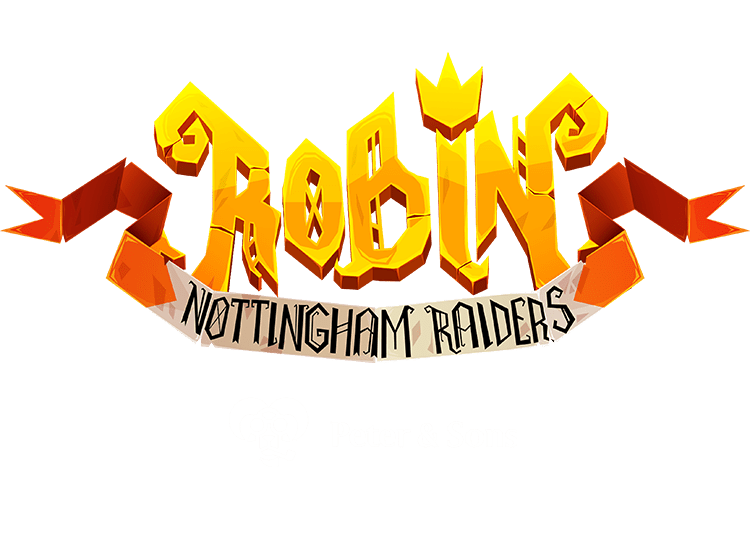 The magical tale of Robin Hood and his merry men is one of the most famous legends to come from England, and it helped put the city of Nottingham on the map! It’s no surprise that we see many Robin Hood-themed slot games, and today we’re being treated to another one, and if you wish to check out all slot games with this theme, then head to the statistics section and have a quick look at the games listed in the table.

We’re checking out new kids on the block Peter and Sons’ slots on line Robin: Nottingham Raiders. It’s actually one of the most well-designed slots we’ve seen in a while in terms of its graphics, and it comes with a thrilling max win of 121,500x your stake which could see you become a very wealthy person indeed.

The Robin: Nottingham Raiders RTP checks out as well, coming in at 96.06% which is a touch above average. So, Peter and Sons, you have our attention. Let’s go a little further.

As we mentioned, the Robin: Nottingham Raiders graphics really are top tier, regardless of whether you play the game on a computer or a mobile phone. The style of graphics looks modern and fresh, but also reflects the traditional nature of the game in fine style.

Robin: Nottingham Raiders was developed by a studio called Peter and Sons. You might not have heard that name yet, and that’s because they’ve only been around for a couple of years. But it has been a strong couple of years that has seen the developers form partnerships with the likes of Yggdrasil Gaming, and develop some awesome slots.

Their are only 10 or so slots in the Peter and Sons portfolio at the time of writing, but they are top quality, and with the way things are going, we would not be surprised to see some more big hits from this team in the near future. Here are some of our favourites from their portfolio so far: 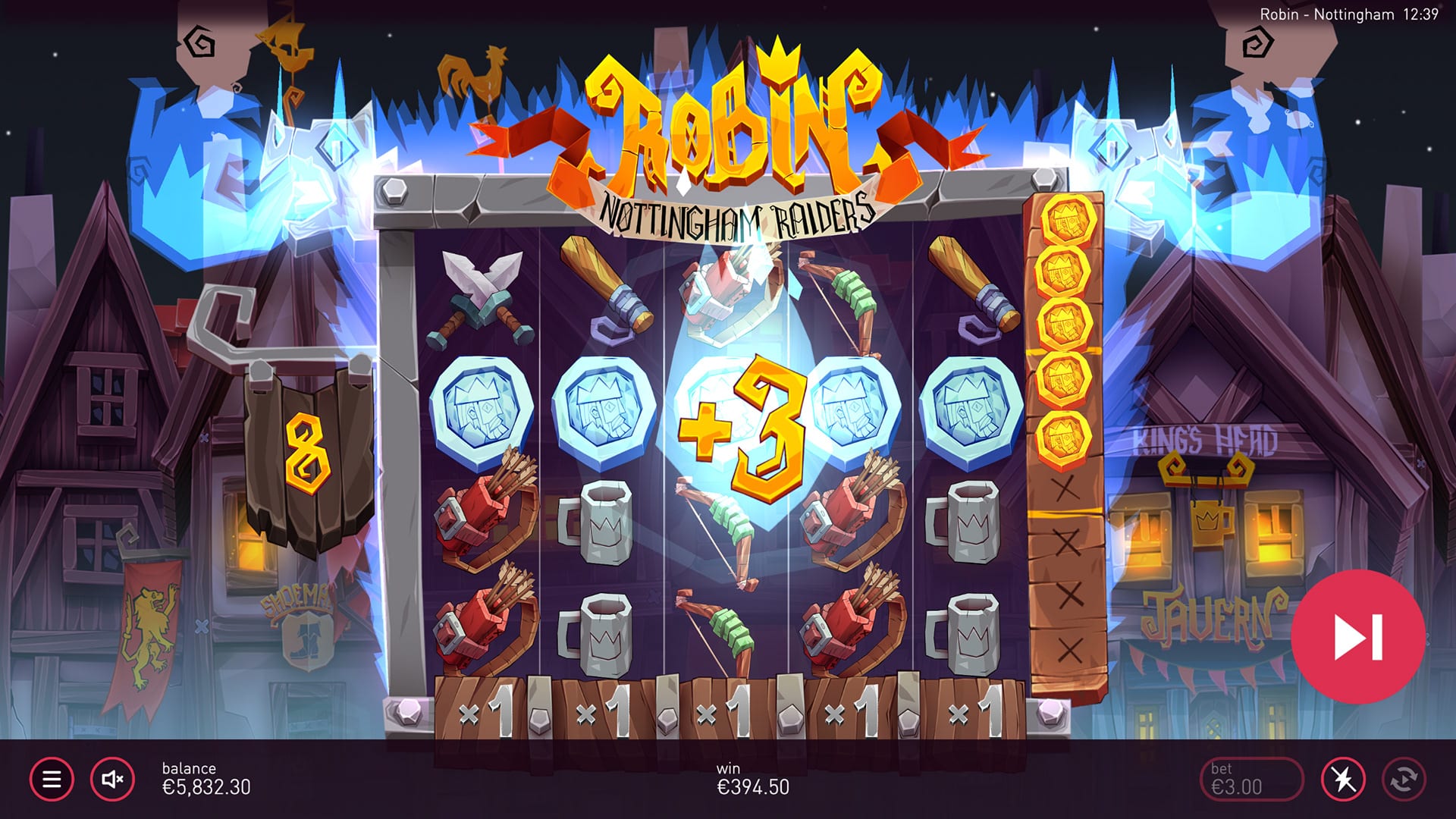 How to Play the Robin: Nottingham Raiders Slot Game

Playing Robin: Nottingham Raiders is quite a simple task as the reel setup is fairly standard, other than the fact that there is an extra row, bringing the total grid size to 5x4. There are still just the 20 paylines available, plus a selection of cool bonus features that we will explain later on.

For the time being though, let’s find out how to play Robin: Nottingham Raiders. Firstly, you’re going to need to set yourself up with an account at Wizard Slots.

Now that you have an account, take a look at our tips on how to get started playing Robin: Nottingham Raiders specifically: 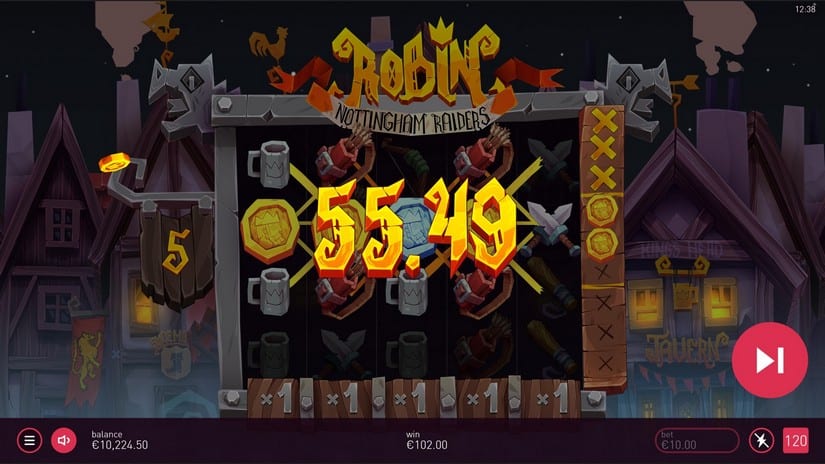 It seems that Paul and Son really had a point to prove when they put this slot game together as the Robin: Nottingham Raiders statistics are ballistic. Most high variance slot games will offer a max win of 10,000x your stake or so at best, but Robin: Nottingham Raiders goes straight to the top with a whopping max win of 121,500x. If you were to hit that with the game’s max stake of £50… well, you do the maths.

There is a lot more to be said for the Robin: Nottingham Raiders data so check out the best bits in the table below.

A slot game’s bonus features are often the best bits, so let’s put that to the test and find out what’s going on in terms of Robin: Nottingham Raiders bonuses:

Peter and Sons are seriously making a name for themselves as up and coming developers with a lot of potential, and we cannot wait to see what else they have to come in the future. Robin: Nottingham Raiders is one of the best games we have played in recent times. It would be rude to give it anything less than a 9/10! And if you are hungry for more slots with top ratings, try the nautical Neptune's Harem slot!