Robin Hood’s Wild Forest is a 5 reel, 10 payline Red Tiger Gaming free slot. Fans of Red Tiger Gaming online slots will be happy to know that they can find all the latest arrivals from the company right here on Wizard Slots.

In this adventure themed slot games online, punters stand to win from several slot bonuses including; extra wilds, streak re-spins, symbol substitutions, multipliers, etc. The features are triggered by the wild symbol. Stakes in the game start from 10p to £100 a spin on all iOS and Android mobile, PC and tablet devices.

Red Tiger Gaming is an online casino software company that started operating in 2014. They produce high quality casino games for land-based and online casinos. Most of their fan base is in Asia and Europe. The company has a distinct logo comprised of a red tiger’s head.

You’ll see it a lot once you check out Red Tiger Gaming online slots on Wizard Slots. Red Tiger has one of the most diverse teams and other companies could learn from them. Their team is comprised of programmers, designers, managers, mathematicians, psychologists, developers, etc.

There’s even a magician on call. If you want to experience 3 reel, 5 reel and multiple ways to win slots, check them out here on Wizard Slots, your one stop shop for online casino gaming. And if you can’t get enough of the story of Robin Hood, try the Robin of Sherwood slot while you are here. 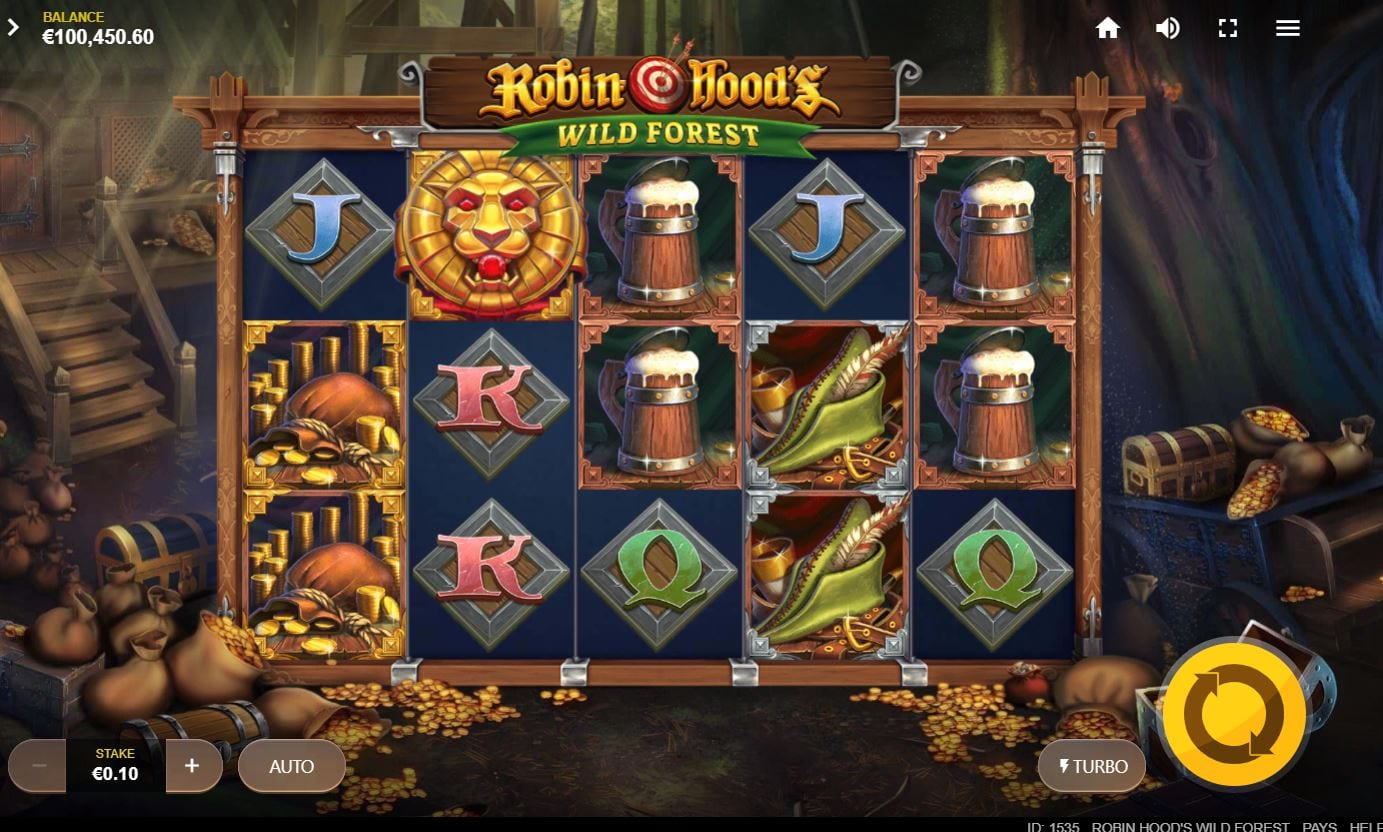 Robin Hood’s Wild Forest will see punters take on the famous outcast’s role in a bid to part the Sheriff from his loot. This is one of the best online slots for beginners to upgrade to because you’ll find the features aren’t too overwhelming. Symbols on the reels include the usual card values A, J, K, Q, 9 & 10, a money pouch, golden dragon, Robin’s Lincoln green hat and flagons of ale.

The action in this slot is set in the Sheriff of Nottingham’s treasury. The golden dragon awards the highest value of 3x, 10x or 30x your bet when 3, 4 or 5 appear on a payline. The red heart acts as the standard wild. Robin Hood, Little John and Maid Marian can also act as wild symbols. These symbols can replace all other standard symbols on the reels and award 3x, 10x or 30x your stake. 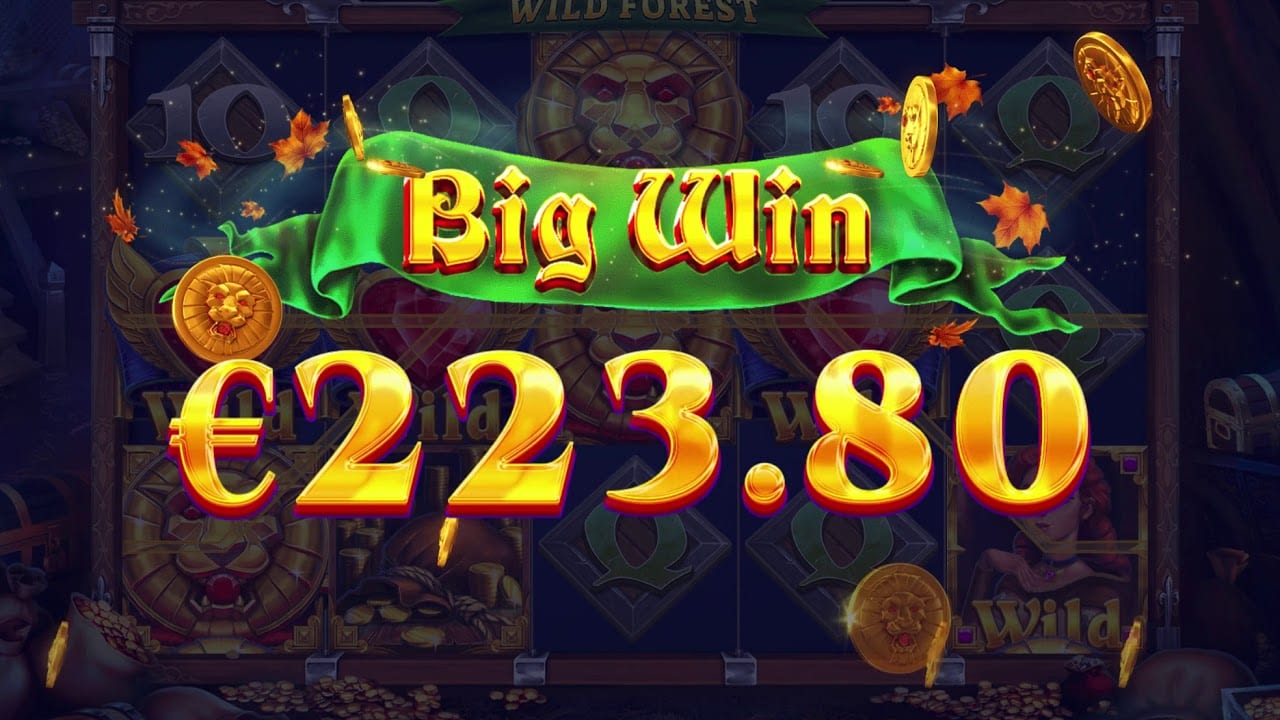 Not all the online slots on Wizard Slots can give you as many options as Robin Hood’s Wild Forest. The 3 wilds based on the main characters can trigger a feature in the game whenever they appear on the reels; 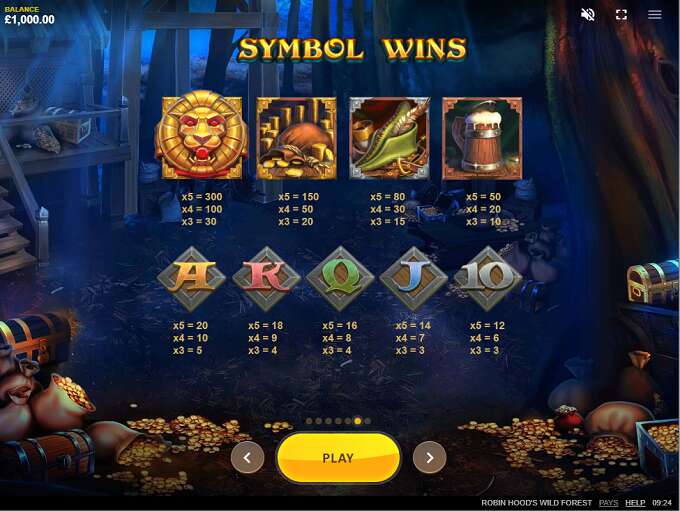 Robin Hood’s Wild Forest is one of those Red Tiger Gaming online slots UK you will enjoy on Wizard Slots from the get go. The bonus features in the game will definitely get you hooked to the game. These include; re-spins, wilds, high value symbols in a cascade, multipliers, etc.

The wilds are definitely the key to winning big though all the features play a part. We’ve taken plenty of virtual trips to Sherwood Forest with Robin and his Merry Men.

The design in Robin Hood’s Wild Forest is amazing and will draw you in. The game has a Return to Player percentage of 95.68% which means it can deliver quite some action. The maximum possible win per spin is 300x a stake. While you are here, why not try some more fantasy slots, like the Reel Keeper slot.