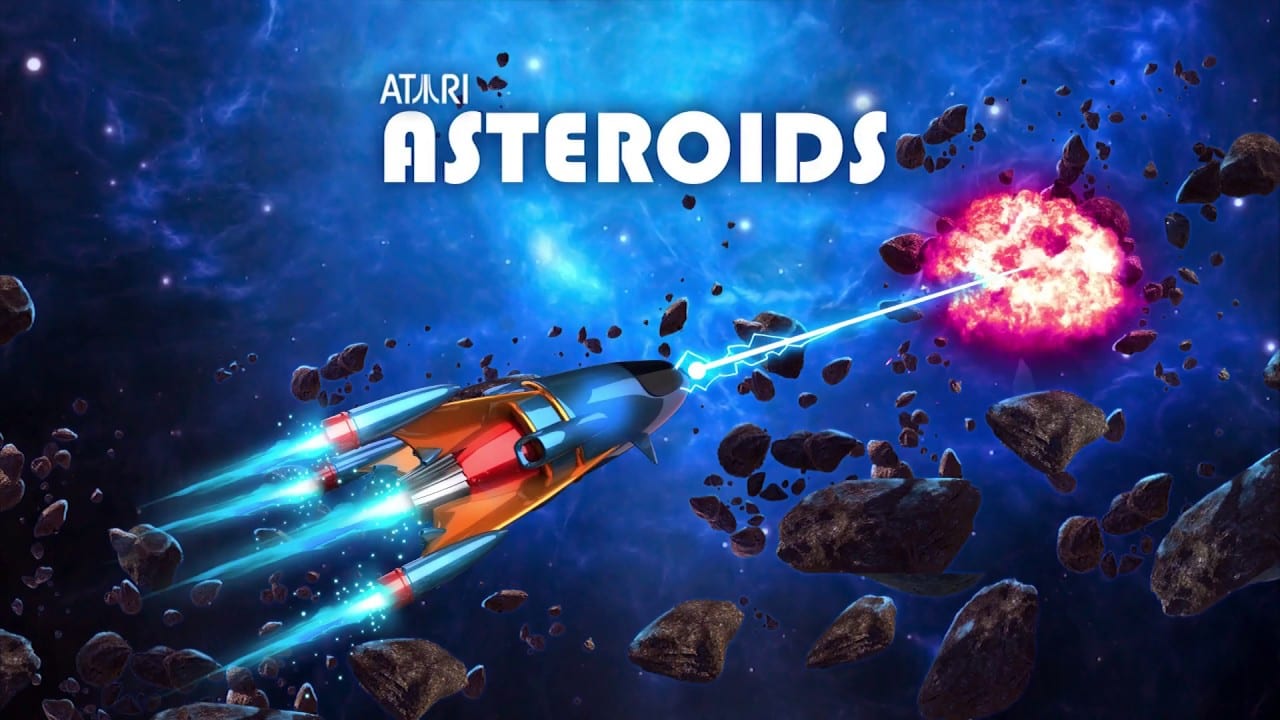 Any of you gamers out there who remember the old Atari games of the 1980s will love this online slot game. The popular Asteroids Atari game of the arcade scene has been immortalised and revitalised as a 5 reel slot game filled with all the iconic space symbols and Atari Icons of your youth. Play Asteroids now and revel in the nostalgia of its free spins, cash rewards, and bonus wilds when you take a look at our new slots.

Pariplay - the Developers of Asteroids

Where Imagination, Creativity, Design & Development Converge’. This is a statement made by the online game company Pariplay. Founded in 2011, Pariplay offers a variety of online gaming experiences, from Fire vs Ice to Froots, Pariplay continues to entertain in the only way it knows how: offering you, the player, something different yet familiar amid an ever-changing online slot gaming sphere at Wizard Slots. 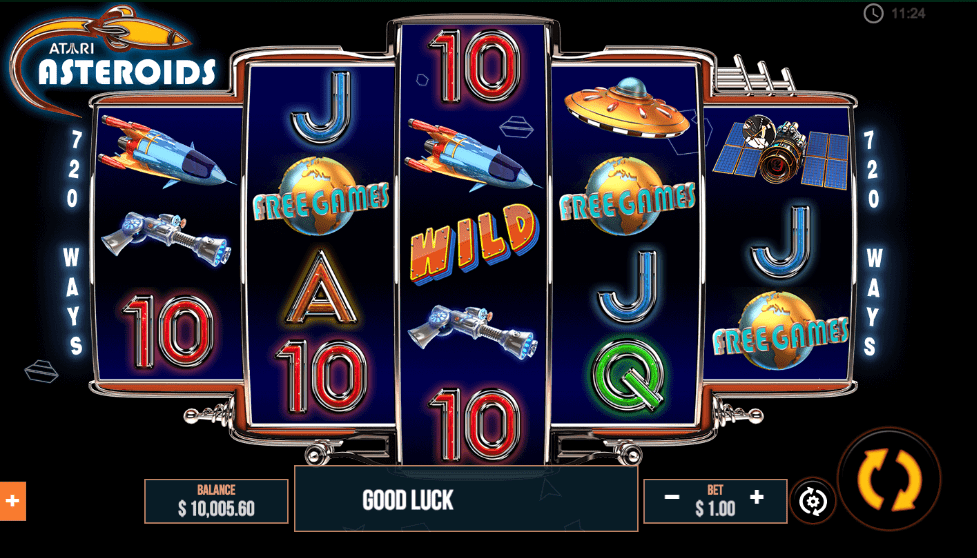 Based on the classic Atari video game, Asteroids is a 5 reel, 720 ways to win slot from hit game company Pariplay. Features on offer include sticky wilds with re-spins, expanding wilds and a free spins round that awards up to 30 free spins with multipliers of 10x. Blast off, on all devices, from between 50p and £50 per spin.

If you remember anything about the original Asteroids you will remember the very pixelated graphics that could give anyone a headache. Thankfully the slot adaptation of the Atari classic has since upgraded to a much smoother look, running on a 3x4x5x4x3 game engine which gives 720 ways to win. Successful combinations are created by landing matching symbols on adjacent reels and with 720 options, it’s fairly difficult to miss out.

Wilds in this game can offer more than most other games, offering the chance to possibly substitute certain symbols from the free spins scatter if you're feeling lucky. If a wild forms part of a winning combination, it will turn into a sticky wild and will remain locked in place for 1 re-spin that follows, known as the Sticky Wild feature.

Land a wild on the bottom position of reels 2 or 4 and it will expand to turn the whole of that reel wild; no other games play to nostalgia as well as this. The planet earth symbol allows you to scatter, land 3 or more of them on the same spin and you’ll trigger the Free Games feature. This is where things get far more interesting. 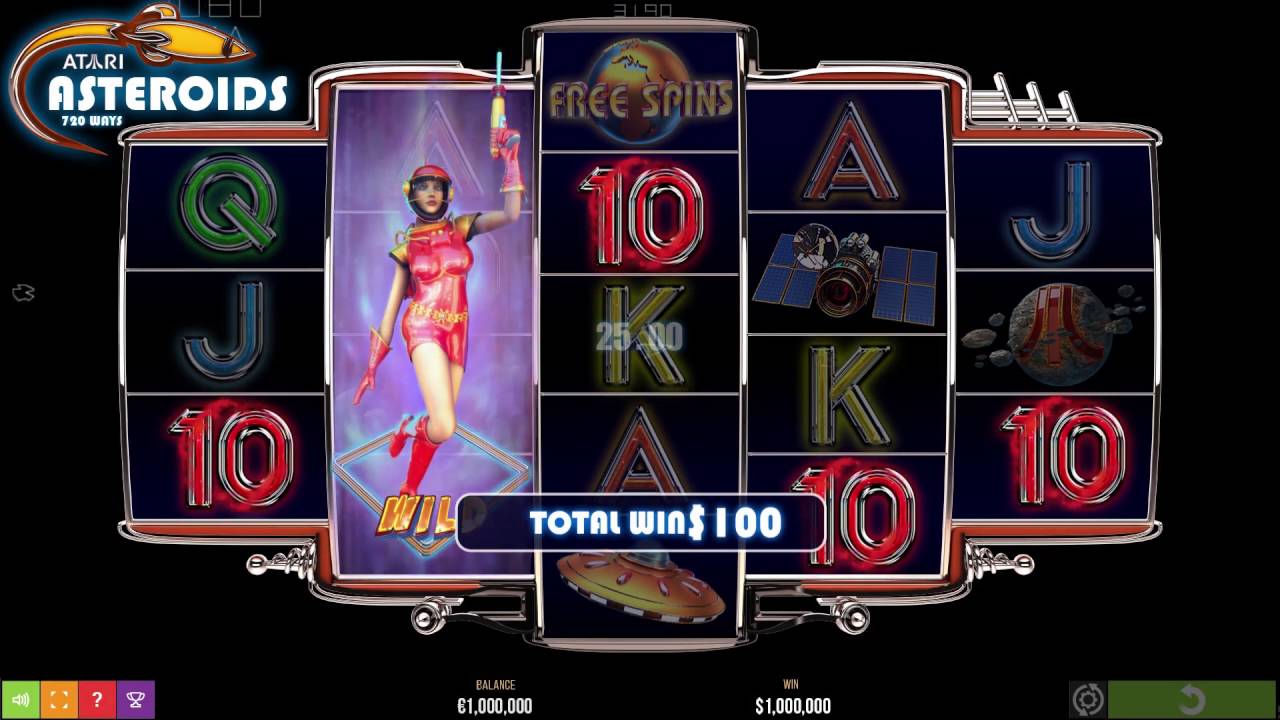 The Verdict on Asteroids Video Slots

At one point in time, Asteroids was the most played video game of all time. Its popularity held no bounds and the online slot adaptation is no exception. The design is several steps up on what was on offer with the original.

The visuals are glossy, HD and extremely appealing to the slot-playing eye. If that wasn’t enough to satisfy your requirements, Asteroids also comes with an amazing 80s techno soundtrack that’s worth sticking around for. Now, why don't you also try our jack and beanstalk slot?