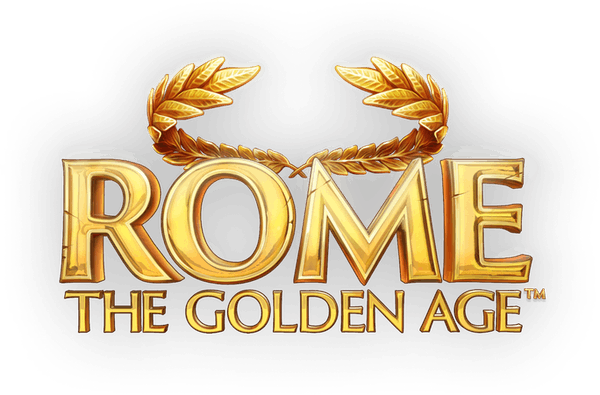 Rome: The Golden Age was created by NetEnt for maximum slot enjoyment. It has an amazing maximum win of up to 100,000x your wager per spin. Bonus features are activated automatically after landing a minimum of 3 matching symbols anywhere on the reels, and they can be retriggered!

Rome: The Golden Age is one of NetEnt's creations carved from Roman mythology. It details the glory of the gladiator days. That's to say, this high volatility slot is not designed for the faint-hearted but for courageous slot enthusiasts.

This casino slot game has 5 reels and 20 paylines, and a unique feature of this game is the diagonal arrangement of its reels in the manner of 3, 4, 5, 4, 3. Its bonus feature is packed with free spins and multipliers that could potentially help you spice up your winnings. It's one of the best games to play if you're looking for slots with top-notch graphics and appealing soundtracks.

That's not all! Continue reading to digest all the important details about the game. However, if you're curious to try your hand at it right now at Wizard Slots then sign up and play today!

How To Play Rome: The Golden Age

This slots game is easy to play, just like every casino slot game. Start by setting your bet value, after which you can push the Spin button. You need a minimum of 3 matching symbols on a payline to make a win.

The magic to winning is dependent on the symbols you hit, as revealed by the outcome of your spins. Landing the Wild symbol can be to your advantage, as it can replace other symbols on the reels to give you a potentially winning combo. It could also give you the best payouts as the highest paying symbol. 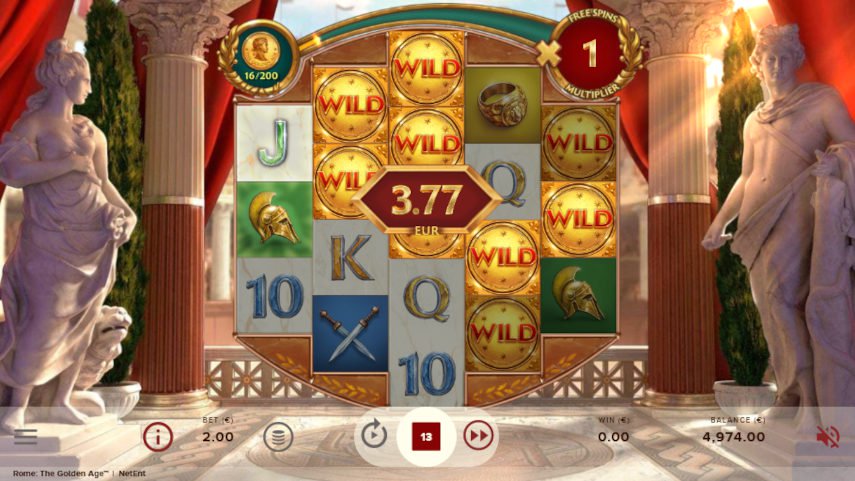 Rome: The Golden Age has an RTP of 96.06%, while its volatility is high. The RTP is pretty decent, but the volatility could make it difficult to get winnings frequently. However, if the wins do land, they could be on the higher side.

This slot game is thoughtfully designed to capture the ancient Roman Empire. The game's setting is in an ancient gladiator arena, with a gladiator having a face-off with a huge tiger.

Every graphical element on the reel, including the sword, eagle, shield, and helmet, to mention a few, depicts the richness of gladiator culture. To make the gladiatorial experience more real, the arena is designed to have spectators all over. Ultimately, the graphics are rich and detailed.

Powerful soundtracks further accompany the aesthetic visuals of the game to create a suspense-filled and intriguing atmosphere. 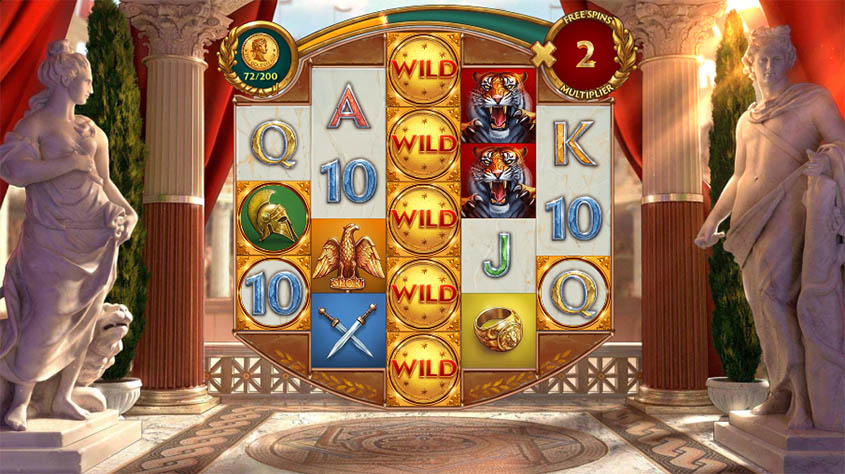 With its excellent visual appeal and bonus features, this game commands the attention of slot players who fancy adventure-oriented games. The gameplay is fantastic with its potential for rapid action. Landing the wild symbol opens up the possibility of getting a gratifying win by substituting ordinary symbols. The scatter symbol can be potent for activating free spins and multipliers.

Players can get up to 10,000x their wager as a potential payout, provided they can land high-value symbols. Rome: The Golden Age could be worth your time if you give it a try; its outstanding features are something you simply cannot miss out on.

What is the RTP of Rome: The Golden Age?

What is the biggest win available in Rome: The Golden Age?

Does the Rome: The Golden Age slot have free spins?

Rome: The Golden Age has free spins, which can be activated by landing 3 scatter symbols on reels 2, 3, and 4.

What's the volatility of Rome: The Golden Age?

What's the minimum bet on Rome: The Golden Age?

The minimum bet you can stake on Rome: The Golden Age is 10p.

Can I play Rome: The Golden Age on a mobile phone?

Yes, Rome: The Golden Age can be played using smartphones because it's a mobile-compatible game.

Can I win real money on the Rome: The Golden Age slot?

Yes, Rome: The Golden Age is a real money slot. You can potentially win real money.