Rome: Caesar’s Glory by Playson is a 6 reel, 64 payline slot that you can find on one of the online slots uk on Wizard Slots. Features in the game include; free spins, expanding wilds, etc. The Free Spins feature starts when 3, 4 or 5 bonus scatters appear on the same spin thus rewarding 8, 12 or 16 free spins.

Wilds also land during the feature and cover the entire reel to give you some good wins. Stakes in the game start from 20p to £100 a spin on all iOS and Android mobile, PC and tablet devices.

Playson started operating in 2012. The company has a workforce of over 300 employees all over the world. They’ve been able to establish a number of solid partnerships with business partners like Leander Gaming, Bet Construct, Quickfire and 1X2 Gaming. They’ve developed some high quality online slots game like;

You can find all this and more casino slots on Wizard Slots. 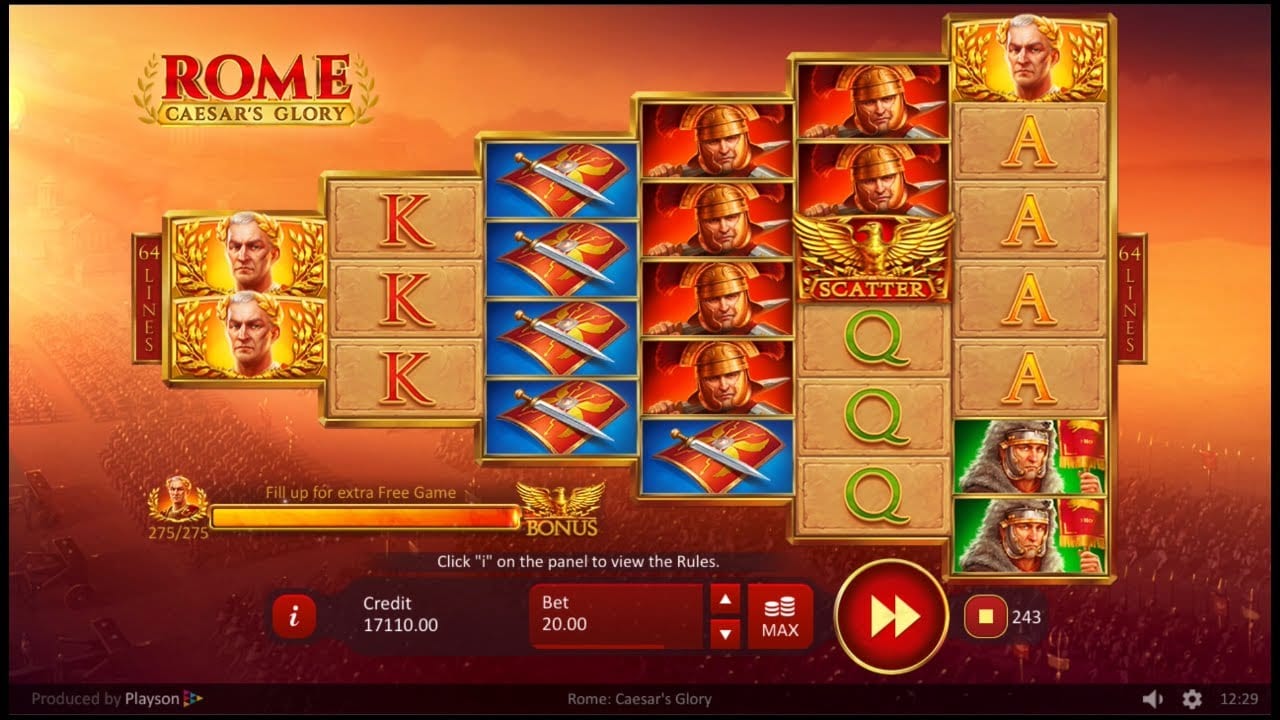 Rome: Caesar’s Glory is one of the best slots games making the scene in the online slots UK scene. Players will get to join legionaries and centurions as they advance the ranks of the Roman army. Symbols on the reels include card values A, K, Q to J, a bannerman a helmet and a sword.

The Roman centurion awards the highest value among the standard symbols. If 3, 4, 5 or 6 of them land on the same payline, you win cash awards of 0.25x, 0.75x, 5x or 15x your total bet. The wild symbol in the game is represented by Caesar, rocking a gold wreath.

The wild symbol in the game can substitute all the other symbols on the reels except the scatter symbol. The game mechanic here is an unusual one. The reels can go 2, 3, 4, 5, 6, and up to 7 symbols high as well as combine to offer 64 paylines. 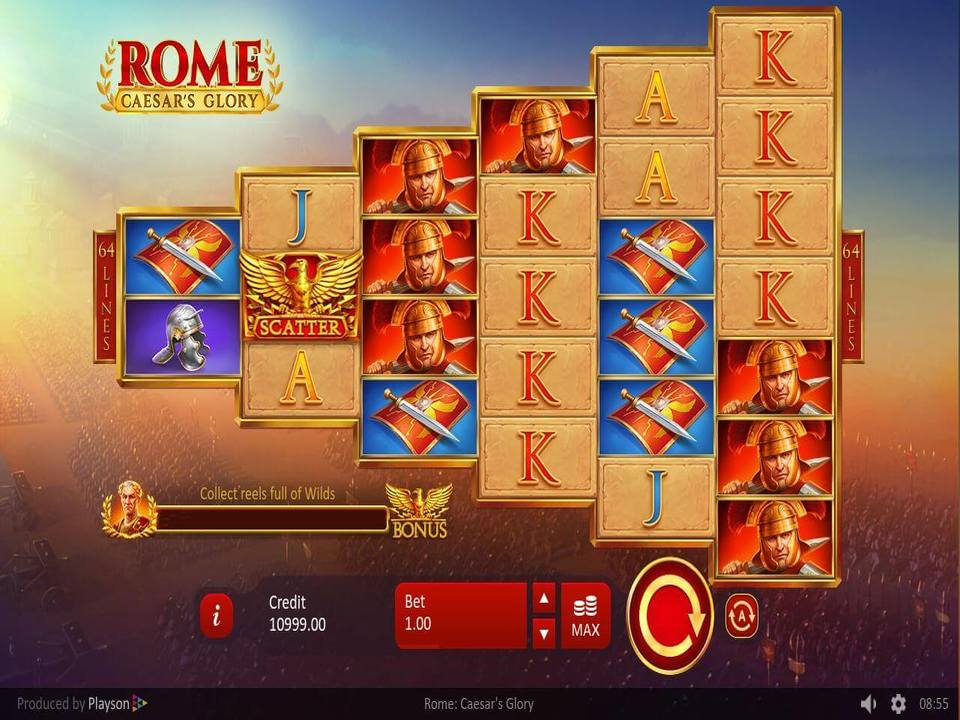 Rome: Caesar’s Glory isn’t a complicated slot game, as you’ll find out once you’ve scoped the online slots on Wizard Slots. The free spins can be rewarding once the expanding wilds start to appear.

This is a high variance slot where the wins can go over 1,700x a stake possible on each free spin. The slot has an RTP value of 96.23%.  Another slot that we can offer with a high RTP percentage is the Riviera Star slot, why not try it today?