Unearth the scrolls of RA in this ancient Egyptian classic 5 reel gambling slots online and spin the wheel to find rare and interest artefacts that can be swapped for huge cash rewards, jewels, or even free spin bonuses. Read the hieroglyphics and seize your fortune from the tombs of the pyramids.

iSoftBet is certified in a number of different countries across Europe and these include: Spain, Portugal, Belgium, the UK, and Italy. These connections mean that this developer has rapidly become well known within the casino industry and are becoming the top of their game.

They boast an array of online casino games available at Wizard Slots, involving every theme you can think of! Now, they have over 400 titles to their name and this number continues to grow every day! 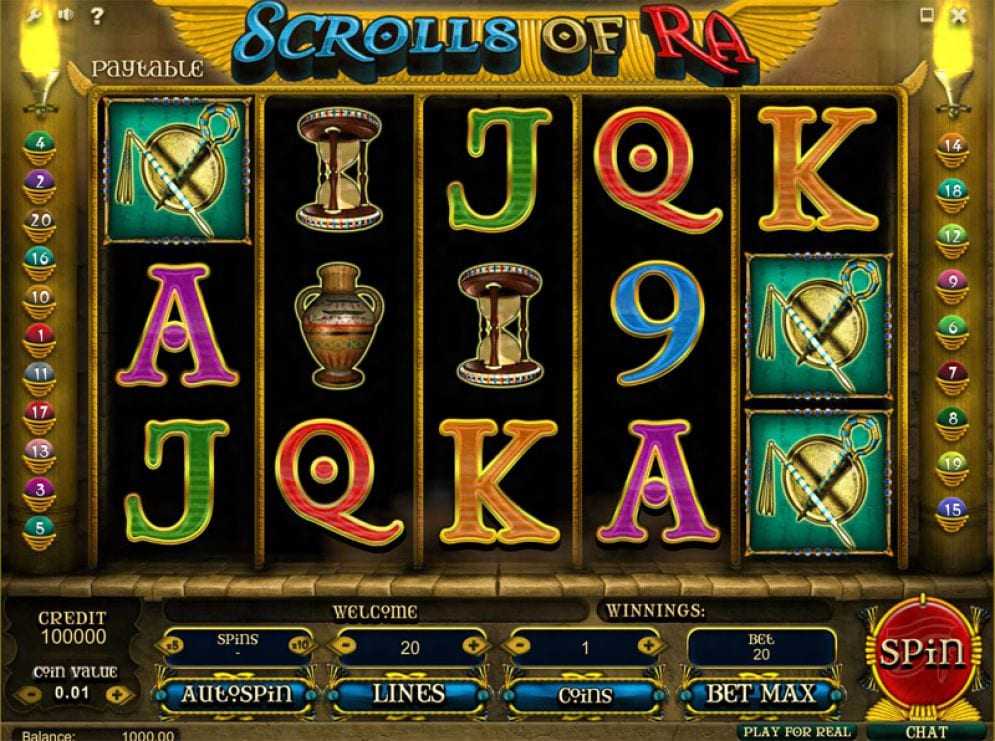 Hieroglyphics are perhaps the first thing that come to your mind when you think of Egypt, a country with a rich history – in more ways than one! With a strong belief in the afterlife, through their process of mummification, which today has become a popular horror figure during Halloween, the impact this civilisation has on us today is monumental!

The Egyptians are also well known for the discovery of many riches, treasure, and artefacts and now iSoftBet are giving you the unique opportunity to unearth these treasures and take a bit for yourself! The reels are set against an archaic stone wall, which is highly reminiscent of the infamous pyramids, thrusting you straight into the action and theme, right in the comfort of your own home!

This is a 5-reel slot with 25 pay-lines which boasts 4 riveting bonus games for you to dig out and uncover as though it’s the latest artefact in Ancient Egypt to discover! And from just 2p as a minimum bet spend, up to just £1, there is considerably more for the Egyptians to lose than you when you land upon their riches!

The symbols on the reels include: jewel encrusted gold letter symbols, which will reward you between 25 and 750 coins when you match symbols across an active pay-line. There are also valuable sandstone artefacts to dig and these images are: the sun, the raven and the kneeling woman which is worth 750, 1,000, and 2,500 coins respectively! The ankh however, is worth up 5,000 coins and so, this is the treasure you want to keep your eyes peeled out for!

There are even more enticing treasures to be had through the form of bonus games! There is the Ra Bonus which is a pick ‘em type feature where you get to choose 3 out of 25 treasure chests which will reveal an instant win for you to add to your current winnings!

There is also the Scroll Bonus which awards instant wins of up to 10,000 coins – it’s up to the Pharaoh of what fortune you deserve! The Wild All-Seeing Eye bonus generates new symbols to replace current symbols on the reels to give you the best chance of accumulating winning combinations.

If you enjoyed Scrolls of RA why not try Eastern Delights slots game. 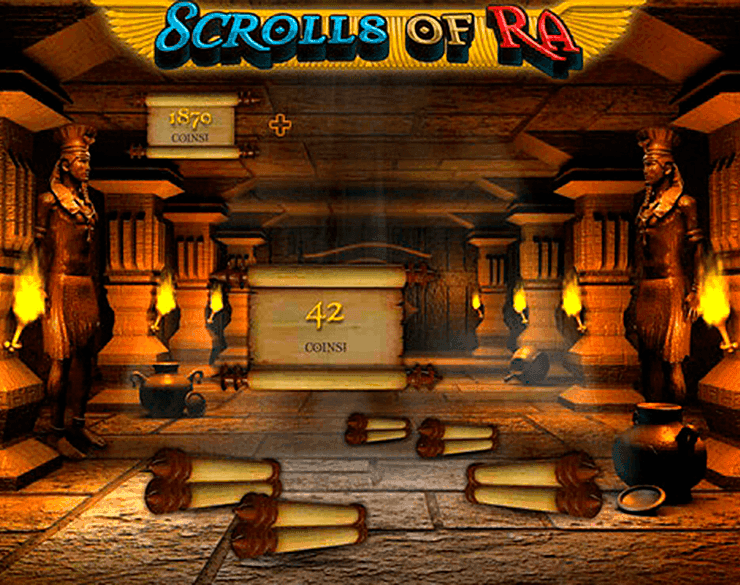 Egyptian themes are often undertaken in slot-games for the general knowledge that they hold a rich past, both in history and in wealth. We are more concerned with the latter and with just 2p as a starting bet, we can guarantee you will have an abundance of entertainment laid in front of you, regardless of your Hieroglyphic translation skills!