The Purse Of The Mummy 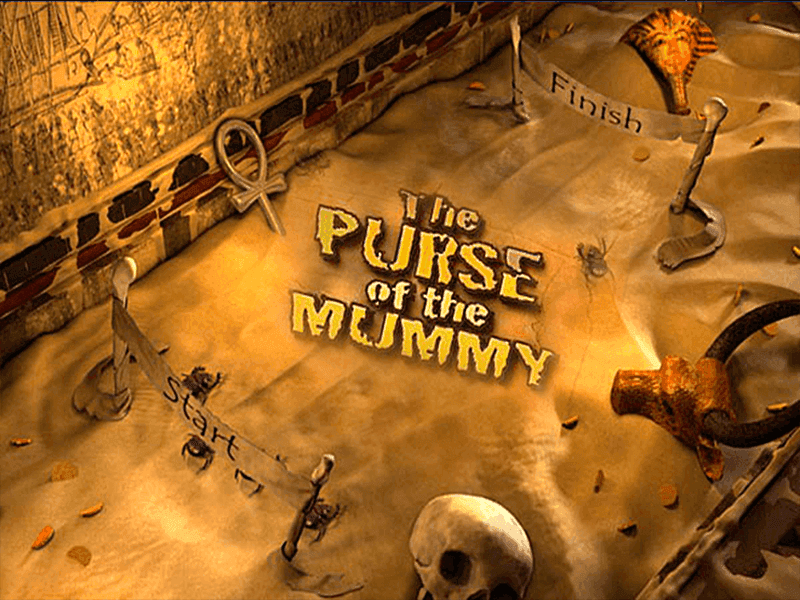 With 5 reels by 3 rows, and 15 paylines, the reel configuration is pretty standard here as we are used to seeing from online slots games developers Saucify. That doesn’t mean the slot itself is boring though, as the graphics and the gameplay are quite exciting indeed.

The Purse of the Mummy Slots Developer - Saucify

The Saucify team are a little elusive - there’s not much information to be found about them other than the fact that they were formed in 2006 and have a whole bunch of great online slots. From our experience, the gameplay is often nice and simple and presented with lovely graphics.

While the slot bonuses aren’t particularly thrilling the online slots Saucify do put out are pretty solid in terms of quality for the most part.

The outfit were formerly known as BetOnSoft a few years back (we definitely agree with the name change). If that’s still not ringing any bells for you, maybe a short list of their best online slots will help you recall:

Saucify slots online are usually well worth a play, and you can do just that with a whole bunch of them, The Purse of the Mummy included, at online slots UK site Wizard Slots. 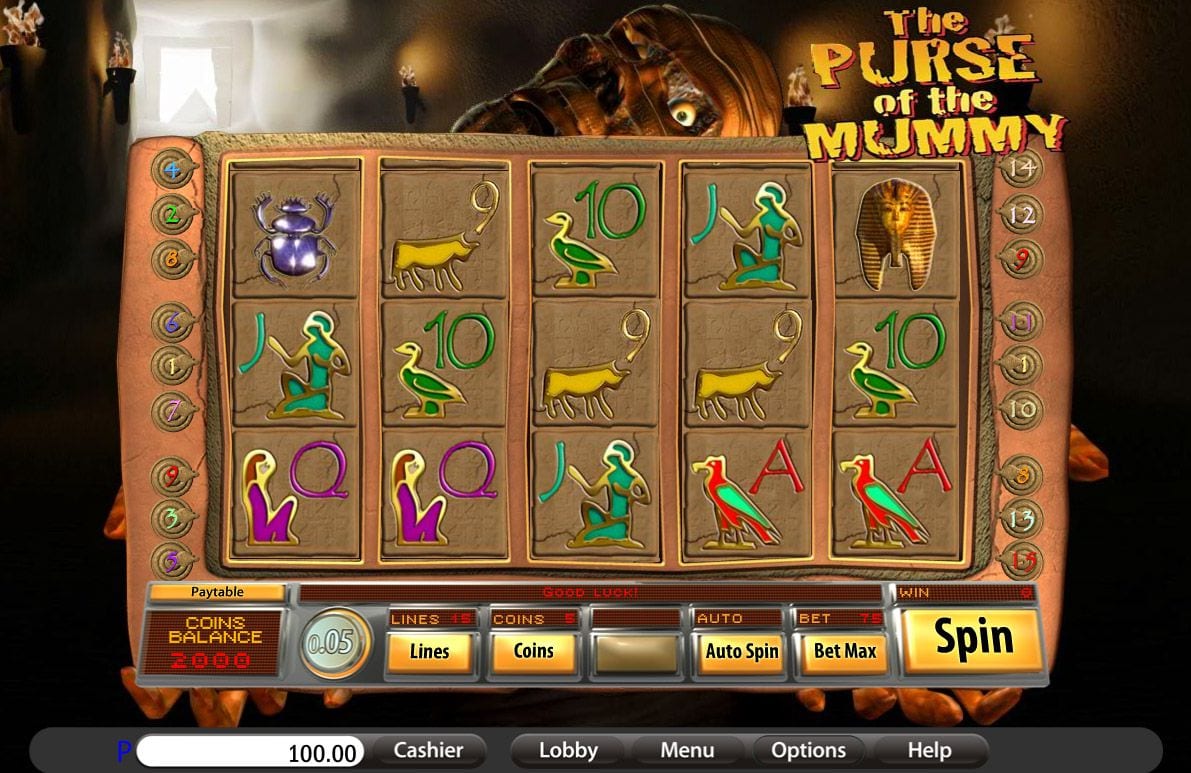 Playing The Purse of the Mummy Slots Game

The reels are set against a creepy low-lit tomb, most likely intended to be deep within one of the Pyramids, and on top of the reels a rather spooky looking Mummy pokes out as if he’s climbing out of his sarcophagus. The music matches the spooky vibe too and creates an overall quite immersive game-playing experience.

Wins are paid left-to-right should you land 3 or more paying symbols in a row. These include the lower value Royal symbols, which are nicely presented in a hieroglyphic style, and then a selection of other Egyptian-themed symbols, each with their own pay-out denomination, make up the higher values.

The other symbols to look out for in The Purse of the Mummy are the Pharaoh, which is the wild. This plays the conventional role of the wild symbol in replacing any symbol on the reels to enhance the potential of a winning combination, but it goes one step further and doubles the value of any win that comes from it, too.

The only symbols that the wild cannot replace are the scatter, which is the Mummy itself, and the bonus symbol, which is the scarab beetle. More on this below. 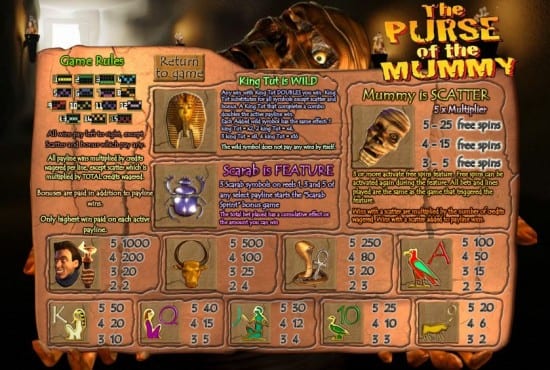 Bonus Features and Free Spins in The Purse of the Mummy

Land 3 or more scatter symbols in a row on the reels and you’ll activate the first of the slot bonuses in The Purse of the Mummy, the Free Spins bonus round. 3 only gives 5 free spins, although 4 gives 15 and 5 a very generous 25, all of which can be reactivated throughout. There are no additional multipliers or other slot bonuses during the Free Spins bonus round, unfortunately.

Pick a beetle in the bonus game which will then race other beetles, and you’ll be given a prize based on how well your beetle finishes in the race.

Our Take on this Online Slot

With a pretty unorthodox bonus game and exciting graphics and gameplay all round, The Purse of the Mummy is one of the cooler slots online recently, for sure. For more amazing slots, check out the The Dog House MegaWays slot!