Payouts of 25,000x your stake? We’re pretty sold on this offering right off the bat in Just for the Win and Microgaming’s latest collaboration Wolf Howl online slots.

With a kind of Native American wildlife theme that is served up on Microgaming’s Quickfire platform, always attributed with the finest of graphics, the aesthetics of this slot are no problem at all.

But does the rest of the slot games casino match up to the graphics and the potential jackpot? We had a look inside to find out.

Wolf Howl Slots Developer Microgaming and Just for the Win

Formed in 2016, Just for the Win have seen most of their success as online slots developers come from their partnerships with fellow Swedes Microgaming. But don’t let that take away from the fact that the Gothenburg-based outfit are pretty exceptional at what they do.

Praised regularly for their attention to detail with graphics and their existing slot bonuses, Just for the Win have made some of the best slots online. Here are a few that may serve as a refresher to your memory:

The deal with Microgaming came not long after Just for the Win were formed, and from then on Microgaming’s Quickfire platform would distribute all titles from Just For The Win, as is the case with Wolf Howl.

This has proved to be a wise move from the young developers as they’ve seen their slots reach far and wide in a short space of time. Now, you can play a whole bunch of them at online slots UK site Wizard Slots. 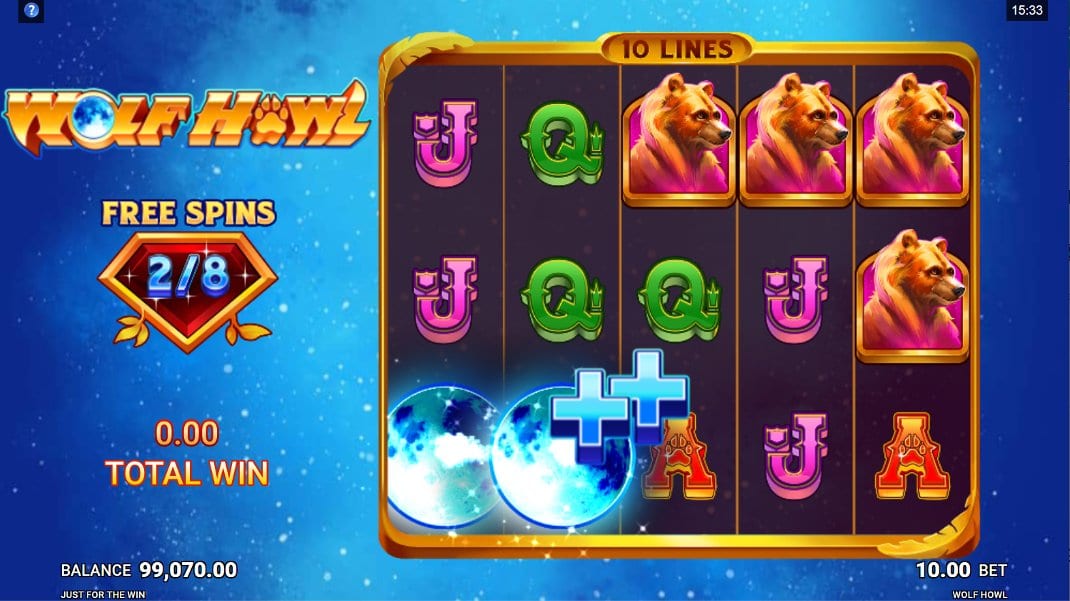 Despite only 10 paylines across a 5x3 reel setup, Wolf Howl does have an above average RTP of 96.15% which is a sensible decision from the collaboration between Just for the Win and Microgaming that is constantly growing in popularity amongst online casino punters. And remember that 25,000x your stake jackpot? That’s on the cards too.

Some things to note while playing Wolf Howl, then. The Full Moon is the scatter symbol, so play close attention to that. The Wolf symbol is the wild - crucial to the gameplay as noted below.

You’ve also got the regular symbols of the Royals which make up the lower-value base game symbols as well as a secretion of cartoon-like animal characters that make up the higher-value symbols here in Wolf Howl. 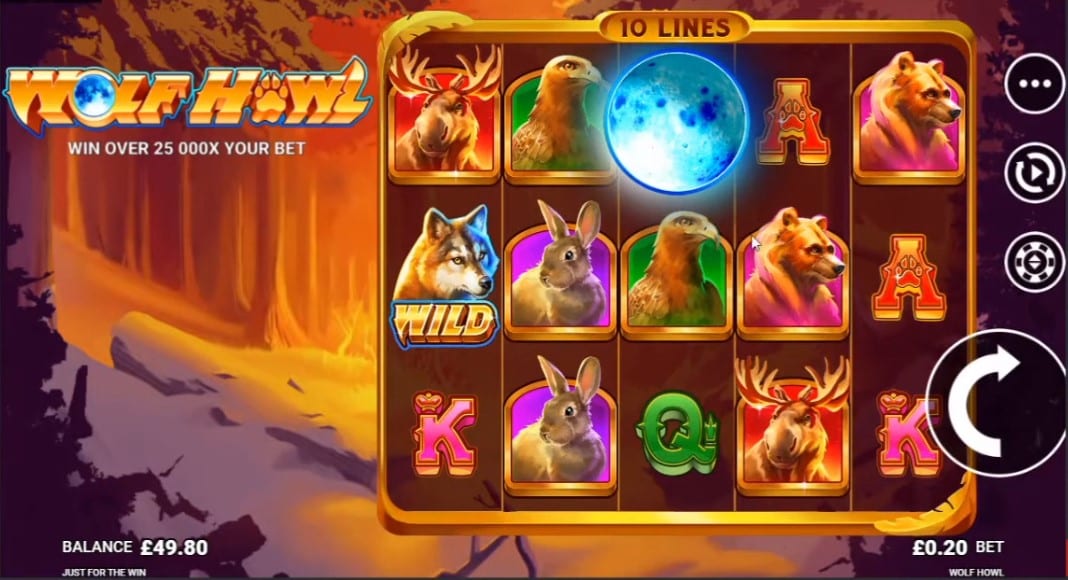 You can also bribe your way into the free spins using the paid bonus option which is a pretty cool shortcut that we don’t see too often in online slots. What this means is that you can pay between 90x to 314x your stake to essentially buy free spins. Why would you want to do this, you ask? Well, the free spins aren’t just free spins in Wolf Howl, and here’s why.

The free spins in Wolf Howl constantly re-trigger throughout the way, so even if you only earn or buy 8 right off the bat then there is a strong chance you will end up with a whole bunch more with just one or two scatters.

On top of this, the free spins round is the only place you can access the Wild Call bonus feature, which is well worth having a go at. This means that scatter symbols can randomly transfer nearby symbols into wild symbols, plus the existing wilds will be presented with a boost to their multiplier functionality up to 5x.

Our Take on this Online Slot

With a whole bunch of slot bonuses and an RTP of 96.15%, plus the ability to play from between £0.10 to £10 per spin across all manner of devices, this slot is both accessible and financially stimulating.

The 25,000x your stake jackpot is the real selling point of Wolf Howl, though, so if that sounds good to you then get playing online slots like the Wild Rover slot at UK site Wizard Slots.