Donald Trump may not believe in climate change but we at Wizard slots certainly do. Travel back in time to an era when planet earth was struggling to survive through a severe ice-age and embark on a journey through the ice in this 5 reel online slot. Spin the reels and free the character from the iced over lake as they try and free themselves from the noses of the circling sharks. This icy slot is filled with cash rewards, bonus rounds, and free spins. 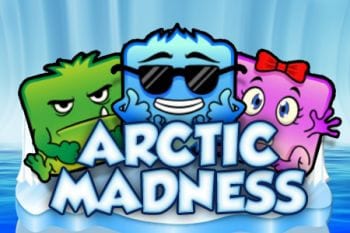 A figurehead in the RMG community: Pariplay, the slot game developer of the future. Pariplay has always prided themselves on working towards the player, working alongside multiple websites to gain ways in which they can continue to get better their in game experiences.

With over 2 dozen well known titles, we think it’s safe to say that Pariplay will always be classed as one of the ace developers in the industry. 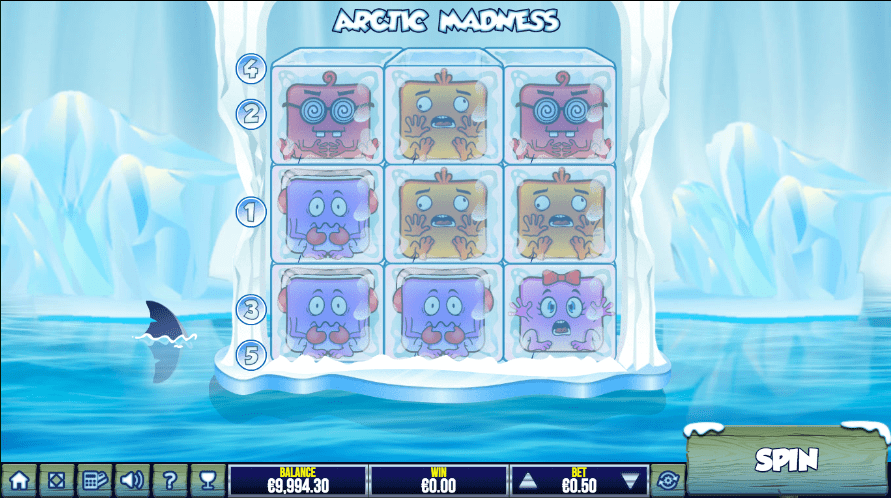 Join the Cubies in an adventure of the ages in Pariplay’s Arctic Madness! In case you didn't know, the Cubies are the group of 6 cartoon creatures that operate as the game’s symbols, each are enclosed within ice blocks and feature a specific colour, a colour you can then match to reap the rewards! Arctic Madness is a rather peculiar 3 reel, 5 payline slot, something that you don't see everyday, but then again this only adds to the unique feel of the game itself. In order to win, you must match 3 Cubies on and of the 5 pay-lines. Simple! The very enclosed nature of the ice blocks give the game a signature feel, one that is quite chilly actually come to think of it.

Matching any of the different coloured Cubies will give you a slightly different score depending on the colour. Matching the orange Cubie will grant you 2 coins, matching the pink Cubie will grant A 6x payout. The higher payouts come from both the green and purple Cubies. The green Cubie will award 12 coins with the purple one giving out 25 coins. Always always always look out for the red/blue Cubies, red will give you 100 coins whereas the blue will double that with 200 coins. The most elusive symbol you will want to match is the wild. Matching the wild (the symbol of it is basically the word wild) will give you the maximum payout of 1,000 coins.

Arctic Madness takes place on a glacier that for whatever reason has sharks circling it, knowing Pariplay this is probably a design choice in hopes that you slip on the ice. The design is as simple and basic as they come with a very nice cascading layout. The colours are bold and really bounce from the screen. The music in the background gives the game an added audio touch, that is sure to get you singing along. Arctic Madness features a very simplistic layout with the dark blue buttons being pretty much self explanatory. You have a buttons for the stake, total bet and play. Simple! After each successful spin the winning symbols will be replaced for possible higher bonuses.

Landing 3 of the purple gift box symbols will trigger a pick’em style ‘Bonus’ feature. In this round you will be transported to a new location: an ice cave where you must drop icicles onto specific Cubies. Each Cubie you skewer will add more into your overall score. There is a lot of time here for you to skewer quite lot of Cubies which will reflect in the final score.

Arctic Madness is as creative as it is fun. You’ll be racking up hours upon hours of this game in no time. It’s simplistic design and choice of colourful characters make it a must play for any avid fan of online slots. 8/10

An equally wacky slot is our 1can 2can slot.