Take a trip deep into the jungle to uncover the buried treasure that lies deep in the heart of the volcano with this exciting scratch card game. Volcano eruptions is a slot that is filled with fun at every corner, some would say its literally erupting with it. Providing players endless hours of fun on slot volcano eruptions. Try online slots in the UK similar to this one.

NextGen Gaming is an experienced developer of online slot games who has brought you stunning games such as Shangri La and Xing Guardian. For nearly two decades they have been bringing you visually stunning games with captivating themes that keep you entertained from start to finish. Find more slots similar to this one at Wizard slots. 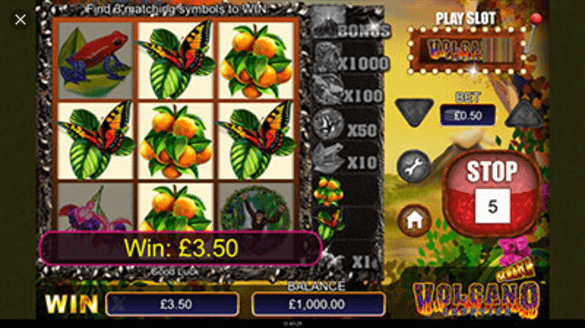 Step into the jungle and you will find a steaming volcano at the centre. The music and sound effects in the background give this game a post-apocalyptic feel to it. This online slot game has 5 reels and 25 paylines. It can be enjoyed on the go with both Android and iOS platforms, making it so convenient that you will never want to go back to the paper version again.

Though you may miss the tactile feeling of scratching away the silver coated card, NextGen has ensured the animations of the game are so awesome you will soon forget all about that. Games start at 20p and can go up to £200. With prizes of up to an impressive 50, 000 times your stake that means that if you play just £2 per game you could be in for a whopping £100, 000 jackpot! Trek into one of the best UK slots online that grants explosive jackpots and bonuses when you play!

Your reel icons are lizard, monkey, oranges, a parrot and letters giving you that jungle vibe. The volcano is both the Wild and the Scatter, and when the central volcano erupts in the game the entire reel will fill with wild cards. The 3 x 3 grid on your screen is covering the symbols on the reels. To reveal them, you have two options.

First, you can manually clear away the coating to reveal your symbols just as you would with a traditional scratch card, the big difference is that you will be doing this on your mobile and instead of using a coin you will be rubbing the screen. If you don’t want to do that, there is a ‘Reveal All’ which you can click on to see all the symbols at once.

There is also a third option called Autoplay. Here you will have to place your bets in advance for the number of cards you would like to scratch and then select the Autoplay button. The game will play on its own until the bets are over or until you have won big.

Scratch Volcano Eruption also has the Eruption Feature. With this feature, you will be rewarded with 5 re-spins whenever you hit 3 volcanoes on the reel. The third reel becomes an expanded wild and the reels selected by the payline get converted into wilds during the re-spins. For scatter pays the volcano in reel 3 is counted only once. However, the big money can come from the bonus feature: the Ladder Bonus. 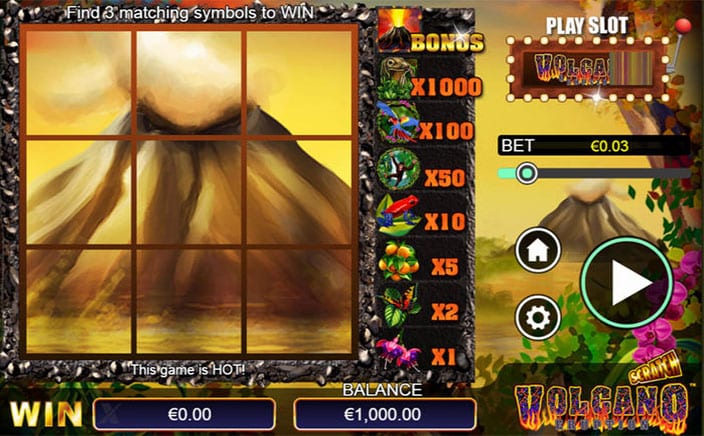 To trigger the Ladder Bonus game you have to be lucky enough to find three matching volcano symbols. You’ve got to collect as many flames as possible to climb the ladder, and the higher you climb the bigger the prize.

If you scratch away 3 flames this will deliver you 5x, four pays 10x, five pays 15x, six pays 25x, seven pays 75x your stake, at this point, it’s where things begin to erupt. Eight will reward you an incredible 5000x your stake, and nine will pay an incredible 50,000 times your stake which will be an explosive win no matter how large your initial bet was. 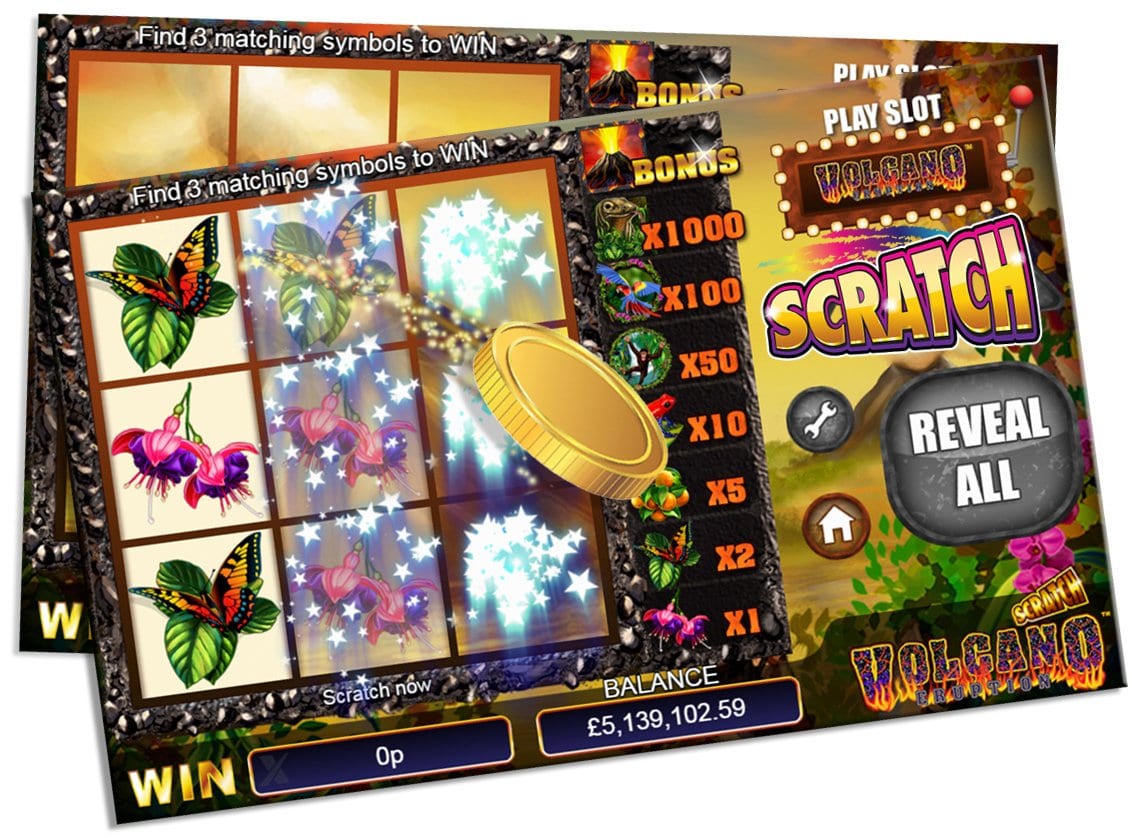 Immerse yourself into this visually stunning scratch card. With different play options and high stakes, what's also exciting about this game is that you can win more than one prize on any single scratchcard.

The volcanic eruption theme is not one to be missed, and out of the few scratch cards that are on the market this Volcano Eruption scratch is certainly one of the best. Why not try out Volcano Eruption Slots Game.