Prepare to have a very classy Christmas thanks to this festive yet sophisticated slot from the talented team at Eyecon. With three progressive jackpots on offer, you can look forward to some very nice presents under this Christmas tree! Feel the holiday mood as you play online slots now!

Players are welcomed by an inviting opening screen framed with holly and pine cones. A snow-covered Christmas tree lies within an immaculate snow globe, whilst golden bells tinkle gently in the corner. Try not to get tangled up in the spiralling red and gold ribbons during the game itself!

Within the reels, you will be transported to a more traditional time. There are no iPhones or Gameboys in sight – instead, this year’s presents are hand-made wooden objects such as a beautiful rocking horse, a patterned rattle, colourful building bricks, or a plush teddy bear. If you are lucky, you might get your hands on the best present under the tree – the pretty snow globe itself!

Brisbane based Eyecon was established in 1997. Their expertise spans both land and online gaming, with their first online slot – Temple of Isis – being released in 2003. Since then their games consistently appear in Top 10 Games of the Year lists, demonstrating their sustained hegemony within this sector.

Eyecon’s games are frequently cartoon-like and colourful, but there is something more sophisticated in the red and gold design of Very Merry Christmas Jackpot. For more festive games, why not try Santa’s Wild Ride or Scrooge.

Go ahead and play online slots games similar to this game, offered by this developer on Wizard Slots site. 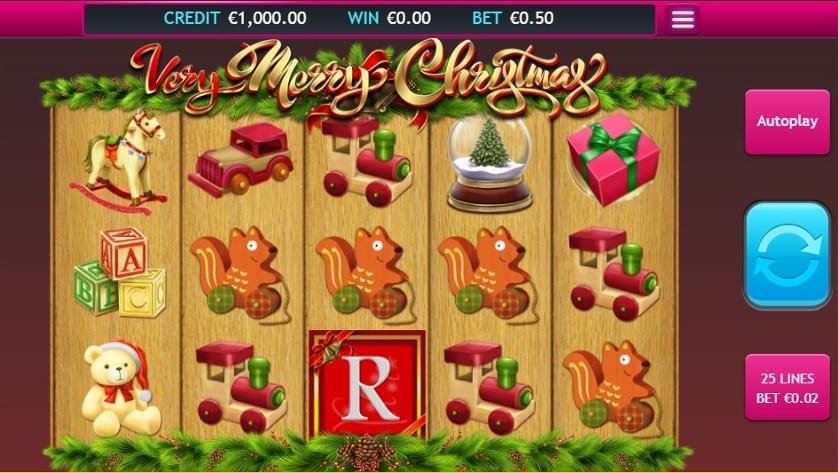 This a 5 reel slot with 25 paylines and an RTP of 89.9%. In addition to this, the RTP of the Jackpot is 3%. An autoplay feature can be activated so that you are free to unwrap your presents as the reels spin themselves!

The highest payout is secured by lining up the letter symbols so that they spell out ‘MERRY’ when read from left to right. But before that, also check our post with best slots based on RTPs when you click here.

In addition to this, players can look forward to free spins awarded by the Scatter Symbols and multiplied winnings with the help of the Snow Globe Wild. Additional bonus features include a Prize Pick round activated by the Green Present Scatter, and a Match & Win bonus linked to the Red Present Scatter.

Excitement is ensured thanks to 3 progressive jackpots, which can be triggered at any time, and a gamble round which gives you the chance to double your wins after every successful combination. Watch out because if you make the wrong choice during the gamble round your prize will be snatched from you! 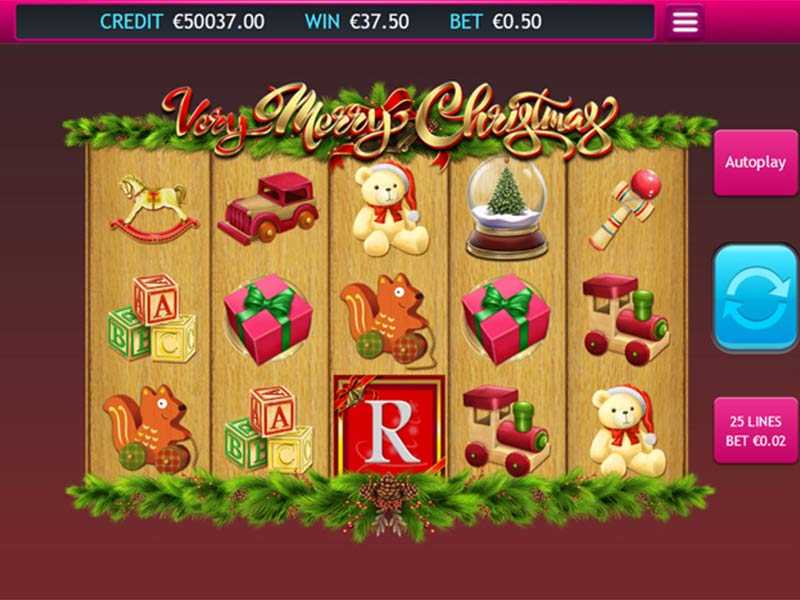 Players are sure to feel the festive cheer after spinning the reels of this charming Christmassy slot. Unlike many Christmas themed games it avoids feeling tacky thanks to the classy red and gold colour scheme and traditional wooden presents featured on the reels. Players are certain to feel nostalgic for simpler times when the greatest joy was laughing on the rocking horse or playing with a wooden train.

The game is also packed with bonus features so it will feel like Christmas day has come early.