How close can you get to recreating a Disney classic without breaking certain copyright laws? Quite close apparently if you look at Aladdins Loot: a slot from developers Saucify, a developer who happen to be experts in this field.

Pretty much all of the visuals in this slot are a reflection of the Disney movie that came out so many years ago. Even the genie seems to be a direct reference to the Robin Williams voiced character.

This is no doubt a slot for players who feel a sense of nostalgia when it comes to seeing these types of stories and immediately thinking Disney. Expect flying carpets, lamps that grant wishes, a temple of untold secrets, as well as a variety of outside emotions. Wish to learn more? Read below and play slots online at this link.

A company was formerly known as BetOnSoft, Saucify: an established name in the industry, responsible for titles such as Alpha Squad and Tails of New York. These guys have an emphasis on lasting experiences, experiences that reflect trends and player interests. These guys know what to do to create the best possible slot experiences out there, and they show no signs of slowing down.

There are not many game devs out there that share the same passion as these guys. Saucify is a name to be reckoned with trust us. You need only play this slot out for yourself to see this for yourself. Take a look at these UK slots games online by Saucify. 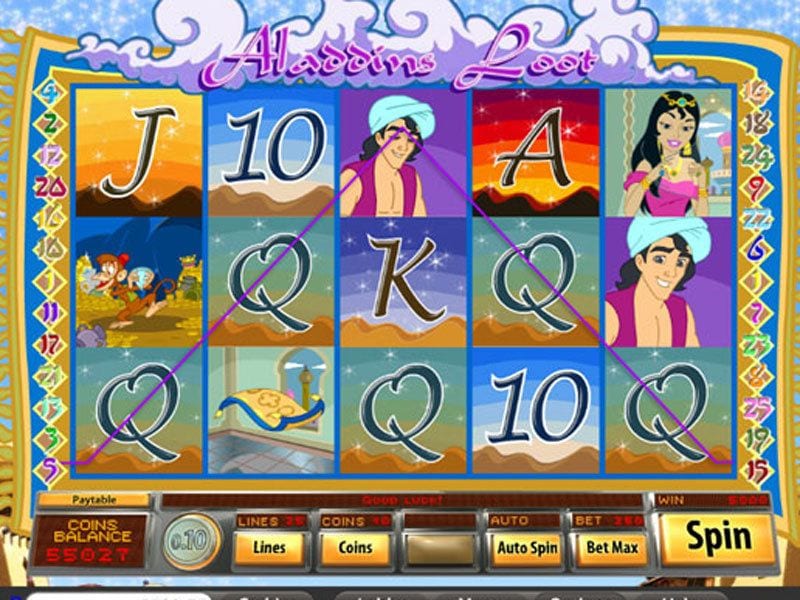 The sounds of this slot are also something that is trying to latch onto its inspiration, with an Arabian song playing off into the distance as you spin on these reels. Be one of the players to experience the magical feeling brought by one of the best UK slots!

Aladdins Loot is a 5 reel, 3 row over 25 adjustable pay-line slots. To begin this slot all you need to do is simply select the amount of money you are willing to bet and go from there. Every symbol in this slot is represented by a different numerical value, some symbols score higher than others which should take priority over other symbols.

The Aladdin symbol is the highest paying symbol on this board. This symbol is also the wild symbol and will substitute other symbols on the reels for scatters which can open the chamber to even higher scores. 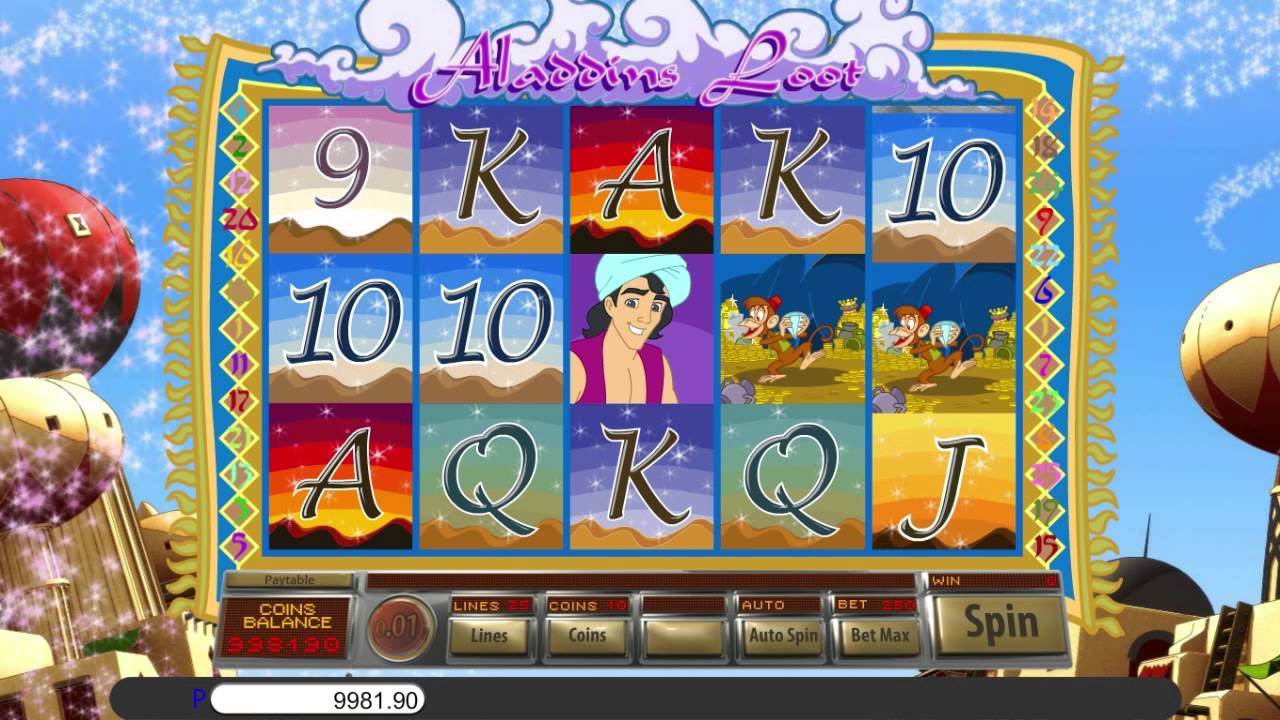 The story of Aladdin is a relatively known one thanks mostly due to the aforementioned Disney iteration. If you are someone who doesn’t know the story of Aladdin, then what better crash course than to play Aladdins Loot?

The word loot in the title is very apropos in a sense, as there is quite a lot of look available here that is ripe for the picking but be warned. Knowing when and where to cash out will be the difference between being a Jafar and an Aladdin. Play this slot today? 8/10 If you enjoyed Aladdins Loot you may also like Alpha Squad Origins slot