Join the reclusive wise wizard to conjure up some of the most enchanting 5 reel potions around to dazzle the online UK slots. This game is simply magic, line up the stars and include the correct mix of ingredients and you’re in with a chance of winning up to 30,000 credits. 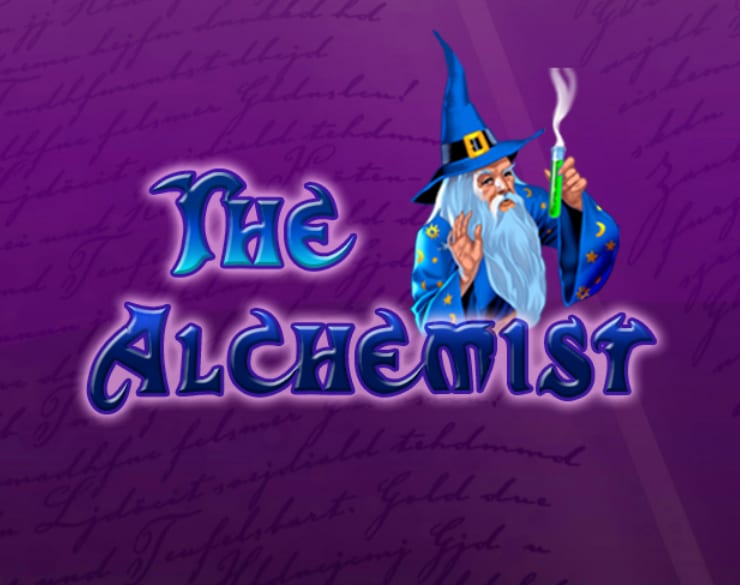 With over 40 years in the online entertainment industry, Novomatic is firmly on its way in becoming a dynasty for online slots and casino games. Novomatic has released over 90 titles over the course of 4 decades as one of the longest running online game developers of all time. For
Novomatic it’s all about creating a worthwhile experience for multiple different types of
demographics and slot games fans for us here at Wizard Slots 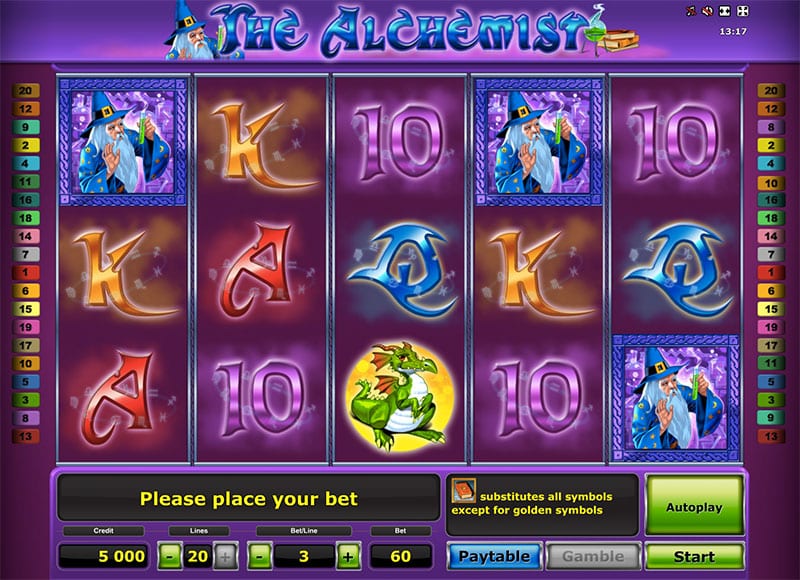 What kinds of concoctions can you create with The Alchemist you may ask, allow us to answer that for you: money and lots of it. Available on all devices, The Alchemist is a 5 reel, 20 payline game from industry giants Novomatic. Games can be played from as little as 40p a spin. So if you're a wizard on a budget you can play this game with the greatest of ease. Like many of Novamatic’s past titles, the big payouts are going to come from multipliers and bonus features. The bonus game feature will give the player the chance at possibly increasing the size of their bet by 200!

This feature can also reward players with up to 15 free spins to do with as they choose. Once this feature begins, 1 symbol will be chosen at random. This symbol will serve as the golden icon. Match this golden symbol and watch as the money starts appearing out of thin air! To unlock this bonus round simply match 3-5 spell-books and watch as you begin to cast out a much bigger payout. Now that’s magic!

Visually speaking The Alchemist looks like it takes place in Prince’s imagination. Lots and lots of purple with an emphasis on bright colours and magic based themes. Second of all the graphics are incredibly simple and very user-friendly for a game where the main goal is to match some very interesting symbols. Symbols include potions, spell-books, dragons and of course the Alchemist himself! This crafty wizard will be the main target, as matching him in any row gives you the highest possible payout of all other symbols.

Look out for the scatter appearing as 3 or more will trigger another round of free spins – giving you a potential total of 30 free spins. What it lacks in style it certainly makes up for in substance, the basic design of The Alchemist is a representation of the game itself, the symbols are the potions and you are the wizard. You create magic every-time you match the symbols; it’s not meant to be flashy, especially when you begin to reap the rewards.

Online slots have always pulled focus from many different mediums in an attempt to try and make an enjoyable experience for you the customer. Novamatic’s The Alchemist succeeds in giving you an experience that is not only memorable but also enjoyable, it’s quirky nature and different features make it a highlight for any slot enthusiast no matter the occasion. 8/10

If you lived Alchemist then why not try Genie Wild